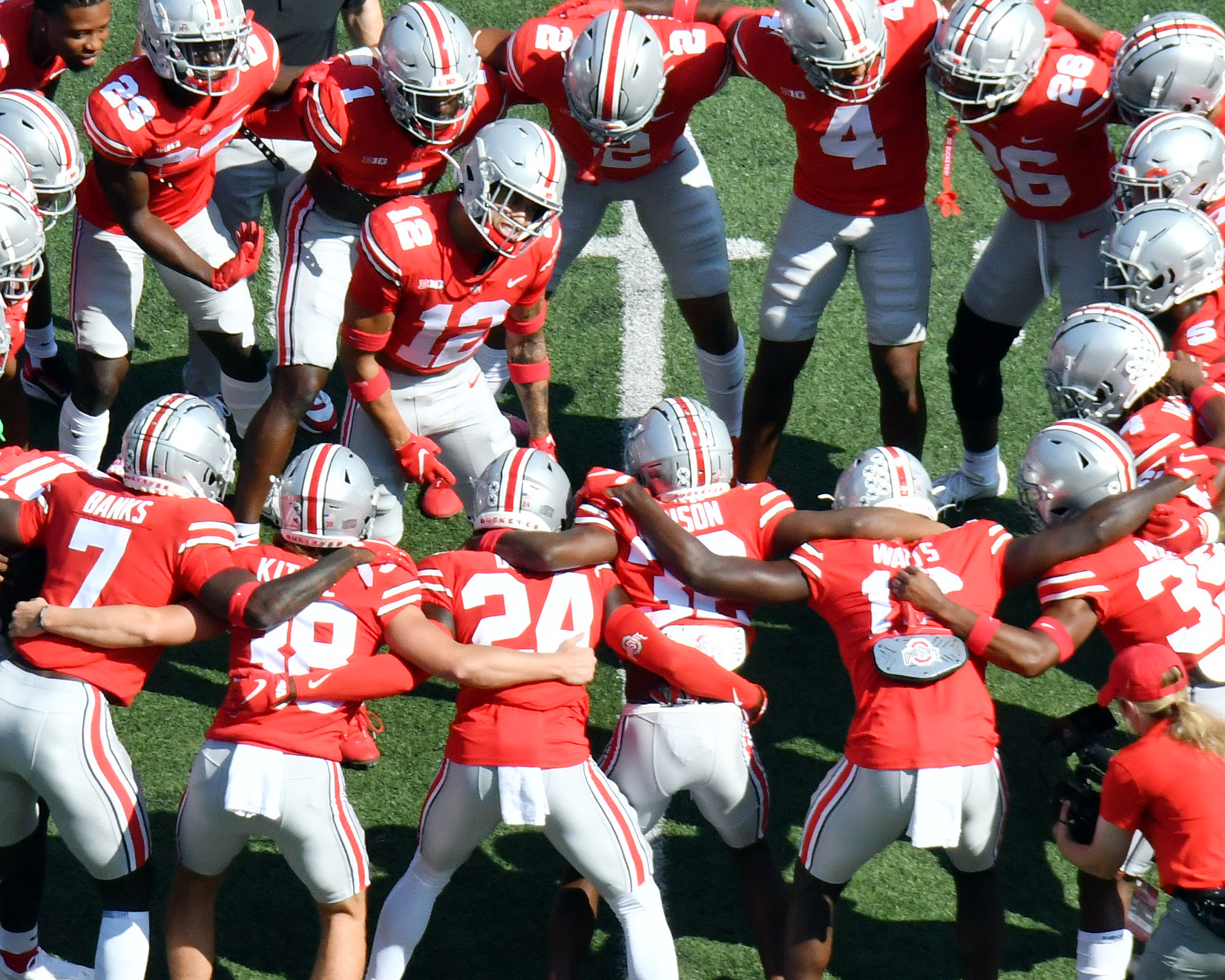 I left the press box on Sept. 11 following Ohio State’s 35-28 loss to Oregon with the sense that I had not yet fully grasped the depth of Ohio State’s defensive issues, which were significant enough against the Ducks to spark a personnel change from head coach Ryan Day. Matt Barnes, who remains on the sidelines, called the plays for the Buckeyes a week later while coordinator Kerry Coombs, no longer coordinating or seemingly doing much of anything, moved up to the press box.

Having seen Barnes’ first shot at reworking the Ohio State defense, first live and now on the rewatch, I find myself with no more answers on why this Buckeye defense is what it is.

The Oregon game gave me the distinct impression that Ohio State’s largest issues are with execution above scheme or play calling, and shockingly, altering the latter two slightly really didn’t do a whole lot to impact the former. Ohio State’s defenders still looked frequently lost, out of position, or slow to the ball (or all three at once).

There were fewer truly blown assignments, which is a step in the right direction. Still, a Tulsa team that isn’t especially good at passing the ball did so with very little resistance from the Buckeyes, even though there were far fewer plays without a defender in the vicinity as Oregon so gleefully took advantage of.

Maybe there is a scheme issue, but these intermediate passing lanes weren’t open under Jeff Hafley in 2019. It’s the same system. You can make the argument that the talent is worse, but the recruiting data certainly doesn’t back that up, and those linebackers were fresh off two years of Billy Davis coaching – not usually conducive to development.

Rather, it looked more like Ohio State’s players, pretty much regardless of the plays called, just can’t make it happen. Those linebackers are so keyed in on getting to the right place that they don’t have any time to actually find the receivers drifting behind them. The defensive line beginning to get something going could be a big helper, but it didn’t against Tulsa and likely won’t suddenly get better against more talented offensive lines, of which there are seven left on the schedule.

More concerning than that, even, is that the Buckeyes dialed up blitz looks (blitz looks that I liked quite a bit, even) and still only arrived at the intended goal twice, both by defensive tackles.

Haskell Garrett described that dynamic – the one where the quarterback is throwing the ball quicker than the pass rushers can arrive – as the result of fear of Ohio State’s rushmen after the loss to Oregon. Beyond the silliness of calling this group the rushmen, that just seems untrue.

I’m not sure who would fear this group right now, and I’m even less sure that Garrett isn’t just confusing fear for excitement about being able to throw against this back seven for 60 minutes. If receivers are open, it’s pretty easy to get that ball out early.

That leaves the Buckeye defense in a spot that just doesn’t seem to have an obvious solution. I didn’t have many issues with some of the new looks that Barnes instituted (although if you’re going to drop a defensive end into coverage while blitzing a pair of linebackers, the defensive end has to be more athletic than Jacolbe Cowan). I think adding some new sets, namely from two-high safety looks, is a smart idea if for no reason beyond having four or five plays that you stink at is a little better than having two.

But it’s hard to imagine that these defenders are going to get a full education in these schemes in the middle of the season, especially if they didn’t get one in the eight months before it. Execution and comfort within the system is Ohio State’s biggest flaw, and it didn’t address that in the time of the year when it was supposed to. Doing it on the fly would be quite the task for a good coaching staff, let alone this one.