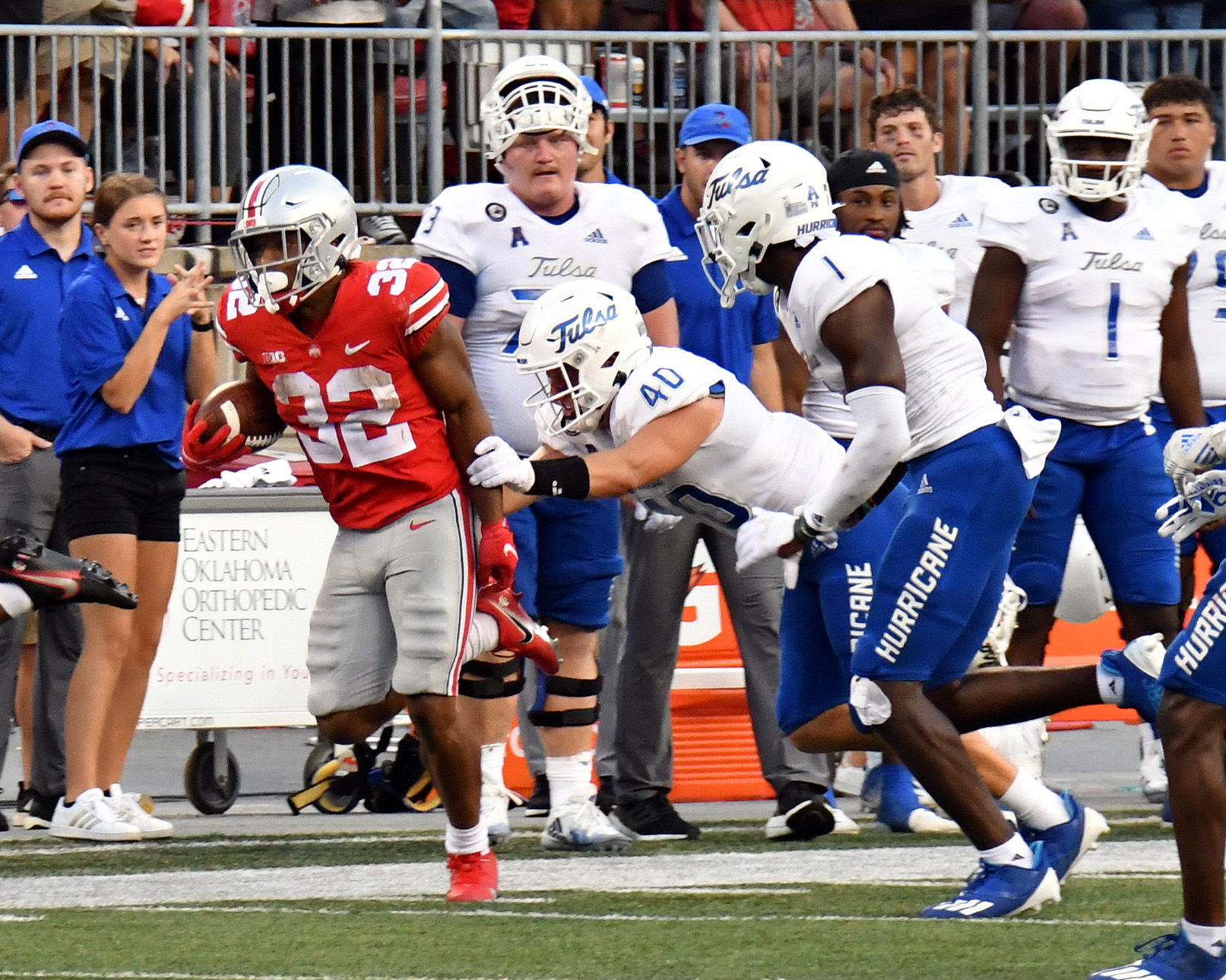 For the third consecutive week, Ohio State has claimed the Big Ten Freshman of the Week title, but this time, the Buckeyes have earned a nod for Offensive Player of the Week as well.

Henderson shared the Offensive Player of the Week honors with Michigan State quarterback Payton Thorne, who completed 18 of 31 passes for 261 yards and four touchdowns in an upset 38-17 victory for the Spartans over then-No. 24 Miami (Fla.). Michigan State, which has started 3-0 for the first time since 2015, leaped to No. 20 in the AP poll after the performance.

Penn State linebacker Brandon Smith earned the nod on the other side of the ball, racking up 10 tackles, one TFL, one deflection and one quarterback hurry in Penn State’s first win over an SEC foe since 1990, a 28-20 victory against Auburn. The Nittany Lions are up to No. 6 nationally.

Rutgers receiver Aron Cruickshank and Maryland kicker Joseph Petrino share the Specialist of the Week honors. The former recorded his first punt return touchdown (62 yards) and fifth career special teams touchdown, while the latter hit a 32-yard field goal to give Maryland a 20-17 victory over Illinois as time expired.