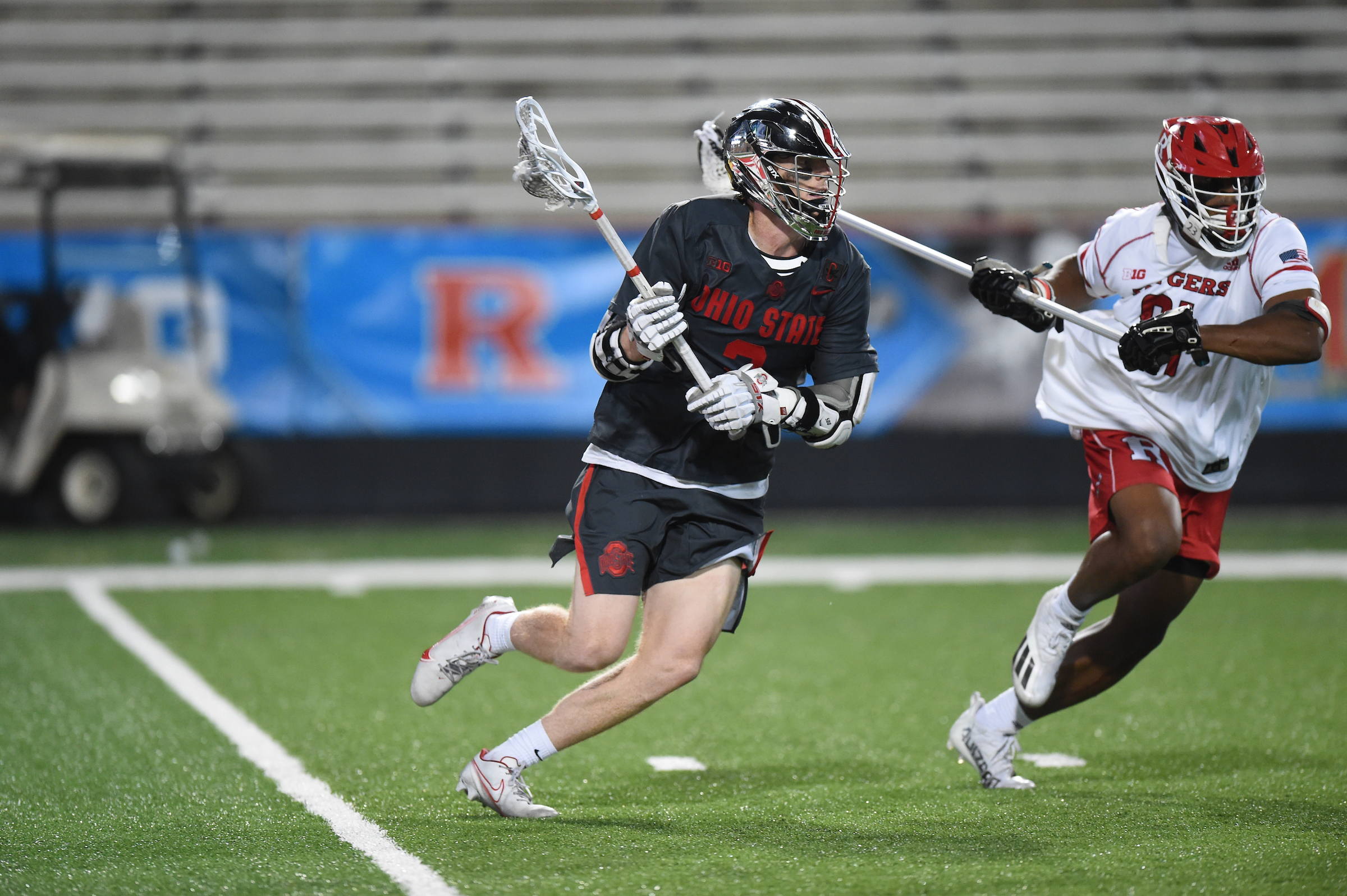 Ohio State men’s lacrosse is headed to the NCAA Tournament for the seventh time in program history, earning an at-large bid after finishing the season with a 10-5 record.

The Buckeyes’ fate was left to the NCAA as a potential at-large bid after falling to Rutgers in the Big Ten Tournament semifinals.

With the berth, Ohio State will travel to Ithaca, N.Y., to take on seventh-seeded Cornell in the first round at 2:30 p.m. on May 15. These teams faced off earlier this season, with the Big Red earning a 14-11 win.

This is the first tournament appearance for Ohio State since 2017, when the Buckeyes advanced to the national championship game for the first time in program history.

“We’re thrilled to be able to extend our season and play in the NCAA Tournament,” said head coach Nick Myers. “To be in this position is a huge credit to the leadership on this team. They’ve guided us through a very challenging schedule and the gauntlet that is the Big Ten. Having the reward of playing next weekend is significant and we’ll immediately get to work to tackle the task in front of us.”

The winner of the opening-round matchup will advance to the NCAA quarterfinals on May 22 at Ohio Stadium to face either Delaware, Robert Morris or No. 2 Georgetown.

Undeterred by the elements, the No. 4-seeded Ohio State men’s tennis team earned victories over Youngstown State (4-0) and Columbia (4-0) in the first two rounds of the NCAA Tournament.

The Buckeyes scored a decisive victory over the Penguins, winning every set on the afternoon, and kept momentum rolling with another dominant effort over the Lions the next day, sweeping all but three matches.

Ohio State will host No. 13 USC in the NCAA Super Regional on May 14. The winner will go on to face either No. 5 Michigan or No. 12 Texas in the quarterfinals.

The Ohio State softball team swept a doubleheader against Maryland (6-0, 8-5) on Sunday to finish the regular season with a 33-14 record and a 13-9 mark in Big Ten play.

The tournament semifinals will be played back-to-back on May 13 beginning at 2 p.m., and the championship game will be played at 1 p.m. on May 14. All games will be broadcast on the Big Ten Network.

While men’s tennis will play into next weekend, the season came to a close for the No. 10-seeded women’s tennis team with a 4-2 loss to Vanderbilt in the second round of the NCAA Tournament.

The Buckeyes got to that point by defeating Illinois State, 4-0, in the opening round. It was a dominant effort for Ohio State, including wins in singles by Shelly Bereznyak and Luna Dormet in which they did not drop a game.

Against the Commodores, the Buckeyes fell to a 3-1 deficit after Vanderbilt won the opening point in doubles and responded to a win by Ohio State’s Irina Cantos Siemers in singles with back-to-back singles wins.

Sydni Ratliff defeated Anessa Lee to pull Ohio State within one, 3-2, but the Commodores closed things out with a 6-4, 1-6, 6-3 win on court six, with Amy Stevens going over Dormet.

“It just wasn’t a good day today,” head coach Melissa Schaub said. “We haven’t been playing our best down the stretch and that’s something we need to look at closely. It’s a long, tough season and we just weren’t where we needed to be. I’m obviously disappointed, but proud of our season up until this point. Looking ahead to next year, I feel we will have a good group in the locker room and a bright future.”

Ohio State finishes the season with a 21-6 record and an 11-0 mark in conference play. This was the eighth consecutive tournament appearance for the Buckeyes.

Koontz won both matches in his bracket, defeating Axel Andre Salas Esquivel of Mexico, 9-0, and dominating Brandon Jesus Escobar Amador of Honduras in an 11-0 win.

Boykin went 2-1 during the event, earning a win over Eduardo Ivan Garjado Meneses of Chile due to injury and then defeating Luis Gerardo Rivera Alvarado of Mexico, 9-0.