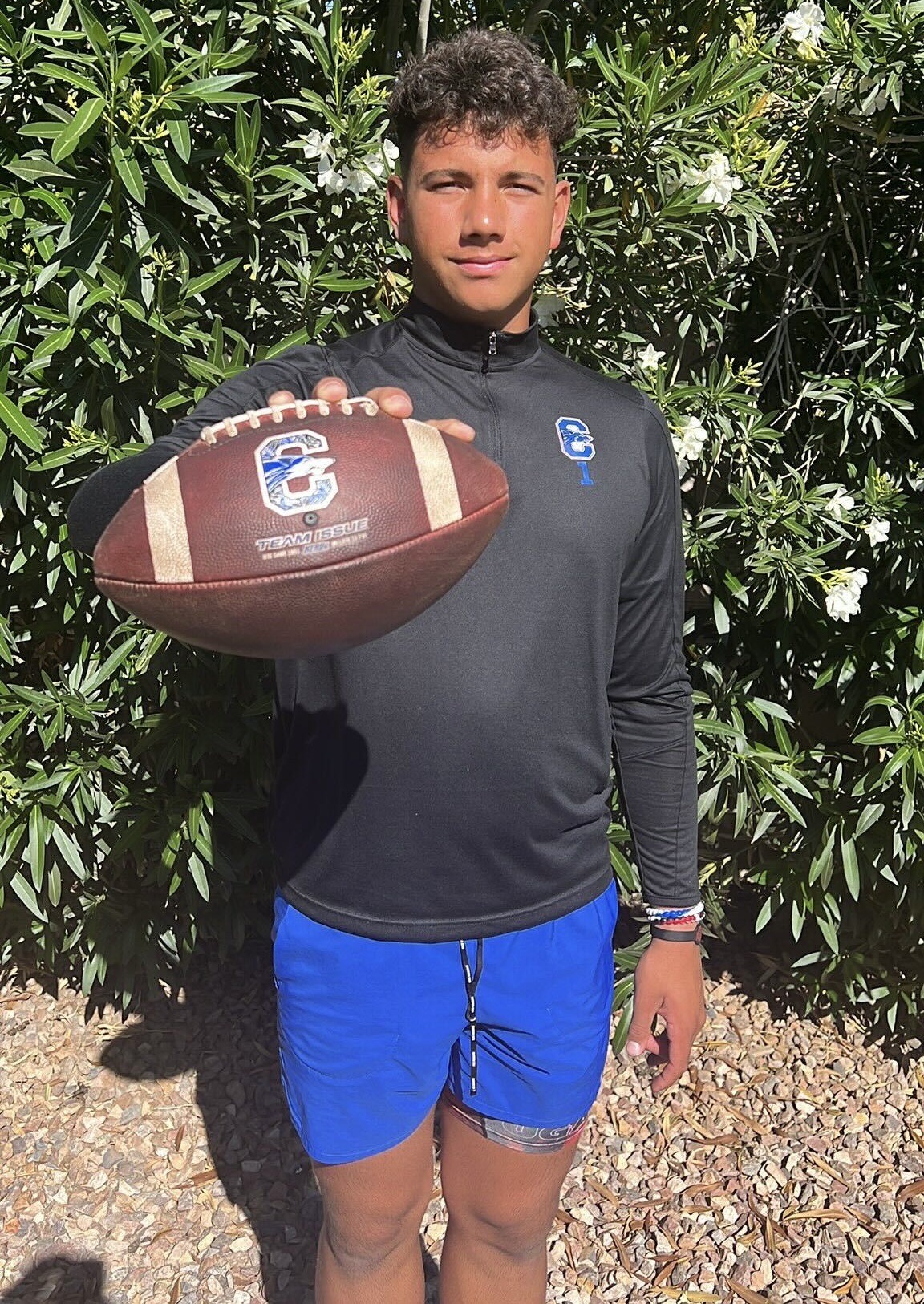 Ohio State has found its quarterback of the future. Chandler, Ariz., five-star quarterback Dylan Raiola (6-3, 225), one of 2024’s top prospects, committed to Ohio State on Monday – also his birthday – wrapping up a fast and furious recruitment that will add another high-profile signal-caller to the Buckeyes’ quarterback room.

Raiola had been quiet in recent weeks leading up to his commitment, last on campus for Ohio State’s spring game on April 16. That was his second visit in as many weeks, also visiting Columbus the weekend prior. He’s the No. 8 overall prospect in his class and the No. 3 quarterback, according to the 247Sports composite rankings, trailing only Carlsbad, Calif., five-star Julian Sayin and Charlotte (N.C.) Providence Day five-star Jadyn Davis.

He holds over 25 offers from Power Five schools, electing to commit to Ohio State over the likes of Alabama, Clemson, Georgia, Oregon and USC, as well as Nebraska where his father, Dominic, is a former All-American center who played from 1998-00.

In his sophomore season, he passed for 3,341 yards and 32 touchdowns (and rushed for nine), leading Burleson High School in Texas to an 8-4 record and earning Texas District 5-5A-II Offensive MVP honors. He completed 228 of 350 passes while throwing just five interceptions, and will be transferring to Chandler for the remainder of his high school career.

Raiola’s commitment provides some immediate clarity for Ohio State at quarterback for the next several seasons. This season will almost certainly be the last for Heisman-finalist C.J. Stroud’s in Columbus, setting the stage for either sophomore Kyle McCord or freshman Devin Brown to play in 2023 and 2024, with Raiola as a potential option beyond that.

“Raiola is a player who has very few holes in his game even though he has two more years of high school left,” said 247Sports recruiting analyst Chris Singletary said in April. “He is ahead of the curve with his mechanics and has the arm strength that puts him in elite company. Because of his ability, physical talent and positive traits, his talent positions him to play in any offensive scheme with high-level results. The more that he plays and has reps, his decision-making and feel will only get faster and become second nature. Being a Power Five starter for multiple years and possibly an all-conference selection seem destined for his future.”

Raiola’s commitment puts less pressure on Ohio State to find a home run in the 2023 quarterback. As it stands, the Buckeyes’ targets in the upcoming class include Zachary, La., four-star Eli Holstein (6-4, 226) – an apparent Alabama lean – and Snellville (Ga.) Brookwood four-star Dylan Lonergan (6-2, 215), though there has been little movement on either front as of late.