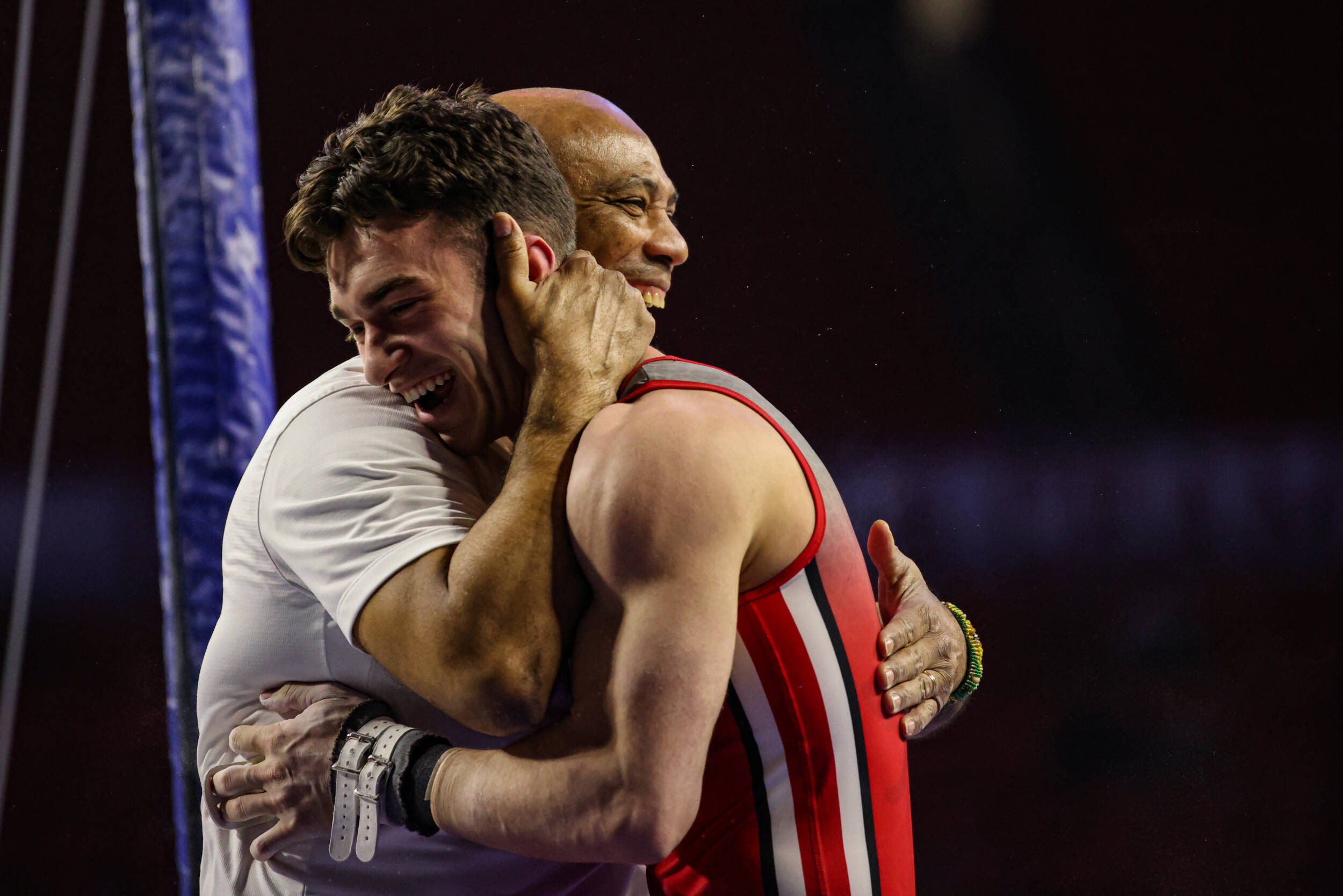 Jesse Tyndall took seventh in the all-around competition with 81.632, earning All-American honors for the second straight season. Justin Ah Chow was awarded the same distinction with a season-high 14.233-point performance on the parallel bars, making him fifth place overall. Finally, Trevor Cummings finished eighth on the pommel horse with a 13.600 to win the All-American award.

“This was not what we expected or hoped for. It was not our day, but this is our first time in the top-six since 2017, so it was a great experience for our guys,” head coach Rustam Sharipov said. “I’m proud of them. We’ll pick up where we left off next season and will be even better. I want to thank our seniors for their leadership. They’ve been a huge part of our success, especially this year, and I’m grateful for everything they’ve done to help bring this program back on the right track.”

Ohio State women’s golf shot a final round of 292 to finish with 897 total strokes in the Lady Buckeye Invitational, winning the team’s first title under head coach Lisa Strom.

Ohio State won the event for the first time since 2016 and has 16 overall titles in the tournament. The Buckeyes jumped in front with Jillian Bourdage’s 2-under 70 and maintained the lead through the second 18 to top Illinois by three strokes. Aneka Seumanutafa recorded a 1-under 71 on Saturday to finish at 6-over and take fifth. Alexis Phadungmartvorakul also finished in the top 10 with a final round of 73.

Emily Hummer competed outside of the starting six golfers. She shot an opening-round 72 and tied for third after the first round. Hummer followed up her stellar performance with another dominant outing, holding the tournament lead after 36 holes at 1-over. She finished the event in the No. 2 spot with a final round of 76 for 221 strokes.

The program’s next challenge will be April 22-24, when the Buckeyes travel to Pittsburgh’s Fox Chapel Country Club for the Big Ten Tournament.

Ohio State women’s tennis improved to 9-0 in Big Ten play and 16-4 overall with a 5-2 win over Wisconsin on Sunday. The Buckeyes earned the doubles point for the seventh time in the last eight matches before notching wins in four singles courts.

“That was a really tough match,” head coach Melissa Schaub said. “Wisconsin has a really good team, and I’m proud of how we competed. That’s not an easy place to play, and we were out there battling in a lot of third sets. We are excited to be back home next weekend and hopefully get outside.”

In singles, No. 33 Boualis put her team up 2-0 with straight sets, 6-3, 6-4 win over Mukhortova. Immediately after, No. 8 Cantos Siemers beat Markhmam in three sets, 6-3, 4-6, 6-0. Wisconsin responded with a victory on court four, but the Buckeyes responded on court five before another win for the Badgers on court six. On court three, the final match came down to a third-set tiebreaker between No. 63 Ratliff and Cai. The Ohio State freshman prevailed for the 5-2 team final in a back-and-forth battle.

Ohio State will close its regular season with two home games against Maryland and Rutgers. Both matches will take place at the Auer Tennis Complex unless inclement weather causes the event to take place inside the Ty Tucker Tennis Center.