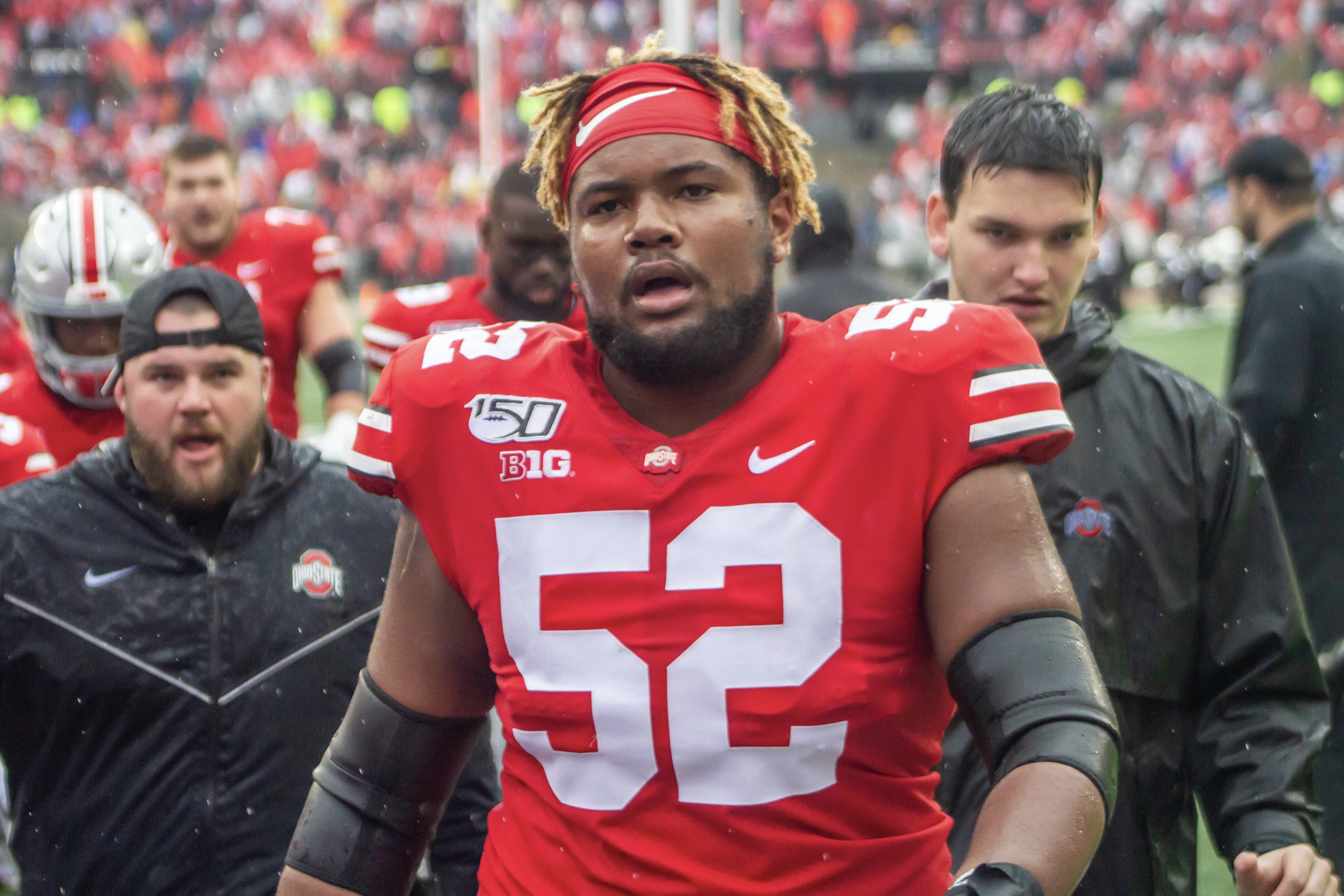 Davis, who started at right guard for the 2019 Buckeyes as a redshirt sophomore, was named to the first-team offense. The Bellflower (Calif.) St. John Bosco product helped pave the way for the nation’s No. 3 scoring offense, which averaged 46.9 points per game.

Now a fourth-year junior, Davis returns for his second season as a full-time starter with high expectations after blocking for the nation’s No. 4 offense in terms of yardage (529.9 yards per game) last season.

Fields was named a second-team preseason All-American by the Walter Camp Football Foundation coming off his dynamic 2019 season, which was his first as a starter and his first at Ohio State.

The Georgia transfer was granted immediate eligibility, and he thrived in his first season as a starter. Fields amassed 3,273 passing yards and 51 touchdowns responsible for as a sophomore, earning a second-team All-American nod from the Walter Camp Foundation.

Effective as both a passer and runner, Fields completed 67.2 percent of his passes and tossed 41 touchdowns. On the ground, Fields, who was also a former five-star recruit, rushed for 484 yards and 10 more scores.

Wade was a third-team All-American as a third-year sophomore in 2019, recording 25 tackles (16 solo), four tackles for loss, two sacks, one forced fumble, one interception and eight passes defensed. He was a five-star prospect out of Jacksonville (Fla.) Trinity Christian Academy and the No. 2 cornerback in the 2017 class behind only former teammate Jeff Okudah.