Columbus To Host The Basketball Tournament At Nationwide Arena 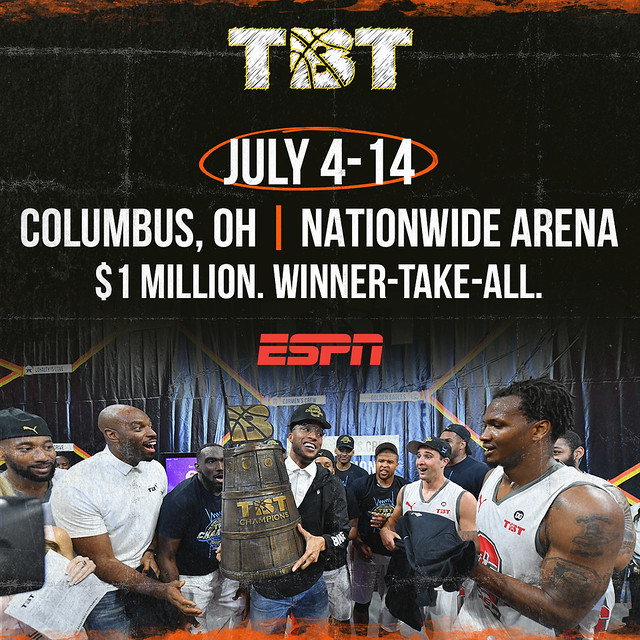 Carmen’s Crew will have the chance to defend its championship in its hometown after The Basketball Tournament announced on Thursday that this year’s edition will be held at Nationwide Arena in Columbus from July 4-14. It will be the first live basketball played in the United States since the abbreviated Big East Tournament on March 12.

“Being the first basketball event to play in the U.S. since March is a monumental task that is only possible with great partners,” TBT founder and CEO Jon Mugar said in a press release. “We can’t thank the State of Ohio, Columbus Sports Commission, The Ohio State University and Nationwide Arena enough for their support, not to mention our longstanding partners ESPN, Puma and Zelle. Everyone is unified in wanting to see basketball on TV again, and our players can’t wait to compete.”

The Buckeyes were set to have one additional team in Great Lakes Elite — whose roster featured former walk-on Jake Lorbach, guard Kam Williams and forward Marc Loving — but the team did not make the cut from 64 to 24 participants.

Fans will not be permitted to attend, while all participants will be tested for COVID-19 upon their arrival and quarantined for the duration of the tournament. They will be tested again after the quarantine period and screened regularly for symptoms, with a positive test leading to the removal of that participant’s team from the event.

“Hosting TBT in Columbus is another step forward in our state’s efforts to responsibly restart Ohio,” Ohio governor Mike DeWine said. “We’re looking forward to having live sports back in a safe way we all can enjoy.”

Columbus was originally scheduled to host a regional portion of the tournament at Ohio State’s Covelli Center on July 23-26, with the finals set for UD Arena in Dayton, Ohio.

“I couldn’t be happier to welcome TBT back to Columbus,” mayor Andrew Ginther said. “Our city is committed to following all public health recommendations in order to create a safe environment for participants. Although this year’s event will certainly be different than years past, we look forward to showcasing Columbus and providing another excellent experience for TBT.”

The bracket for the $1 million, winner-take-all tournament will be unveiled on June 16, with all games to be televised on the ESPN family of networks.