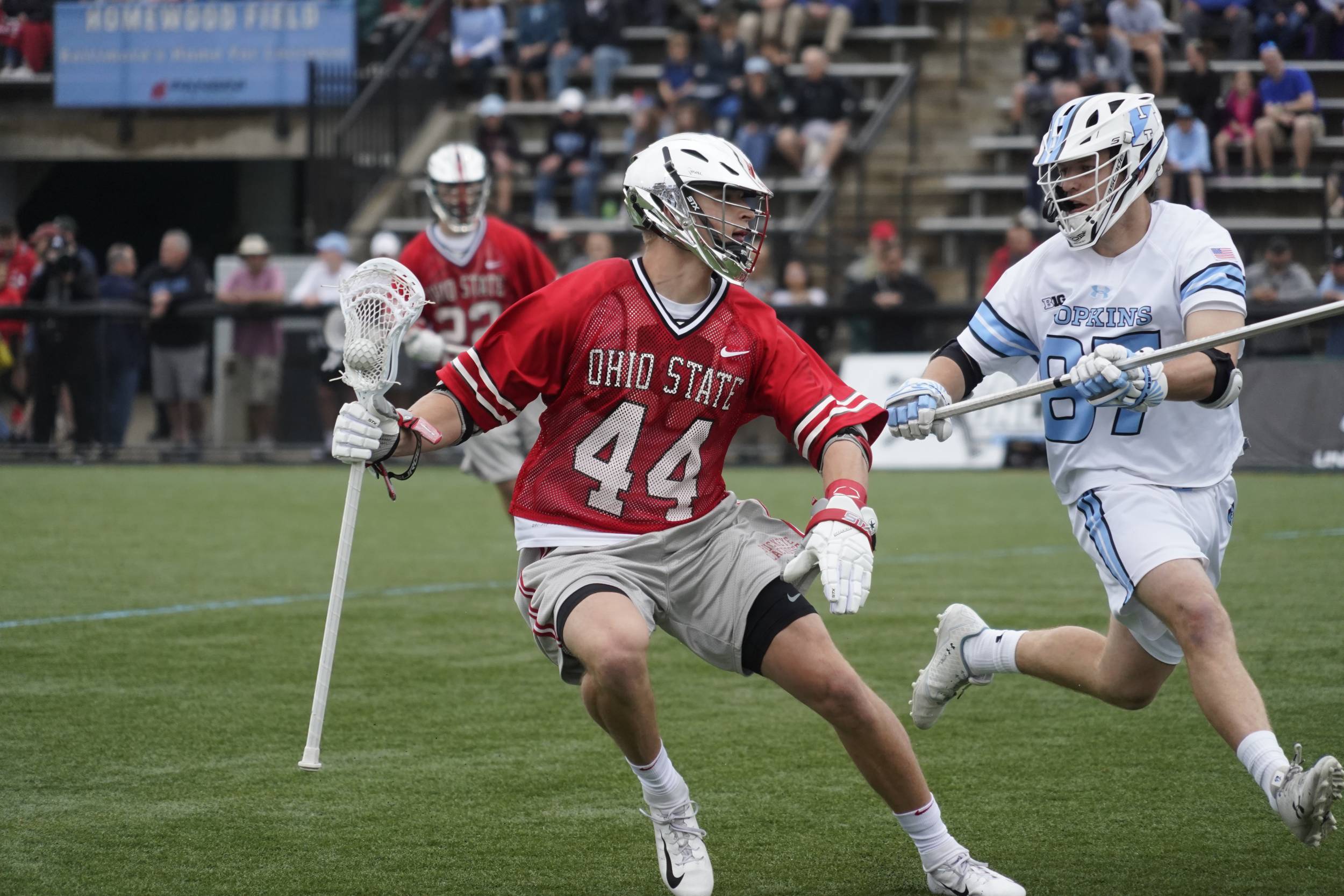 Just one day after Ohio State men’s lacrosse standout Ryan Terefenko was named to the final watch list for the 2020 Tewaaraton Award, he added to his impressive résumé.

Terefenko earned a spot on the First Team All-America by Inside Lacrosse.

Congratulations to Ryan Terefenko, a first team All-American by @Inside_Lacrosse 👊

In a season that was cut short due to the coronavirus pandemic, the Sinking Spring, Pa., native proved his value as one of the nation’s best players on one of the best teams across the country.

Despite only playing a seven-game season, Terefenko led the Buckeyes with 30 ground balls, while his average of 4.29 ground balls per game ranked No. 1 in the Big Ten among non face-off specialists.

The Buckeye senior thrived in his final game of the season, with seven ground balls in a 13-11 victory against No. 14 Notre Dame at Ohio Stadium.

None of Terefenko’s teammates earned All-America honors from Inside Lacrosse this season, and he was just one of two Big Ten players to earn a spot on the first team. Ten players from the Big Ten made either the first, second or third team, or received honorable mention.

Terefenko was a first-team preseason All-American prediction by Inside Lacrosse after having earned three All-America honors from the United States Intercollegiate Lacrosse Association.

Throughout his decorated Ohio State career, Terefenko has played in 52 games with 139 ground balls, which marks the most of any active player on the roster. He also has tallied 15 goals, 19 assists and 13 caused turnovers.

With the NCAA granting student-athletes who had their spring season cut short due to the coronavirus another year of eligibility, Terefenko, who is studying sports industry, can return next season if he chooses.