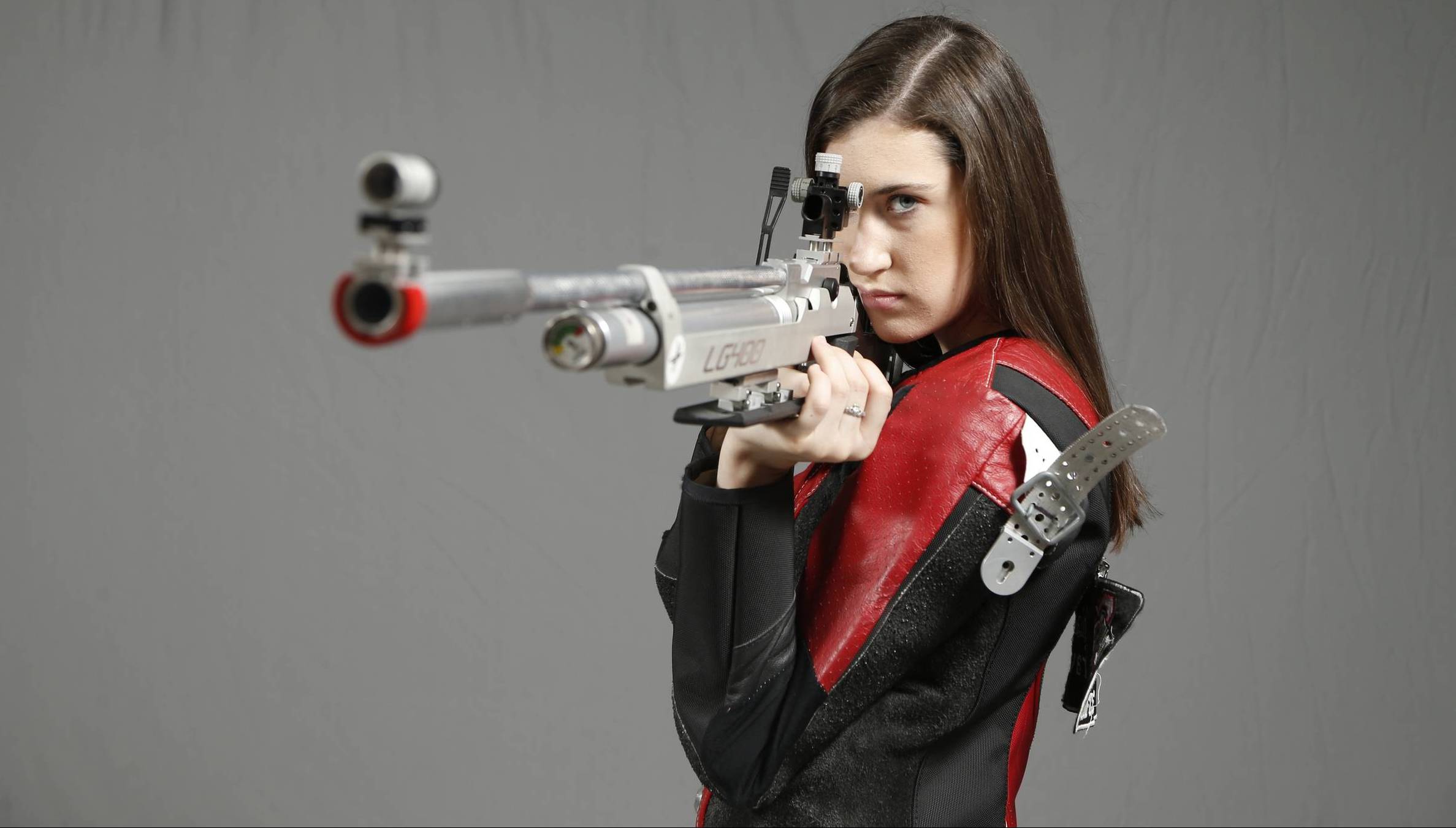 Rhiann Travis, a senior on the Ohio State rifle team, earned NRA All-America honors for the third time in her career.

An excellent student as well, Travis was also joined by seven teammates on the list for Scholastic All-Americans by the College Rifle Coaches Association (CRCA).

“A huge congratulations goes out to Rhiann and our eight Scholastic All-Americans,” head coach Ryan Tanoue said. “Being recognized as an All-American is something very special and for Rhiann to be honored for the third time in her career is a truly fantastic accomplishment.

“Additionally for eight members of our team to be named Scholastic All-Americans is a great reward for our team’s hard work in the classroom. I am very proud of the effort our team has put in on and off the range this season.”

Travis won second-team All-America laurels as both a freshman and sophomore. To earn All-America honors as a senior, she averaged a team-best 590.1 in air rifle.

The Springtown, Texas native guided the Buckeyes to victory against then-No. 5 Air Force when she fired a 595 on Jan. 25. The epitome of consistency, she posted a ‘counting’ score in every single competition this season, in both air rifle and smallbore.

A four-year standout, Travis, set the school record in the air rifle as a freshman with a 598 at the NCAA Qualifier.

Tanoue has mentored six different All-Americans to a total of 11 recognitions in eight seasons at the helm of the Ohio State rifle program. The Buckeyes have accumulated 27 All-America honors by 19 different Buckeyes.