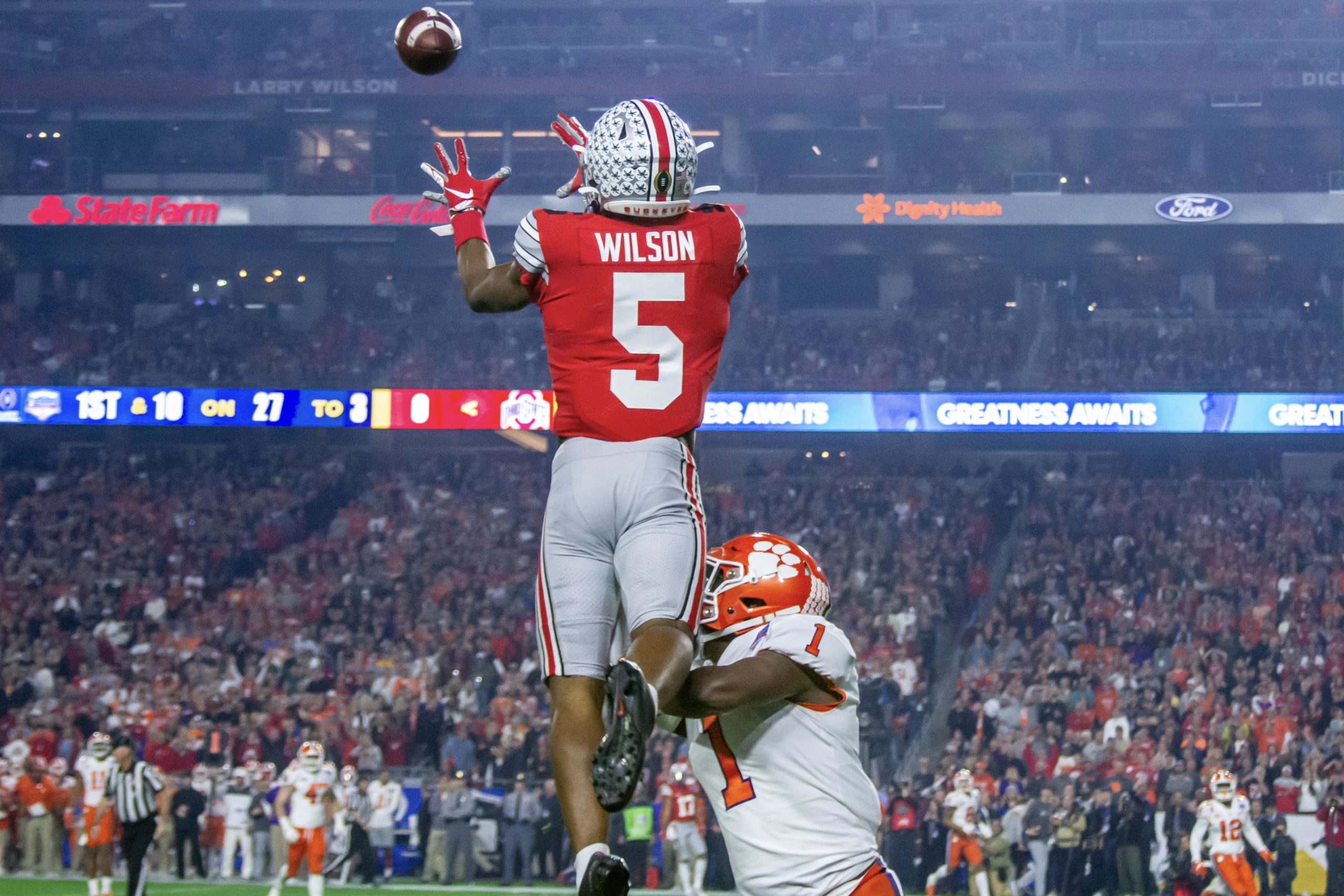 Behind Enemy Lines is Buckeye Sports Bulletin’s newest series on how teams outside of Ohio State — but relevant to the Buckeyes through history or through skill level — are recruiting in the current cycle. Up next is Texas.

Ohio State’s 2017 recruiting class is, to this day, the best recruiting class in the modern era based on the average rating of the recruit. A lot of that success came because of the Buckeyes success in the state of Texas, where Ohio State earned five commitments, including three players that ranked within the top six of the in-state rankings.

Those three players? Five-star cornerback Jeff Okudah, the third selection in the 2020 NFL Draft, five-star linebacker Baron Browning, who comes into his senior year with 15 tackles for loss, six sacks, and almost certainly, a spot in the starting lineup, and four-star running back J.K. Dobbins, the first 2,000-yard single-season rusher in program history.

Those losses, among with others within the program’s state borders, led Texas and head coach Tom Herman to focusing their efforts more inside the Lone Star state.

“I remember the last couple of years, Texas fans would turn on an Ohio State game or just put on a nationally televised Ohio State game and you’d see these Texas recruits just dominating, and it’s like, where the hell was Texas with this?” Alex Briseno, Texas football and basketball writer at the Dallas Morning News, told Buckeye Sports Bulletin.  “(Herman’s) said this since he arrived in Austin, that there’s going to be a significant emphasis on recruiting in this state.

“I think they’ve realized if they can succeed at recruiting Texas, especially the Houston and Dallas areas, that they can be alright.”

Herman, who was formerly Ohio State’s offensive coordinator from 2012 to 2014, has shown a strength in recruiting since becoming head coach of the Longhorns in 2017, putting together three-straight classes starting in 2018 that ranked in the top 10, including a pair of top three finishes in 2018 and 2019.

Among the 72 commits Texas had in those three seasons, 50 came from in-state recruits, including a 2020 class that had just one commit – Tucson (Ariz.) Salpointe Catholic five-star running back Bijan Robinson, a key Ohio State target the ultimately chose the Longhorns – that was not from the state of Texas.

After losses like Okudah, Browning and Dobbins to both Ohio State and other powerhouses in the 2017 class, all of which put Texas’ class at No. 25 in the rankings, the focus within the state became clear for Herman.

“I think that was the point, at least during the Tom Herman era, where everybody was like ‘OK wow, this is a UT problem, but all of Texas’ talent is going to Ohio State or LSU or OU,’ and so they’ve done a really good job of kind of turning that around, just because it didn’t look like that was something that could be fixed for a few years, but given the results from the season, it’s been impressive to see what they’ve been able to do on the recruiting trail.”

Ohio State has still gone into the state of Texas for some notable recruits, with wide receiver Garrett Wilson, wide-receiver Jaxon Smith-Njigba and offensive tackle Donovan Jackson representing the three five-star commits the Buckeyes have earned within the state over the 2019, 2020 and 2021 classes.

While some of that comes from just not being able to get everyone, some of those losses comes down to Texas’ lack of success, both on the field and in developing pro talent, at least in comparison to the Buckeyes.

“I think you do have to understand that you’re not going to get everybody,” Briseno said. “You know the Clemsons and Ohio States and Alabamas of the world are going to get top talent out of the state of Texas every single year, at least for the foreseeable future because they show it with their wins and then they show it on draft day that they can develop NFL talent.

“Those are really the two things that really sell recruits, wins and developing talent, and so part of it is you’re going to lose some players, but there is a part where those programs are beating every single program in Texas because, as of right now at least, there isn’t a program in the state of Texas that can match the success of Ohio State and Clemson and Alabama.”

So far under Herman, Texas has gone 25-15, including a 10-4 season in 2018 that included a regular season victory over Oklahoma, and was capped off by a Sugar Bowl win over Georgia. But, in the following season, the Longhorns declined to 8-5, putting more questions onto where the team was headed and leading to Herman making sizable changes to the coaching staff.

But with the end of Ehlinger’s impressive run at Texas comes some major questions if the Longhorns cannot put it together in 2020.

“If the only thing he has to show for Sam Ehlinger’s four years at Texas is a Sugar Bowl win, a Big 12 Championship loss and wins in like the Alamo Bowl and Texas Bowl, I mean somebody’s in trouble, and we’ve already seen that he’s already let go of everybody else, so there’s nobody really left to blame at this point,” Briseno said.

Still, the Longhorns bring back a lot of talent in the 2020 team, and continue to hold loads of talent from a trio of top 10 classes, and look again to be in a prime position to battle for the Big 12 crown. Defense will be the major question mark after finishing 97th in total defense in 2019, but nearly that entire defense is returning with an added year of experience under its belt.

Ohio State and Texas may not play each other for a long while, and have not played each other since a 24-21 Longhorns win in 2009, but from Herman, to Beck and Yurcich, to recruiting battles between Wilson, Robinson and many more, the connections are clear, and the two may be intertwined in conversations between fans and media alike for the foreseeable future.

“There is that connection and there is that, it’s not a rivalry, but the feelings between the fan bases don’t feel welcoming, to say the least,” Briseno said. “Ohio State Twitter and Texas Twitter, they’re both outspoken and from what I’ve seen, from my perspective, they’re not exactly best friends.”