One male and one female student-athlete from each Big Ten institution who plan to continue their education at a graduate degree program were awarded a $7,500 scholarship, based primarily on academic achievements.

This year’s recipients span 18 different sports and will continue their education in a variety of different disciplines, including accountancy, biomedical engineering, business, chemical and biological engineering, chemistry, dentistry, economics, law, optometry and medicine. 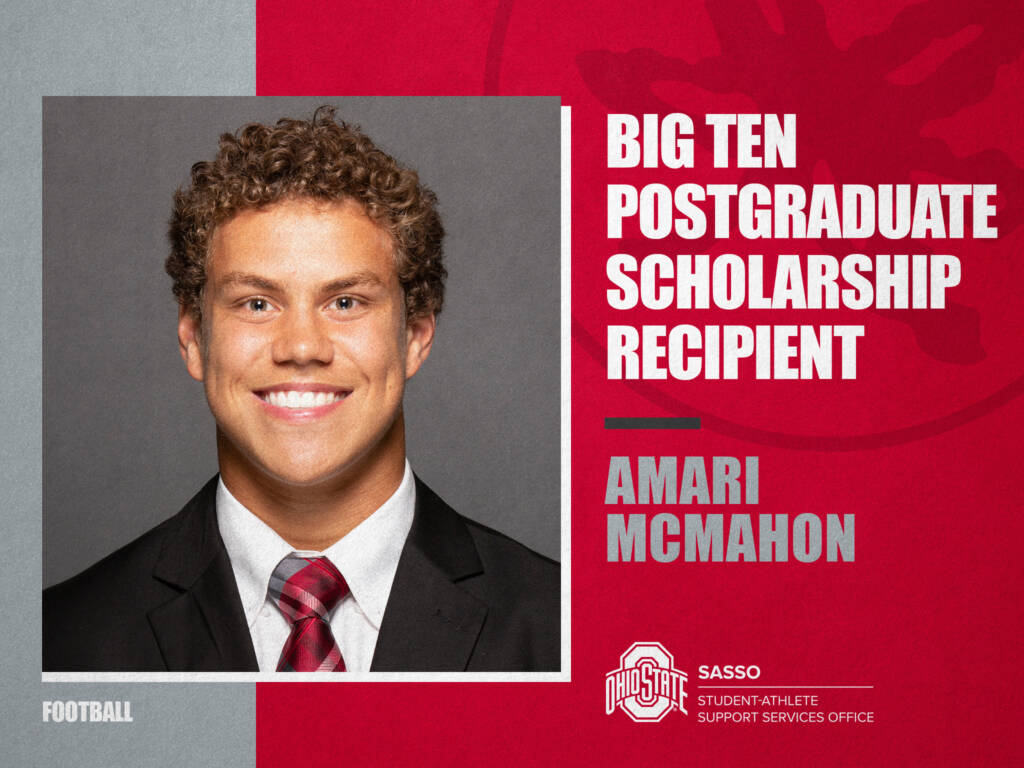 McMahon joined the Ohio State football team as a walk on in 2017 and recently graduated with his degree in biology. He plans to attend Ohio State’s College of Dentistry in the fall.

A standout in the classroom, McMahon is a three-time Academic All-Big Ten honoree and Ohio State Scholar-Athlete. He was also a Big Ten Distinguished Scholar in the 2018-19 academic year for having a grade-point average of 3.7 or better.

In addition to the Big Ten’s Postgraduate Scholarship, McMahon also received Ohio State’s Corwin A. Fergus Award, which is a $5,000 scholarship that is renewable for up to three years.

As a walk-on running back from Dublin, Ohio, Scioto, McMahon joined the Buckeyes in 2017 and became a three-time Academic All-Big Ten honoree.

On the field, McMahon was a member of three Big Ten championships teams and can forever boast a 38-4 combined record as a Buckeye. He played on teams that won the 2017 Cotton Bowl, 2019 Rose Bowl, earned three pairs of gold pants and appeared in the 2019 College Football Playoff.

Interestingly, McMahon took his one career carry for 10 yards against Miami (Ohio) in 2019, giving him a team-leading 10.0 yards-per-carry average for the season. 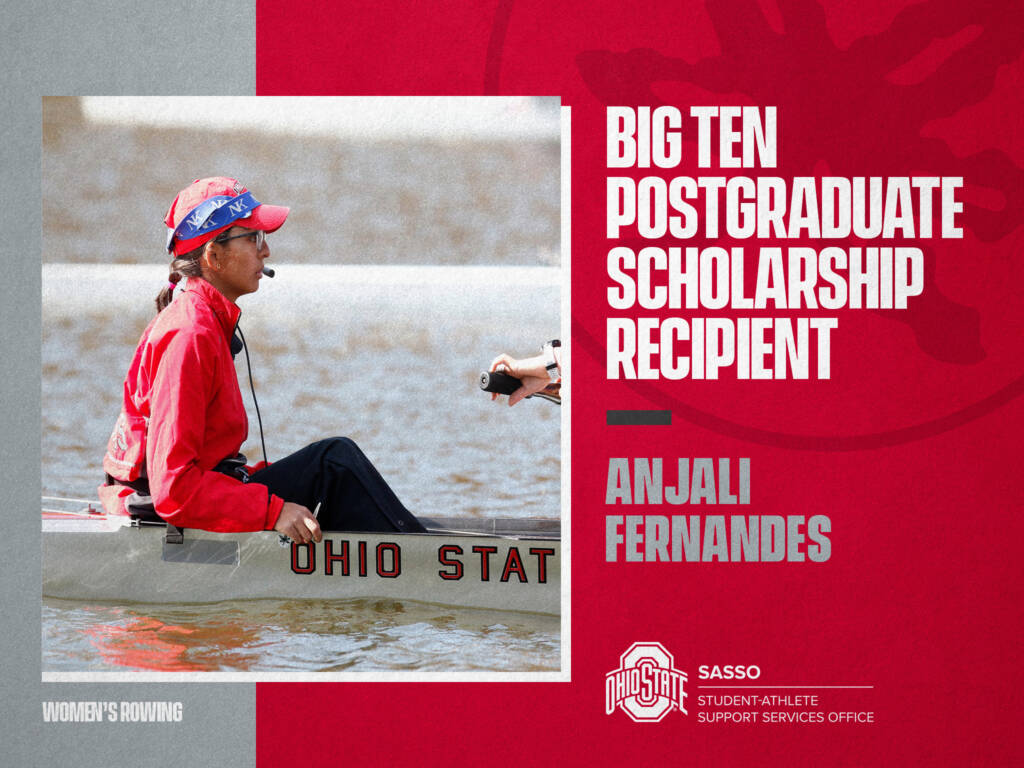 In 2018, Fernandes was a Wexner Medical Center Student Research Intern worked with Dr. Alexa Meara studying patient numeracy and its effects on the severity of systematic lupus erythematosus.

Fernandez received two other awards in the spring of 2020, the Varsity “O” Alumni Society Postgraduate Scholarship and the Leann Grimes-Davidge Award. The Perrysburg, Ohio, native  graduated this spring with a degree in English literature with a minor in biology.

What follows is the complete list of 2020 Big Ten Postgraduate Scholarship recipients: