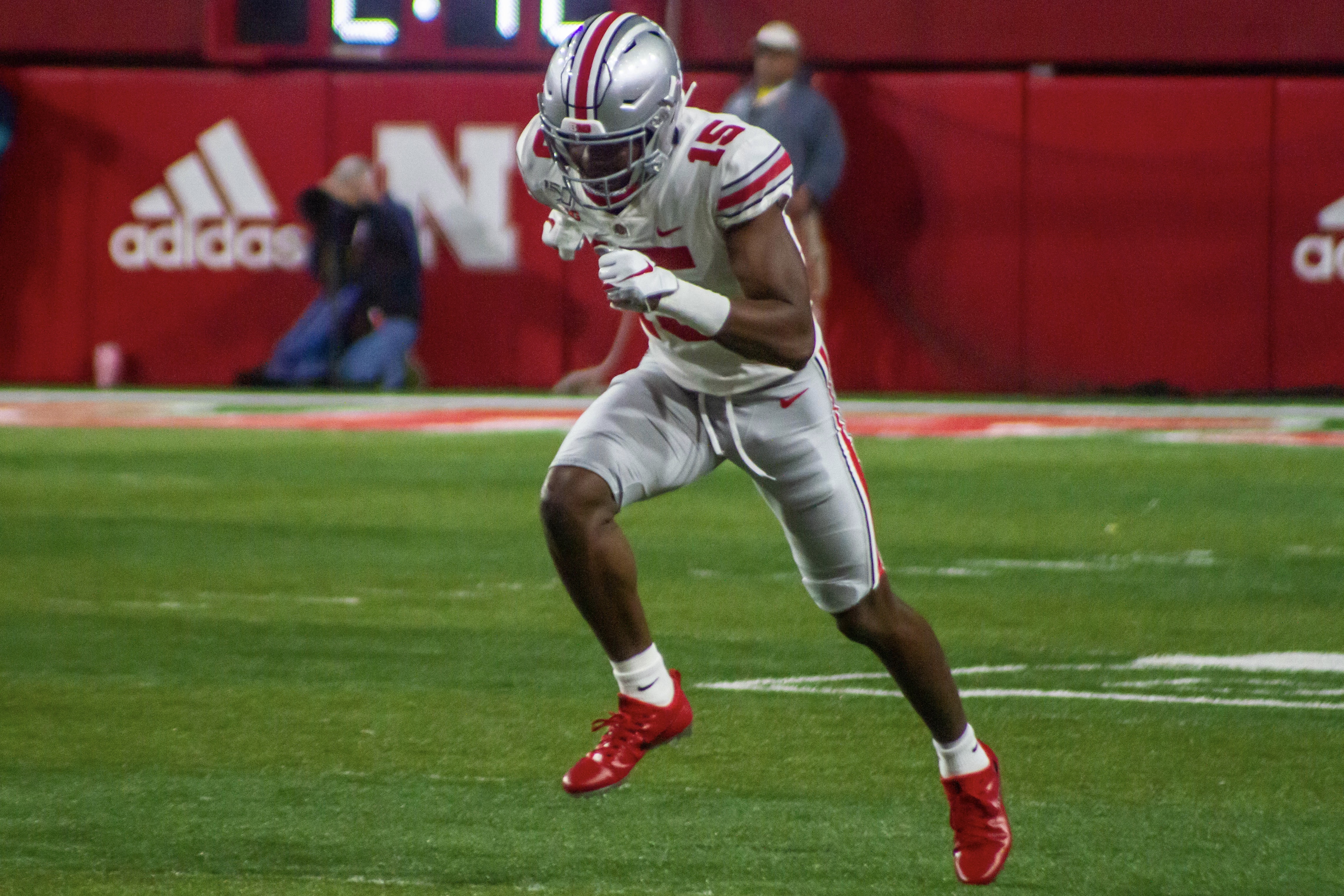 Ohio State’s receivers room may be one of the nation’s most talented, but it’s also undergone a fairly tumultuous offseason in the depth department. Redshirt freshman Gee Scott moved to tight end, as did senior Demario McCall to cornerback. Senior Kamryn Babb suffered another injury and seems unlikely to play sustained time as a Buckeye, given his history. All the way back in December, Mookie Cooper announced that he’d be departing after just one season and transferring to Missouri.

Then, in May, returning starter Jameson Williams announced his intention to transfer, landing in a much younger and more open Alabama receivers room. He cited, in an interview with Alabama reporter Andrew Bone, confusion about where he fit in a growing room at Ohio State.

“To me, things were just unclear,” Williams said. “I wasn’t certain of my role in the offense. The receiver room got crowded. I just decided I needed a fresh start. I decided to enter the portal.”

Now, according to a report from Jeremy Birmingham of Lettermen Row, the Buckeyes have lost two more veteran depth receivers, as Ellijah Gardiner and Jaylen Harris have ended their football careers.

The former came to Ohio State as a three-star recruit out of Kemp, Texas, known for his track speed and size (6-5, 185 pounds). The latter is an Ohio product, coming to Ohio State as a four-star out of Cleveland Heights but never catching on in Columbus. Neither player contributed outside of clean-up duty at the end of games and on special teams.

That leaves the Buckeyes with an obvious top three of Chris Olave, Garrett Wilson and Jaxon Smith-Njigba, but a whole lot of questions behind that. Former five-stars Julian Fleming and Emeka Egbuka figure to factor into the equation, as do four-star freshmen Marvin Harrison Jr. and Jayden Ballard, but that’s just seven healthy, full-time receivers on scholarship.

With the room suddenly lacking for bodies, Ohio State seems to have found a solution. Ohio State extended an offer to Jackson State graduate transfer Daylen Baldwin after he worked out in Columbus for the Buckeye coaches, and could be the established player that Ohio State is looking for in a suddenly very inexperienced room.

“It was definitely good,” Baldwin told 247Sports. “The feedback was good. Coach (Brian) Hartline had told me he can tell I actually work on my craft. They were telling me you can definitely be here, be part of the team, but the biggest thing for me making sure I’m actually on the field, making sure I’m playing wherever I’m at. I’m still considering what they said but they said you’re definitely good and we can get you to another level – to the next level and another level within yourself with developing and getting better.”

Baldwin has taken a winding path to this point. He was an unheralded recruit out of Farmington, Mi., in the class of 2017, considered a lanky cornerback rather than a receiver.

He started his career at Morgan State as he made the shift to wide receiver and found his way onto the field early, but never broke past the contributor role. He transferred to Jackson State in 2019, sat out for a season and burst onto the scene in 2020, leading Deion Sanders’ squad in yards (540) and touchdowns (7) on 27 receptions during the spring FCS season.

At 6-3, 210 pounds, Baldwin would fill in for the departure of a lot of size in that room, with Harrison and Ballard serving as the tallest players in the room at 6-3 and 6-2, respectively. He isn’t expected to serve in a starting role if he lands with Ohio State, but would give Hartline a bit more depth and size to work with.