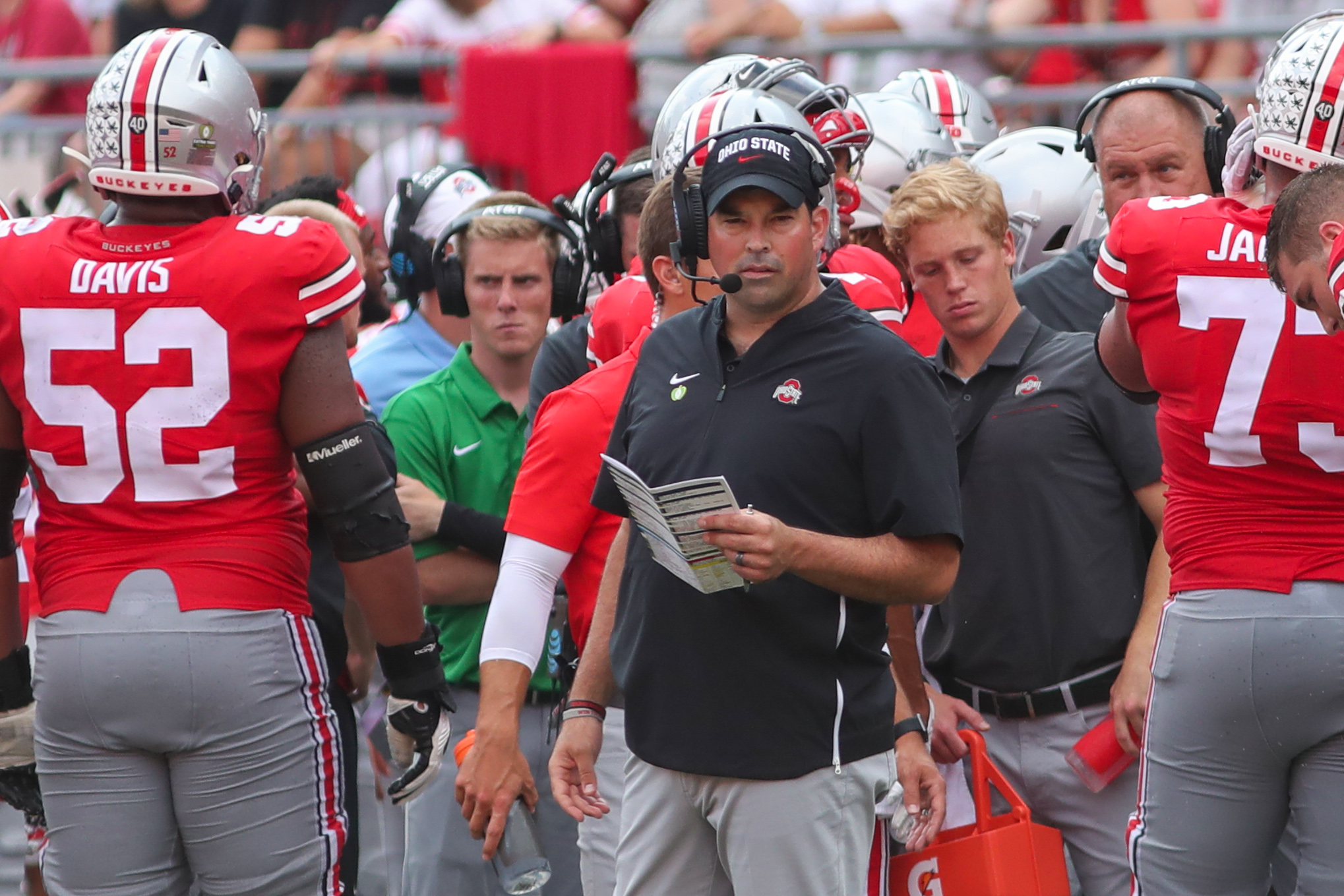 He talked about Ohio State’s performance against Indiana and how he feels about the matchup with Penn State. The Buckeyes will host the Nittany Lions at 7:30 p.m. on Saturday.

“Felt like we did a good job keeping that momentum.”

“We have to stay on the little things.”

“We didn’t have a whole bunch of confidence early on.”

On quarterback C.J. Stroud’s throw to Jaxon Smith-Njigba during the Indiana game:

“He had confidence in it. Big time throw in that spot.”

“As that confidence and experience grow, you’re starting to see the best parts of him.”

On running back TreVeyon Henderson:

“When he gets to the second level, certainly he’s going to let his natural ability take over.”

“Has a lot to do with that offensive line.”

Day said the running back room is very competitive and that each person wants to play as much as they can.

On the youth of the defensive line:

“We were coaching the [Indiana game] in the third quarter like it was the first quarter.”

“It means a lot to those guys when they’re out on the field. They get to see what’s real, what isn’t in practice.”

Day said the freshman class came in “highly motivated” and he is “very impressed” with their development this season.

“If you have weapons across the board, you keep opponents honest.”

On Stroud growing more comfortable with running the football:

“He’s going to have to do that in these close games, win with his feet at times.”

“I was thinking if we were in that situation, we’d have to be drawing [plays] up on that sideline in-between series.”

“It can get difficult to score down there.”

On Penn State’s Jahan Dotson and the other wide receivers:

“I’ve been impressed with him.”

“Very good scheme. Brent Pry has been doing this a long time.”

“Top whatever in the country. They’re very, very good.”

Defensive back Joey Porter Jr. is “playing as good as anybody in the conference right now.”

“Seeing us roll some guys in and out. That’s good.”

“The protection and the run game were pretty clean this past week.”

On the tight ends:

“[They have] the toughest job on the field.”

“They have to be on top of their game. They get asked to do a lot.”

“I’ve been impressed with those guys in terms of their approach, how seriously they take football.”

“They’ve built a lot of confidence.”

“I thought he played with a little bit more discernment in the game.”

“Headed in the right direction.”

“They’re learning, but every game you start to see them more comfortable.”

On the Oregon loss:

“I think we learned our lesson early in the season.”

Day said the team is “scarred” from the loss. He mentioned that the team needs to ignore the noise and always focus on the next game.

On the Penn State game:

“You come to Ohio State for games like this.”