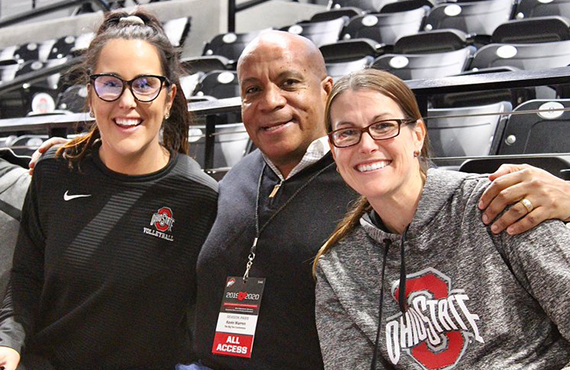 In the wake of the recent killings of Ahmaud Arbery, George Floyd, Breonna Taylor and countless others, Big Ten commissioner Kevin Warren has established the Big Ten Anti-Hate and Anti-Racism Coalition.

Warren made the announcement in an open letter on Monday afternoon, in which he invited student-athletes, coaches, athletic directors, chancellors, university presidents and others to join him in a fight against racism.

An excerpt from Warren’s letter:

“As a Black man, I pray every day for the health and safety of my wife and children, especially during interactions with law enforcement. We continue to see inequality and deep divide regarding how members of the Black community are treated compared to the rest of society and too often, the results have been horrific and senseless. Such racism and inequality are pervasive, not just endemic in law enforcement.

“Meaningful change will only occur if, as a nation, we are united, resilient and determined to create difficult, uncomfortable dialogue and take significant tangible action.  We all need to strive to make the world a better place.  One person, one family, one city, one state, one conference, one country.

“I have already received powerful notes of support and interest in joining this coalition and look forward to partnering with the existing diversity councils on our various campuses. It is critical that our student-athletes possess their rights to free speech, their rights to peaceful protest and we will work to empower them in creating meaningful change.

Warren — who succeeded former Big Ten commissioner Jim Delany on Jan. 2 — also announced that he and his wife, Greta, will personally donate $100,000 from the Warren Family Foundation to the National Lawyer’s Committee for Civil Rights in Washington D.C., which focuses on addressing issues regarding racism, hate and voter registration.