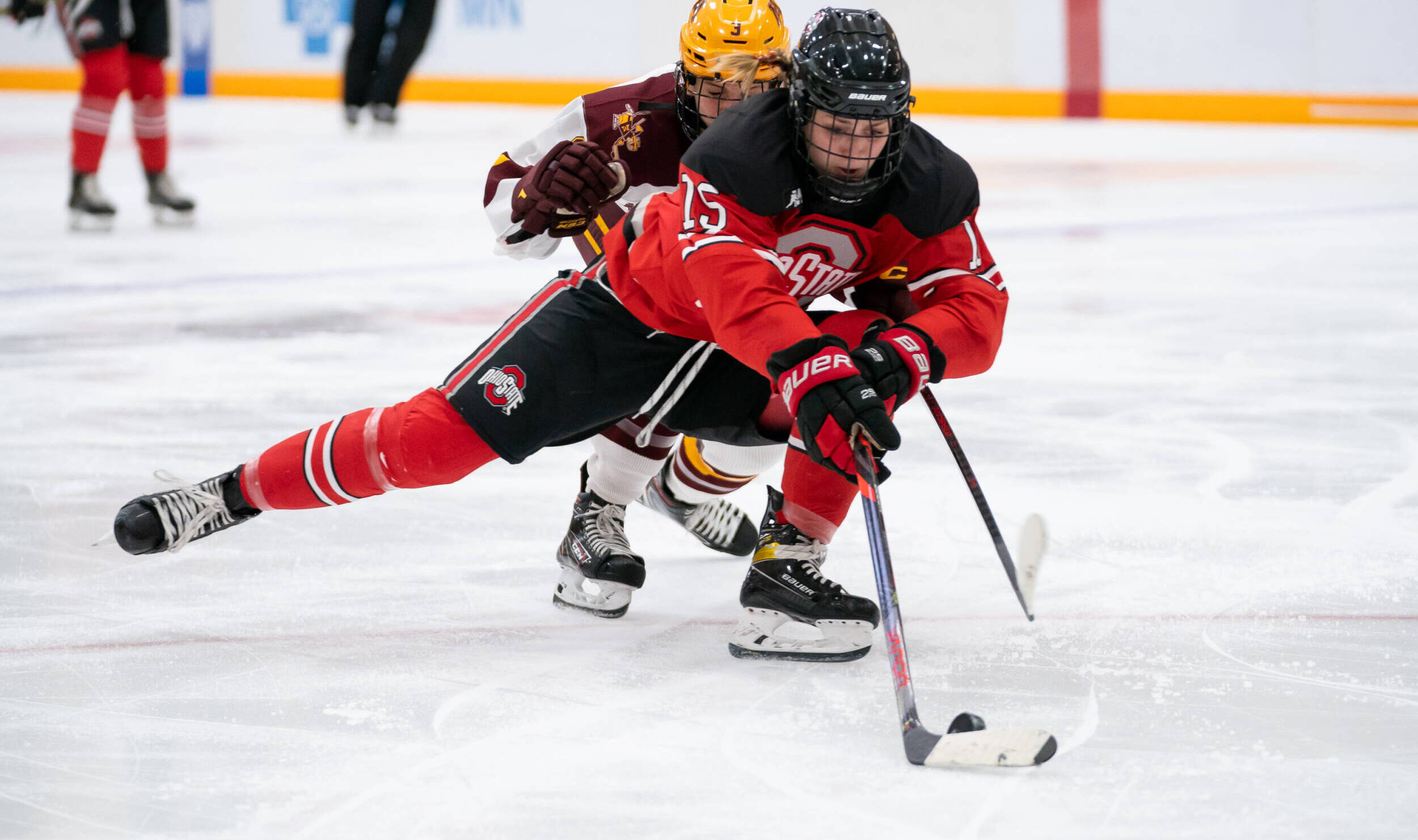 The Ohio State women’s hockey team jumped two spots to No. 2 in the USA Today/USA Hockey Magazine top 10 poll after a series sweep of Minnesota this past weekend.

The Golden Gophers, who were ranked No. 2 in the previous poll, swapped places with the Buckeyes, dropping to No. 4.

Ohio State defeated Minnesota 2-1 on Friday behind goals from Emma Maltais and Paetyn Levis. Both goals came in the second period, after which Ohio State led Minnesota in shots on goal 30-7. The Gophers cut the deficit with under a minute to play, but the Buckeyes held on for the one-goal win.

In game two, Minnesota jumped out to a 2-0 lead early in the first period, but three Ohio State goals, all of which again came in the second, gave the Buckeyes a narrow lead they held onto the rest of the way.

Goalie Andrea Braendli made 44 saves on 47 shots across both games, including 22 saves on 23 shots in the third periods alone, to pick up a pair of wins and move Ohio State to 11-5 on the season. Levis was named WCHA Forward of the Week, while Braendli was named the conference’s Goaltender of the Week.

The Buckeyes rank second in the country with that record because every game has been an in-conference game within the WCHA, which has four of its seven total teams ranked in the poll. Wisconsin is atop the rankings and the conference, while Minnesota Duluth ranks seventh in the poll.

Ohio State does not have any more games scheduled for the regular season after its series with St. Cloud State was canceled due to COVID-19 issues within the opposition’s program.

The next set of games on the schedule is the WCHA Final Faceoff, which features the top four teams in the conference in a mini tournament. That is set to take place March 6-7.