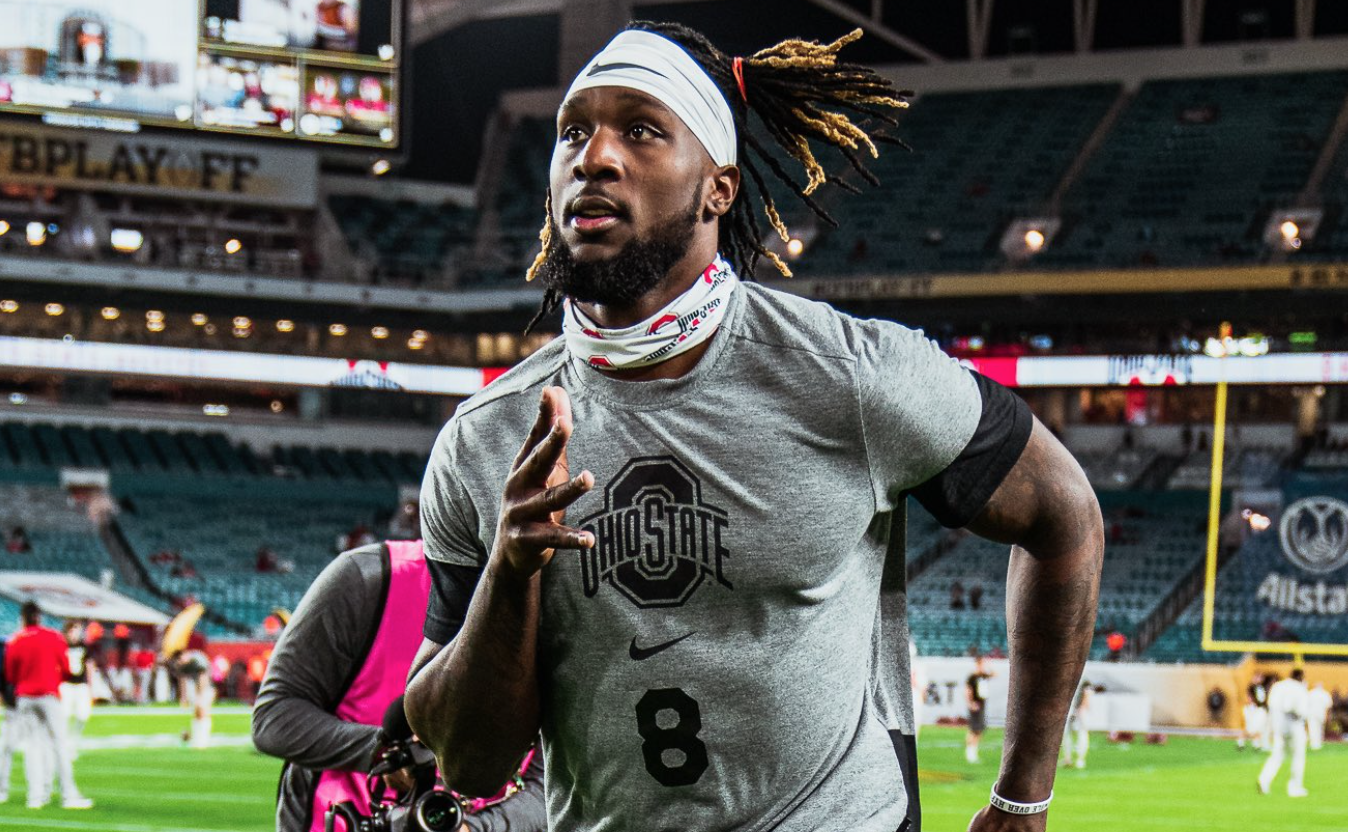 Former Ohio State running back Trey Sermon has partnered with his mother’s foundation, Arise by Faith, in order to, as he put in a tweet Tuesday, “help raise awareness and support victims of domestic violence.”

Sermon’s mother is also a domestic violence survivor, and the former Ohio State back tells her story on the campaign’s website.

“My mom is by far the toughest person I know,” the story states. “Both of her brothers have passed away, one of whom was shot seven times. Her mother died in an untimely fashion and then, two weeks later, her father was killed in a car accident. She had an abusive childhood and then she entered into an abusive relationship with the man who eventually killed her baby boy. Years later, her second-born, a daughter, died at birth.

“Unfortunately, my mother’s story of domestic violence and abuse is all too common, and ever since COVID-19 happened, domestic violence rates have been skyrocketing. Victims are forced to stay in a closed space with their abusers every single day, leading to increasing violence. It also becomes much easier for abusers to get away with their actions.

“My mother could have succumbed to all of this tragedy and trauma, and no one would have blamed her. Instead, she is taking her experiences and using them to help and build strength in others.”

Sermon is raising money in bulk one-time payments, or with a payment that is done per vertical inch at his pro day performance, meaning a $1 donation on a 30-inch vertical jump would then become a $30 donation.

To make a donation, visit Sermon’s Pledge It page here.