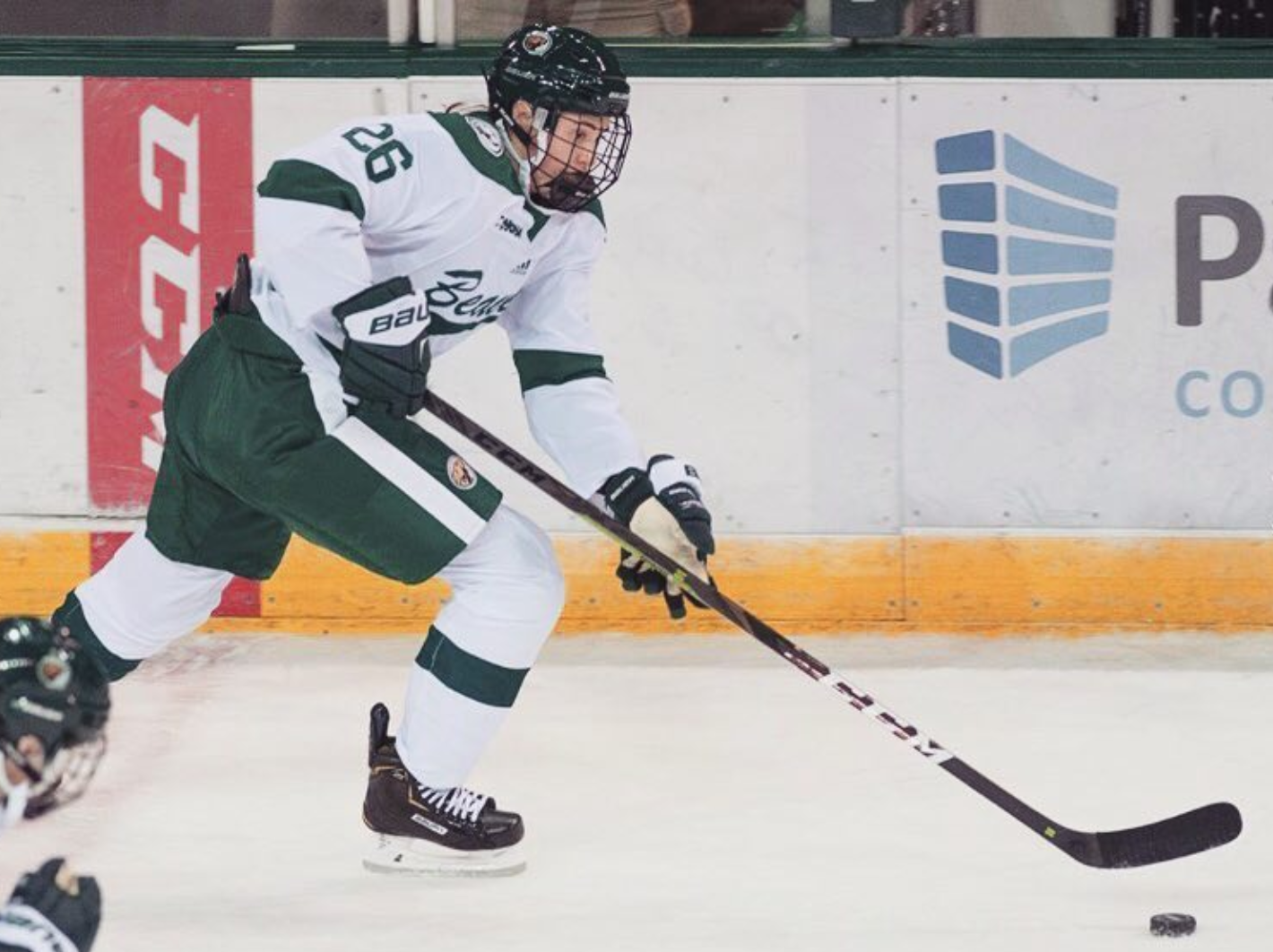 Just weeks after its Frozen Four exit, Ohio State women’s hockey has added another player to the mix with the addition of Clair DeGeorge as a graduate transfer from Bemidji State. DeGeorge had announced her transfer on Instagram on March 8, but the program made the transfer official on Thursday.

The 5-10 forward has had four strong seasons for the Beavers, totaling 28 goals and 79 points in 128 games played. This past year she finished with five goals and seven assists in 20 games.

DeGeorge has faced Ohio State, who is in the WCHA along with Bemidji State, 14 times in her collegiate career. In 2020-21, the Buckeyes defeated the Beavers 4-1 and 7-1 on Jan. 1 and 2, the first of which DeGeorge had an assist in.

“The coaches here do an incredible job of creating a great culture,” DeGeorge said in a press release. “It’s awesome to see what they’ve done and where they’re going. I’m looking forward to being a part of it.”

The Anchorage, Alaska native did not make the decision to transfer strictly because of hockey, though. She said that, after graduating from Bemidji State with a nursing degree, that Ohio State’s Masters of Bioethics program was an equally large pull.

“I really wanted to make sure I’d have a great combination of academics and athletics,” DeGeorge said. “So this was really a decision that was about the next 3-5 years of my life and what I want to do once hockey is over. The more I looked at the medical field in Ohio, the opportunities that I’d have at Ohio State and the access to such great resources, it became clear this was the place.”

Ohio State finished last season with a 13-7 record, falling in the WCHA tournament championship and NCAA tournament semifinal, both times to Wisconsin.