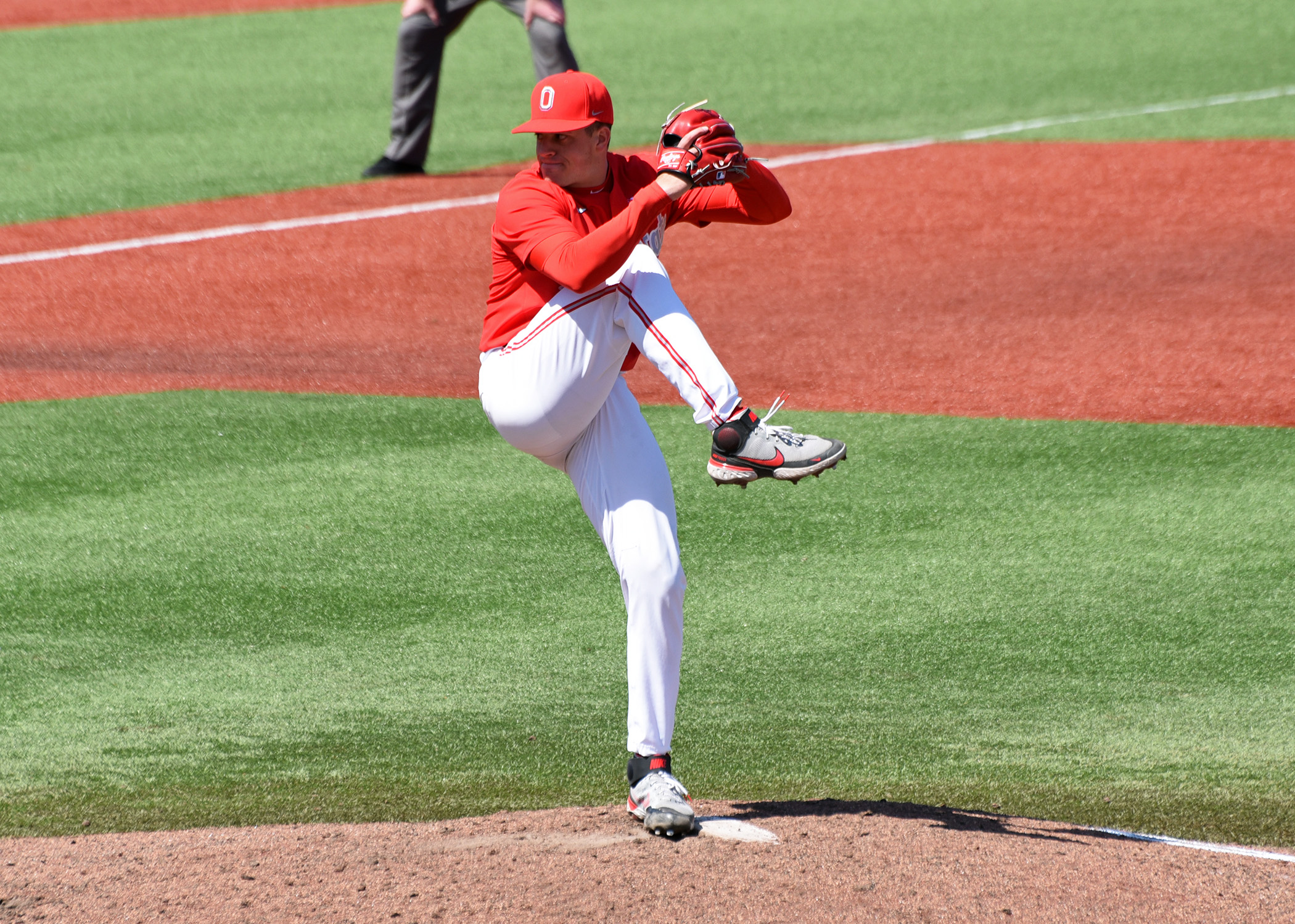 Ohio State had a pair of baseball standouts honored by the Big Ten this week after its surprising four-game sweep of the previously conference-leading Indiana Hoosiers. Infielder Zach Dezenzo and pitcher Seth Lonsway were selected as Big Ten players of the week, Dezenzo as the Player of the Week and Lonsway as the Pitcher of the Week.

Dezenzo hit .533 with two home runs over the weekend series, including a four-hit game in the finale, capped by a ninth inning walk-off single into the gap in the outfield, giving the Buckeyes a 4-3 victory and moving them to 12-7 on the season. He had four RBI just in that final game.

His stellar weekend made quite the impact on his season stats, too. He’s batting .310, with five doubles, three home runs and a triple on the year.

Lonsway, meanwhile, put up his best performance as a Buckeye in game three of the series, the second leg of a double-header on Saturday. He notched a career-high 17 strikeouts in a complete game, two-hit, seven inning shutout. that required only 95 total pitches. He’s been excellent at punching out batters throughout the season, sitting 15th nationally at 14.31 strikeouts per nine innings so far.

The Buckeyes are set to take the diamond next in a three-game series in Ann Arbor against the 13-6 Michigan Wolverines – and yes, the rivalry is just as important to these Buckeyes as it is to those on the football field.