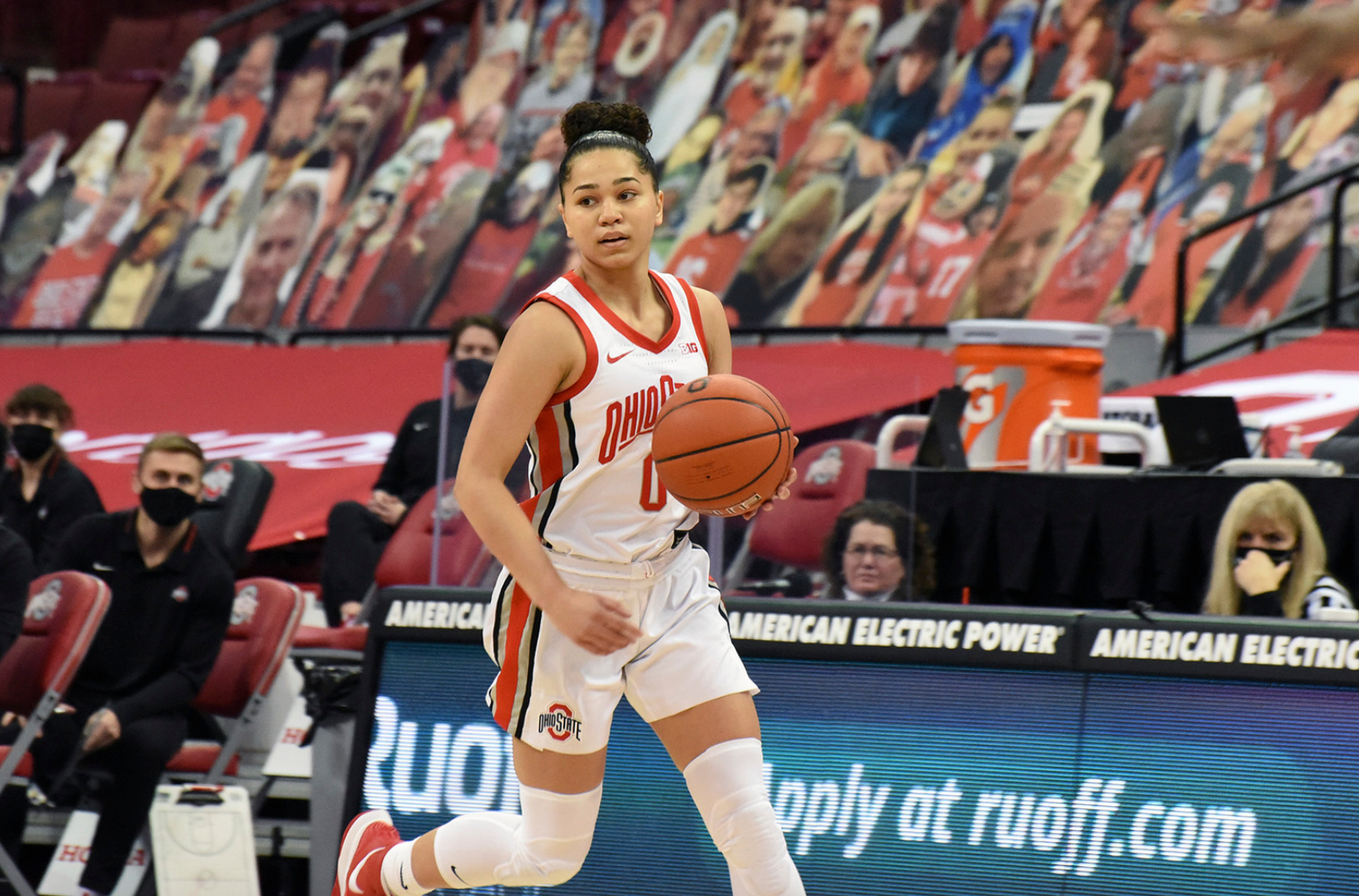 Ohio State women’s basketball announced its full 2021-22 season schedule on Wednesday in a season where the Buckeyes, to this point, are eligible to make the NCAA tournament, something that has been taken away from them the past two years.

In 2019-20, the Buckeyes made a run to the Big Ten tournament championship game to seal up a spot in the NCAA tourney before it was canceled due to COVID-19. Last year, Ohio State was ranked in the top 25 all season, but was ineligible due to a postseason ban from the Patrick Klein investigation.

The Buckeyes open their season, following an exhibition against Slippery Rock, with a home matchup against Bucknell on Nov. 10. That starts off five straight home games to open the season, ending with a matchup against in-state opponent Cincinnati at the Covelli Center.

Ohio State opens up conference play on the road against Purdue, a team that struggled for most of last season. The first major home game on the schedule is also in the Big Ten, and it is a Dec. 12 battle with Indiana, who went 16-2 in the conference in 2020-21, with one of those losses being to the Buckeyes.

The marquee nonconference game is on Dec. 19 against UCLA, who went 17-6 a year ago. Two days later, Ohio State also faces San Diego State in the second game on the west coast.

Looking deeper at the conference slate, Ohio State plays defending Big Ten champion Maryland twice, first on Jan. 20 and then again on the road on Feb. 17. While the Terrapins are the top team the Buckeyes get two times, they also get a familiar foe in Michigan a pair of times.

New Ohio State assistant Wes Brooks will get to face his former team in the Wolverines on New Years Eve and on Jan. 27.