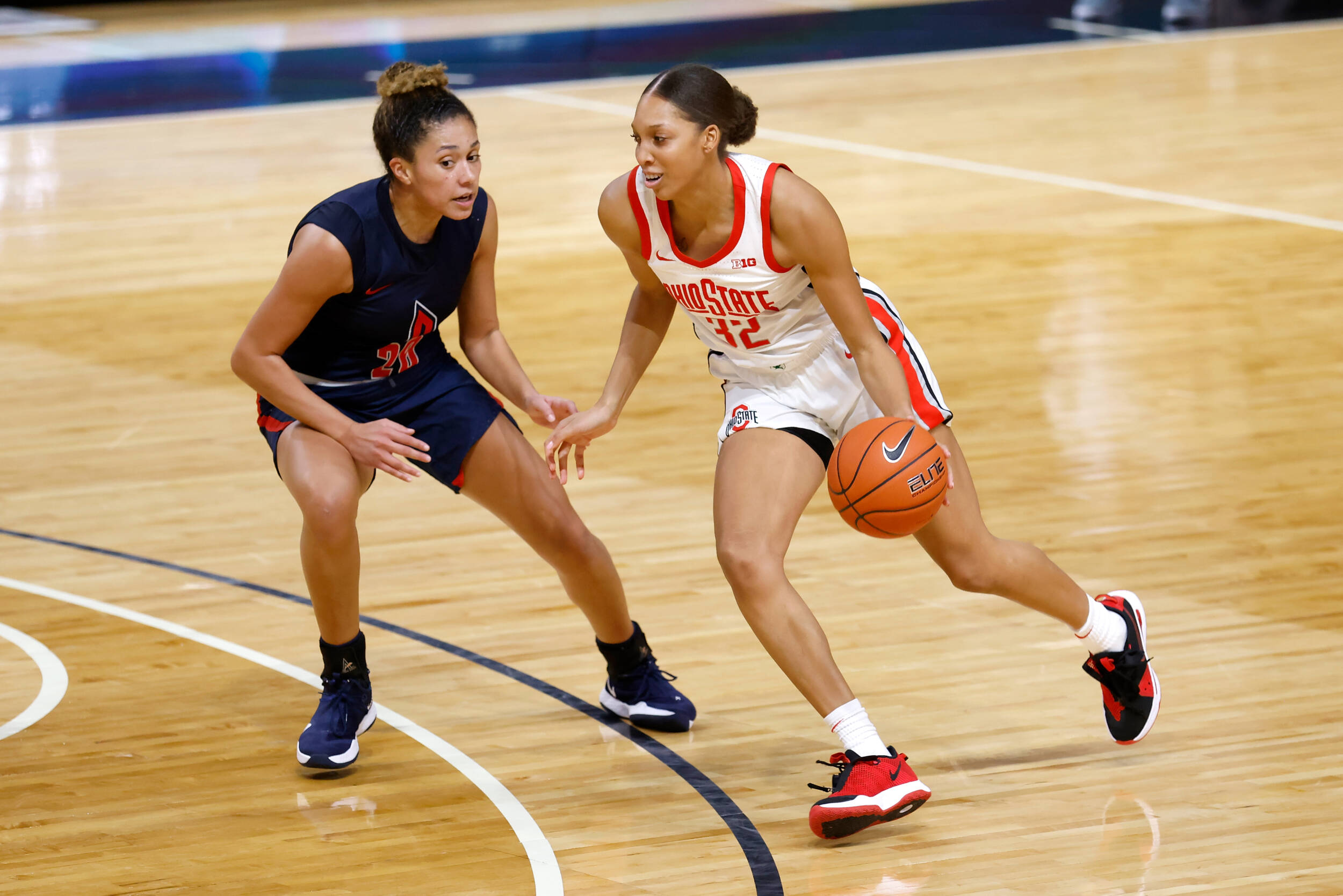 Less than a week after junior forward Dorka Juhasz announced that she would be entering the transfer portal, Aaliyah Patty became the second third-year Ohio State forward to do so, announcing on Instagram Thursday that she will be entering the portal.

“I would like to thank Coach (Kevin) McGuff and the Ohio State coaching staff for recruiting me and giving me the opportunity to play as a Buckeye,” Patty wrote in her post. “After much thought and consideration, I have decided to enter the transfer portal. I am very excited for my next journey and to see what the future holds for me.”

Patty started in all 18 games she played in last season, finishing the year with 11.5 points and 5.8 rebounds per game. She also had a team-high 21 blocks while shooting 45.3 percent from the field and 37.8 percent from three.

When talking to BSB, Patty talked about the difficulties of playing last season due to COVID-19, as well as the team’s self-imposed postseason ban following the Patrick Klein investigation. She said that, looking back, she wishes she had not played through the year because of all the struggles that came with it.

“At the end of the year, the main goal is to win an NCAA championship. So not being able to reach that goal, it was hard trying to find what we’re playing for as a team,” Patty said. “I definitely don’t wish this feeling upon anybody. I mean I’m not happy I went through it, but I had to, so it just is what it is.”

With first Juhasz and now Patty departing from the team, Ohio State now has just two forwards left on the roster: Gabby Hutcherson and Rebeka Mikulasikova, who were a freshman and sophomore last year, respectively. The Buckeyes could also return Tanaya Beacham, who has not yet announced if she will be using her free year of eligibility or not.