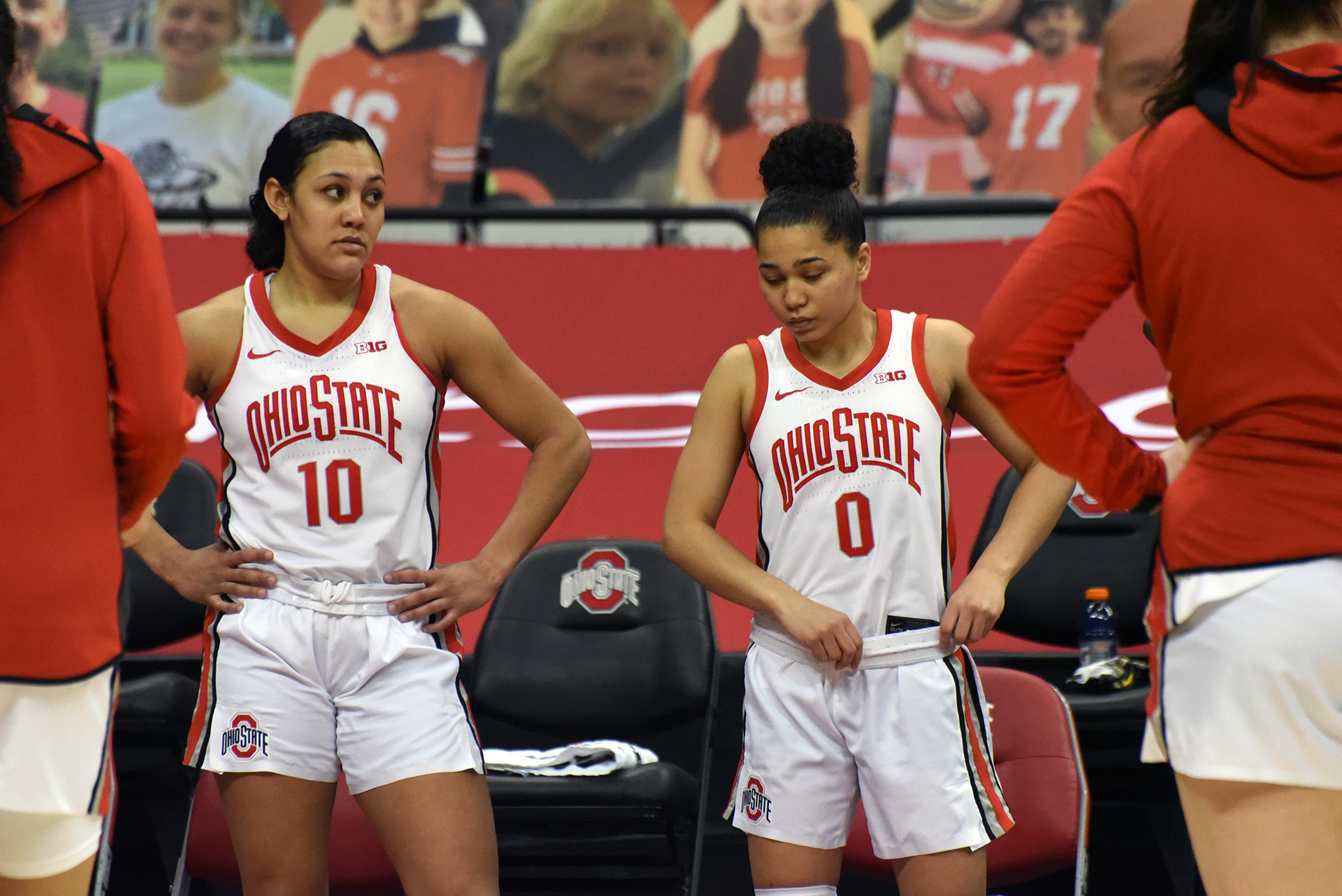 Ohio State women’s basketball stayed put in a week where it did not play, remaining at No. 22 in the final Associated Press top 25 poll.

The Buckeyes finish as the fifth-highest team in the Big Ten, though the conference as a whole took a dip in the polls following the conference’s tournament.

Maryland remained at No. 7, while Indiana fell three spots to No. 12, Michigan dropped three to No. 16 and Rutgers fell two to No. 21.

Iowa, who made a run all the way to the championship game in the Big Ten tournament before falling to the Terrapins, received 43 votes but was the last team left out of the top 25. Northwestern also received nine votes and missed the cut.

Ohio State is likely to be the only one of these seven Big Ten teams to not be selected in the NCAA tournament, which will be announced Monday night. The Buckeyes are out due to a self-imposed postseason ban, despite a résumé easily worthy of dancing.

Even with a four-game losing streak to end the season, Ohio State finished the year with a 13-7 record and a 9-7 record during conference play.