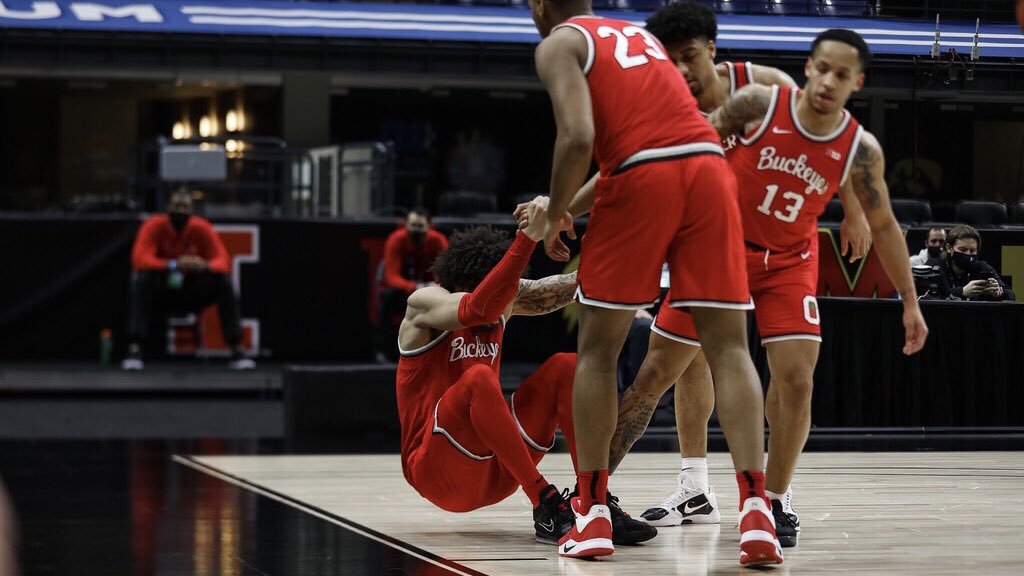 Ohio State men’s basketball moved up two spots to No. 7 in the final edition of the Associated Press top 25 poll before heading to the NCAA tournament.

The Buckeyes’ ranking matches their No. 2 seed in the tournament, as do the rankings of each of the first eight teams in the poll. Gonzaga, Illinois Baylor and Michigan, the No. 1 seeds, are the top four teams in the AP poll, while Alabama, Houston and Iowa ranked 5, 6 and 8, and are the other No. 2 seeds.

The Illini moved up one spot to No. 2 in the poll after winning the Big Ten tournament, while the Wolverines stayed at No. 4 following their defeat to Ohio State.

Purdue is the only Big Ten team ranked outside of the top eight spots, staying put at No. 20 following its overtime loss to the Buckeyes. Wisconsin received 26 votes but did not make the top 25.

Looking at Ohio State’s region in the tournament, the Bears are No. 3 in the AP poll, followed by the Buckeyes, No. 10 Arkansas, No. 18 Villanova, the Boilermakers, No. 21 Texas Tech and No. 25 Virginia Tech. The Badgers were also joined by Winthrop, who received 10 votes.