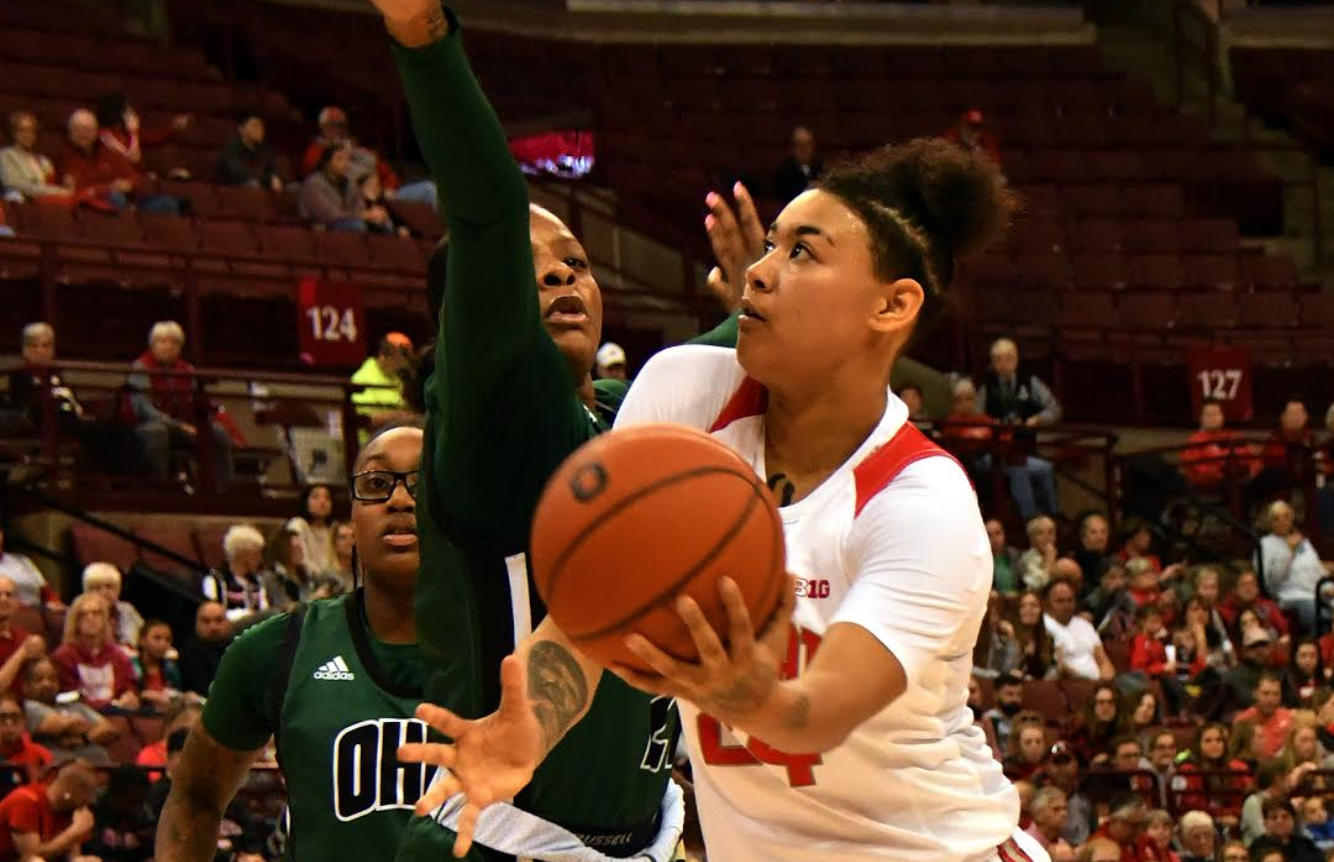 Ohio State, fresh off a win against Cincinnati that took overtime to decide, came into its opener 2-0, looking to get a win against an Ohio team that started the season with a vote in the AP poll, and whose only loss was to a ranked Syracuse team.

The Bobcats went up by as much as 12 points in the fourth quarter, and Ohio State was able to erase it. But in the end, Ohio came out the victor, defeating the Buckeyes 74-68 for Ohio State’s first loss of the season.

“We fought and we didn’t give up, so that shows a lot about the character of the team.” Ohio State head coach Kevin McGuff said. “Certainly a disappointing loss, but give Ohio U credit, they played really well today.”

Freshman guard Kierstan Bell, struggled early on, missing all five of her shots in the first half for zero points and two turnovers. But she rebounded strong and was a major factor in the Buckeyes’ comeback effort in the second half. Bell finished with 12 points and five steals on 6-of-15 shooting, but ended with missing all seven three-point attempts.

The other five-star freshman guard playing for the Buckeyes, Jacy Sheldon, also struggled to find her shot, going 1 for 9 from the field and 1 for 8 from deep.

A charge call with 3:27 to go in the fourth quarter could have been the ultimate back breaker. Ohio State sophomore guard Janai Crooms was driving with only one player to beat, but Ohio’s Erica Johnson got in the way with her feet planted, drawing the charge and forcing Crooms to foul out down six.

But Ohio State fought back hard, going on a 7-0 run to tie the game at 68 with 2:20 to play. But from there, Ohio was able to settle down and score six straight points

The Buckeyes showed many of the growing pains a freshman team is expected to have: Ohio State finished with 20 turnovers and shot 36.2 percent from the field.

I feel like sometimes maybe we focus more on the calls and not getting the calls on some shots when they were fouling us, rather than gathering ourselves and finishing strong,” sophomore forward Dorka Juhasz said. “I think that’s on us, and we have to work harder in practice, and we have to finish these shots that we could have made.”

But even one of their more reliable options in Juhasz could not get it going. Juhasz finished with nine points and a season-high 16 rebounds, but shot just 4 of 13 from the field and 1 of 7 from the free-throw line.

“I would take full responsibility in how I was shooting today,” Juhasz said. “I definitely have to get better mentally.”

Freshman forward Aixa Wone was a strength for Ohio State in the second half, finishing with 12 points, seven of which came in the third quarter.

Ohio relied mainly on three players: Amani Burke, Erica Johnson and Cierra Hooks. The trio combined for 54 of the teams 74 points, as well as 25 of the team’s 41 rebounds and eight of the team’s nine assists.

“We have a long way to go,” McGuff said. “You see flashes where we play really well, but at the same time, we’re light years from where we need to be, and we have a lot of work to do in practice.”

Ohio State goes on the road to face Kent State on Thursday.