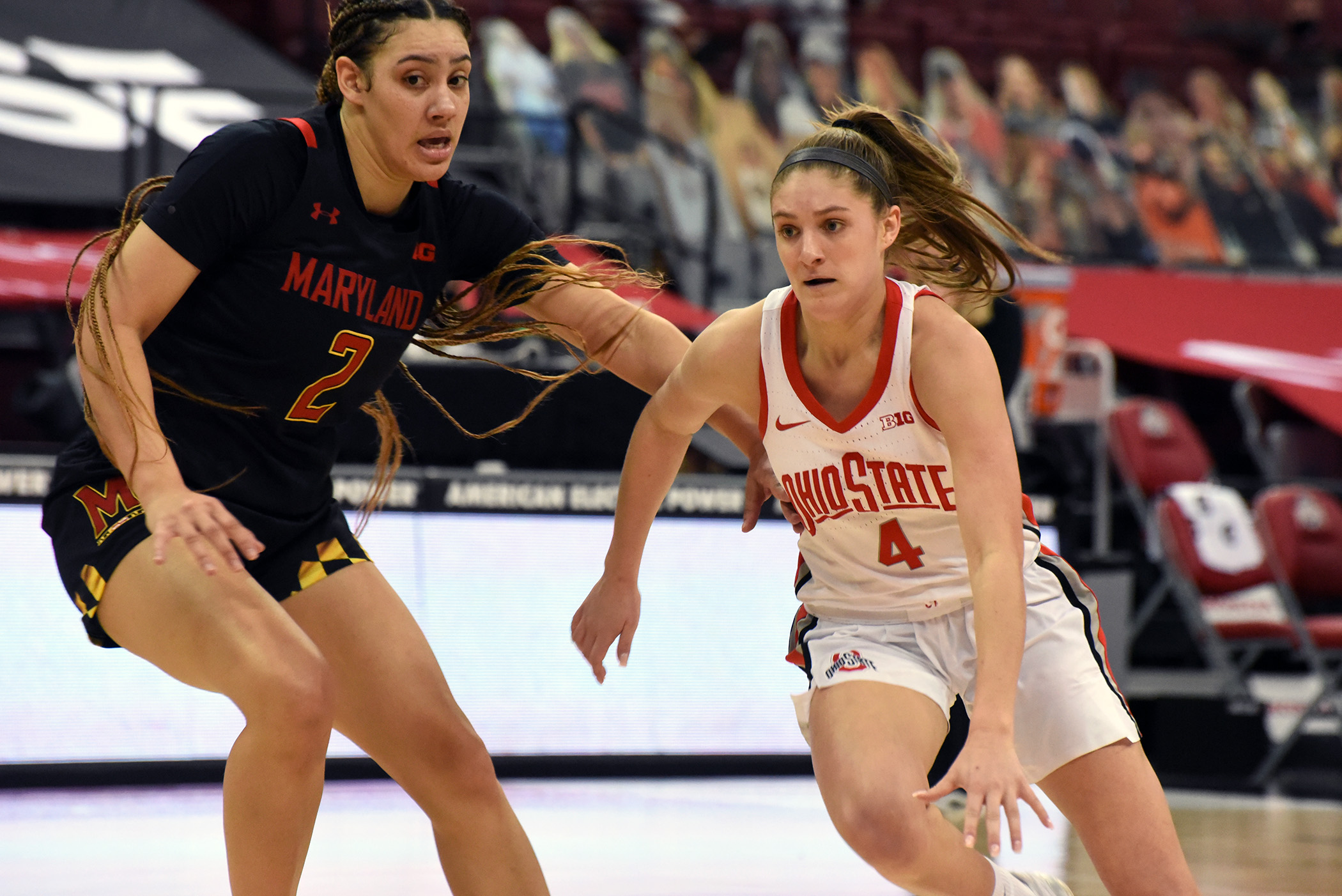 Ohio State women’s basketball has its first official date on the 2021-22 schedule locked in, with the Buckeyes traveling to face Syracuse on Dec. 1 as part of the 14th annual Big Ten/ACC Challenge.

In the last matchups between the two conferences, which occurred in the 2019-20 season due to COVID-19, Ohio State earned its largest win in recent memory: a 67-60 win over No. 2 Louisville. Overall, the Buckeyes are 4-9 in the challenge, but are currently on a two-game winning streak with a 76-69 victory over North Carolina in 2018.

Their opponent this year is the Orange, who went 15-9 last year and 9-7 in the ACC. They made a run to the ACC tournament semifinal before falling to the top-seeded Cardinals, then won an opening round game against South Dakota State in the NCAA tournament, ultimately falling to UConn, the No. 1 overall seed in the tournament, in the Round of 32.

Syracuse has had a shaky offseason, with head coach Quentin Hillsman resigning on Aug. 2, after a report by The Athletic stated that he “had shown a pattern of inappropriate behavior, including unwanted physical contact as well as threatening and bullying players.”

The Orange had 11 players transfer in the first month after the end of the 2020-21 season, the most of any Division I program on either the men’s or women’s side.