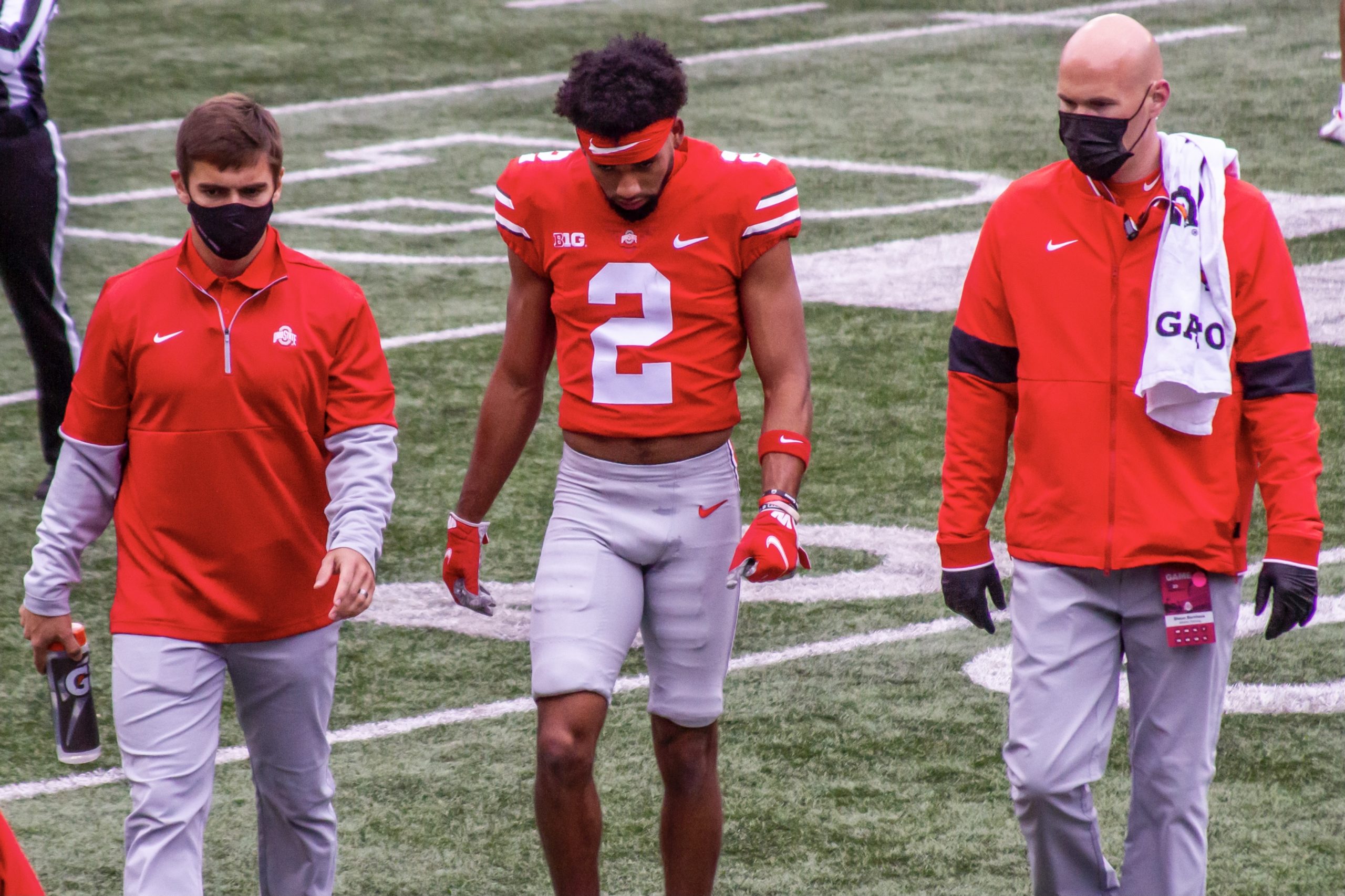 Although he suffered an apparent head injury in the third quarter and missed the remainder of Ohio State’s 52-17 win over Nebraska on Oct. 24, junior wide receiver Chris Olave will be available for Saturday’s trip to Penn State (7:30 p.m. on ABC).

Olave caught six passes for 106 yards in the season opener but was the recipient of a helmet-to-helmet hit from Cornhuskers safety Deontai Williams that left him dazed on the turf for a few minutes. After walking off the field under his own power, he headed to the locker room and did not return.

That said, fellow receiver Garrett Wilson felt confident during a conference call with reporters on Wednesday that Olave would be on the field for the highly anticipated matchup with the Nittany Lions.

“I talked to Chris and he seemed all good,” Wilson said. “I think Chris is going to be ready to play on Saturday, but with depth of our receivers — it’s such a deep room — I know we’ve got some young guys ready. That would be a great opportunity for them to step up and show that competitive excellence and take on that role. I have full faith in our receiver room that somebody could step up and fill that void.”

Freshmen Jaxon Smith-Njigba and Julian Fleming both saw the first action of their college careers in the fourth quarter of the win over Nebraska, with the former making a spectacular touchdown catch to extend Ohio State’s lead. But had Olave been unable to make the trip, it’s likely the Buckeyes would have called on Fleming to start in his place at the “Z” position — which would have been especially notable given he grew up just 1 1/2 hours east of Happy Valley.

Sixth-year senior linebacker Justin Hilliard and sophomore defensive tackle Taron Vincent, both of whom did not play against Nebraska, were also not listed on the Friday status report, meaning they are available to play against the Nittany Lions.