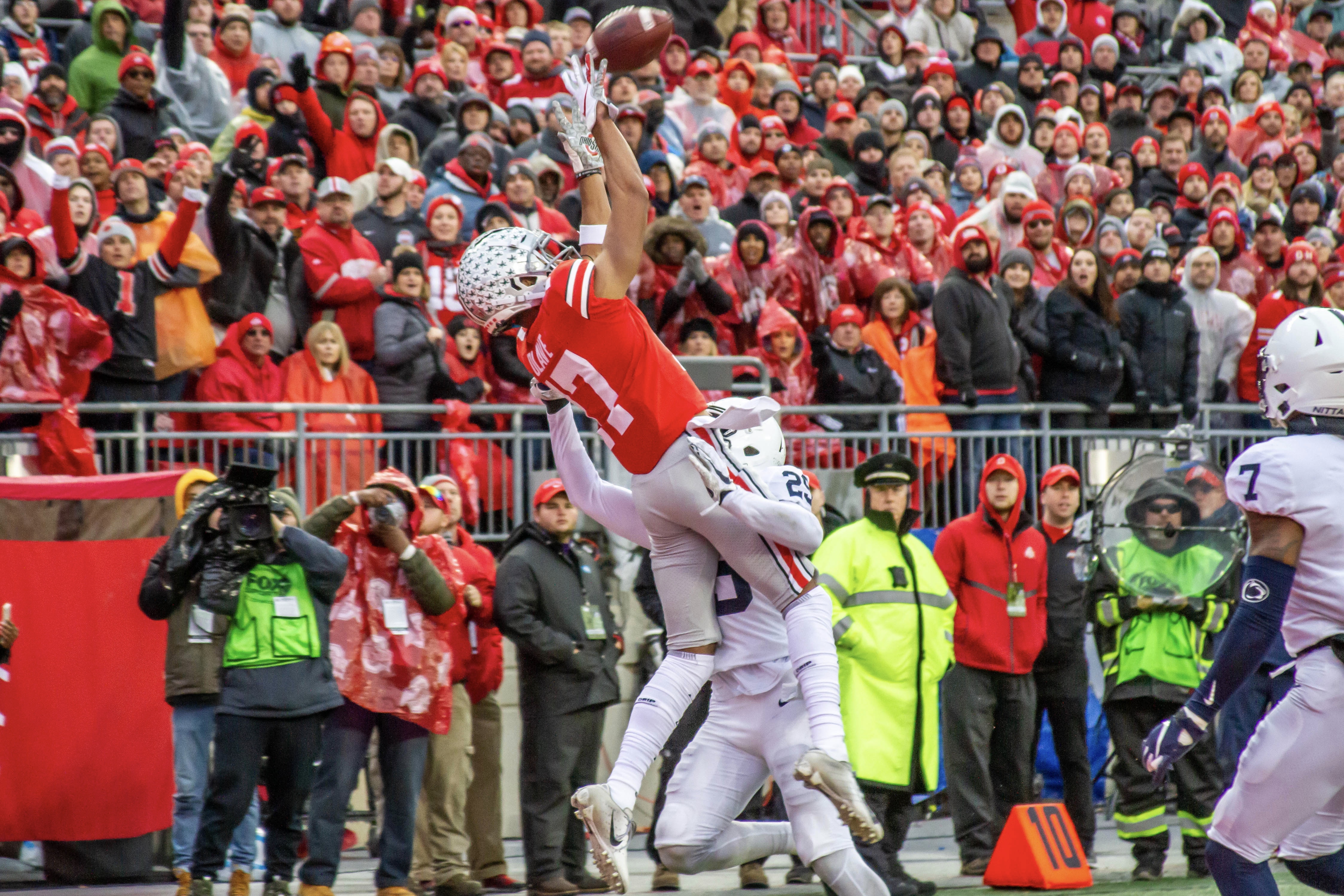 Roar Lions Roar senior editor Matt de Bear makes his first appearance on the BSB podcast to talk about Penn State’s roster and the upcoming matchup between the Nittany Lions and Buckeyes.

Before that, however, we broke down the AP poll, the cancelation of the Nebraska-Wisconsin game, Noah Cain’s injury and some big news in Buckeye recruiting.

Post-interview, we jumped back in to give some of our own thoughts on the key matchups, top three players on each team and a score prediction. Wyatt picked Penn State to cover that +12 spread, with the Buckeyes winning 34-24, while Patrick gave the Buckeyes the cover at 38-24. Both picks are under the 63.5 points total.

Then, some quick talk about the NFL and Ezekiel Elliott’s no good, very bad season, and a look at the week ahead in college football, including picks against the spread for all Big Ten matchups.

Follow the show on Twitter at @buckeye_sports and follow Patrick (@patrick_mayhorn) and Wyatt (@wcrosher). Get more from BSB at buckeyesports.com. You can listen on the embedded PodBean player below, or on YouTube, Apple Podcasts, Stitcher, Spotify, iHeartRadio or Google Podcasts, all of which offer the show for free. The next episode is a full game reaction and that will be out on Monday, Nov. 2.