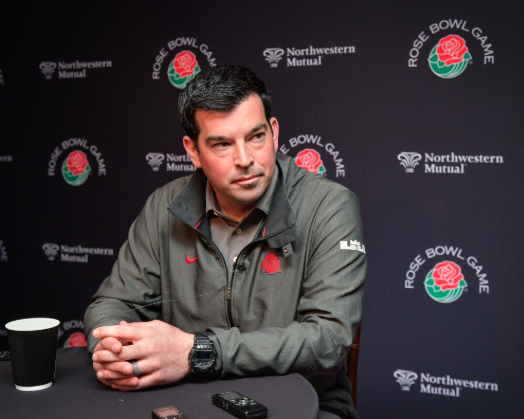 Although the two sides will still need to wait on the official announcement, expected Sunday at 2:30 p.m. on ESPN, Ohio State and Utah can all but begin preparation for the Rose Bowl.

With Utah’s win over Oregon on Friday night in the Pac-12 championship and Michigan’s win over Iowa in the Big Ten Championship on Saturday night, the Wolverines are expected to head to the College Football Playoff spot, giving a slot opposite the Utes to the next highest-ranked team in the Big Ten.

And barring a shocker in either Iowa or Michigan State’s favor, that honor will go to Ohio State, which is likely to finish sixth in the final poll, as No. 5 Oklahoma State tumbles out after a loss to Baylor in the Big 12 title game – though the formerly ninth-ranked Bears could leap the Buckeyes. For the Rose Bowl, which still holds ties to the Big Ten and Pac-12, that’s not going to determine anything.

This will be Ohio State’s first trip to Pasadena since 2018 when it took on Washington in the Rose Bowl for the final game of Urban Meyer’s tenure. Then, Dwayne Haskins led the Buckeyes to a 28-23 win with 237 passing yards and three scores.

Before that, the Buckeyes last took the trip in 2009, when it toppled Oregon behind an outstanding day from Terrelle Pryor, 26-17.

The Utes enter the matchup at 10-3 with a league title and a pair wins over the Ducks, who offered Ohio State one of its two losses on the season along with those playoff-bound Wolverines. They’ve rebounded in a major way from a 1-2 start that saw two losses to BYU and San Diego State, and then a third against Oregon State on Oct. 23. Cameron Rising took over at quarterback shortly after the loss to San Diego State and has only one defeat as a starter.