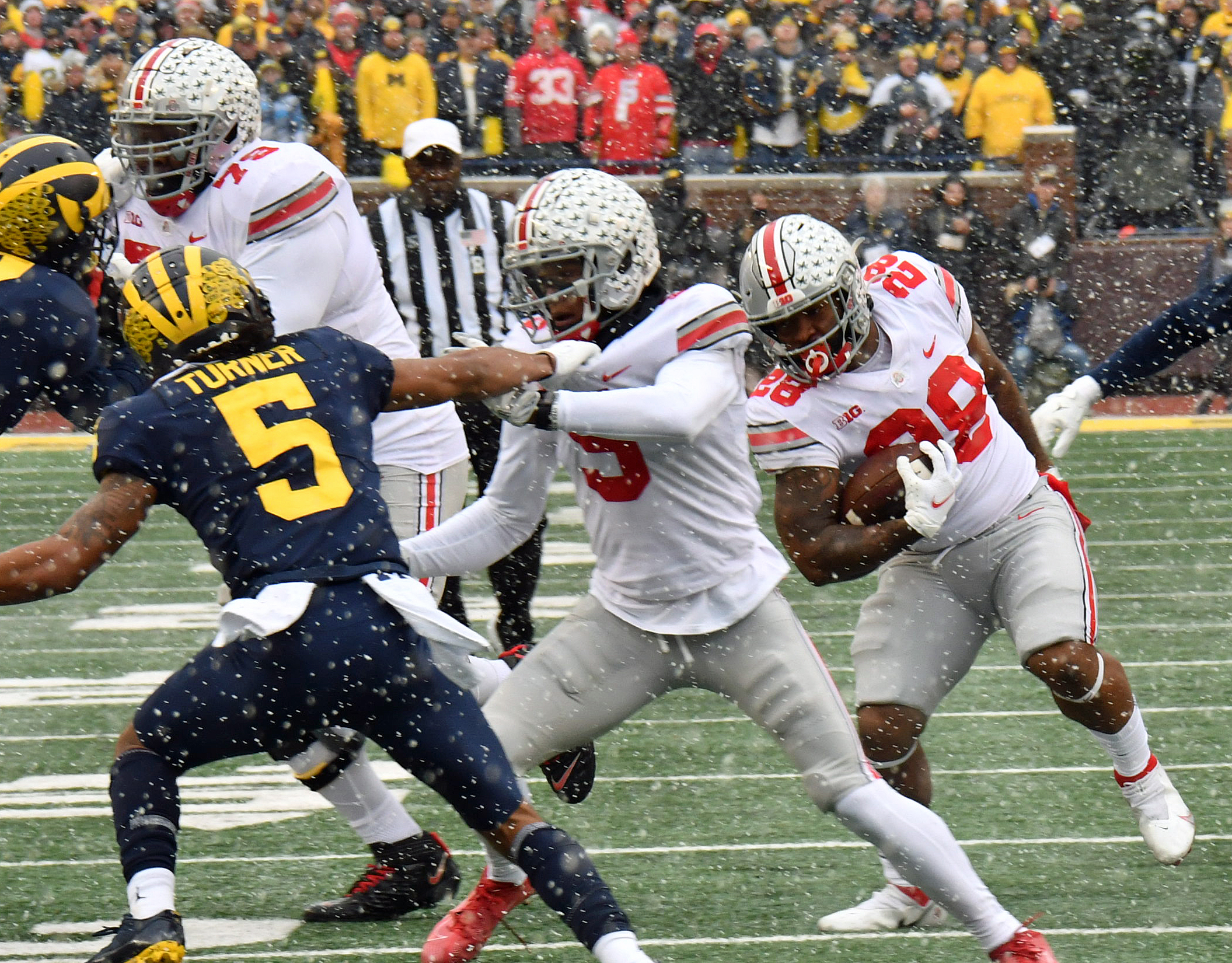 For the first time since the 2018 season, Ohio State will not be finishing its season in the College Football Playoff. The Buckeyes were left out of the top four in the final rankings as expected, with Alabama, Cincinnati, Georgia and Michigan qualifying for this season’s rendition. The Buckeyes are expected to head to Pasadena for the Rose Bowl against the Pac-12 winners out of Utah, but that won’t be announced until the afternoon.

In the field, Alabama has claimed the top spot after its blowout victory over Georgia in the SEC title game, bouncing back in full from its early-season loss to Texas A&M and a close call against Auburn to emphatically earn its spot in the final listing.

The Crimson Tide will match up in Miami with fourth-seeded Cincinnati, the nation’s only undefeated team and the first Group of Five team to be selected for the College Football Playoff for the first time since its advent in 2014. The Bearcats beat No. 21 Houston to lock up the AAC title on Saturday evening, 35-20, behind a dominant third quarter that saw it score 21 unanswered points.

Meanwhile, Michigan secured the No. 2 seed for its first playoff berth, drawing a trip to Miami, Fla., after a similarly dominant 42-3 victory over Iowa in the Big Ten title game, exploding for 28 second-half points to lock up its first Big Ten title in 17 years.

The Wolverines will face off with No. 3 Georgia, which just took its first loss of the season to Alabama after a nearly wire-to-wire run as the unbeaten, unchallenged top team in the nation.

For Ohio State, it’s only the fourth time that it will end the season outside of the playoff field, joining the 2015, 2017 and 2018 seasons when they played Notre Dame in the Fiesta Bowl, USC in the Cotton Bowl and Washington in the Rose Bowl.