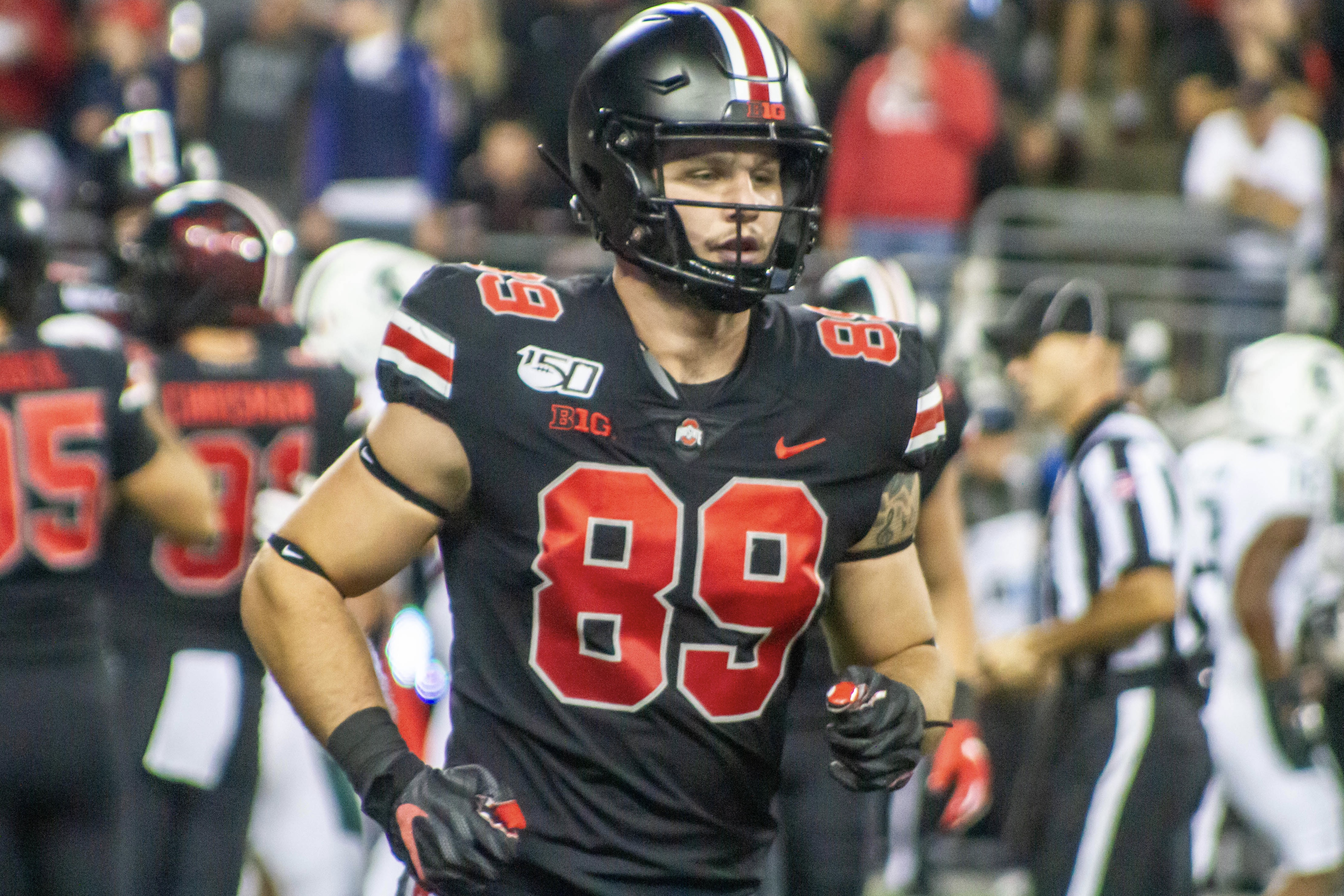 Ohio State fifth-year senior tight end Luke Farrell became the latest Buckeye to earn preseason honors after he was one of 36 tight ends named to the watch list for the John Mackey Award on Friday afternoon.

A former four-star prospect from Perry, Ohio, Farrell has 28 career catches for 343 yards and three touchdowns. And while those statistics don’t jump off the page, he is highly regarded for his blocking ability.

“He’s done a lot, not just this year but last year too,” head coach Ryan Day said after Ohio State’s 34-10 win over Michigan State last October, in which Farrell hauled in a 21-yard touchdown pass. “When you’re a tight end, you have to be able to do a lot of things. You have to be able to protect, run routes, run block and do all those things. To do that takes a special guy, and I think Luke does all those things very well.

“He’s not a guy that takes a lot of maintenance. You tell him something once, he gets it. And that’s not easy as a tight end because you have to be involved in so many things. You have to be a high processor. He does that. He doesn’t bring a lot of attention to himself when he’s not getting the ball or anything like that like. Never heard anything like that from Luke.”

The John Mackey Award is presented annually to college football’s most outstanding tight end. No Ohio State player has won or been a finalist for the award in its 20-year history.