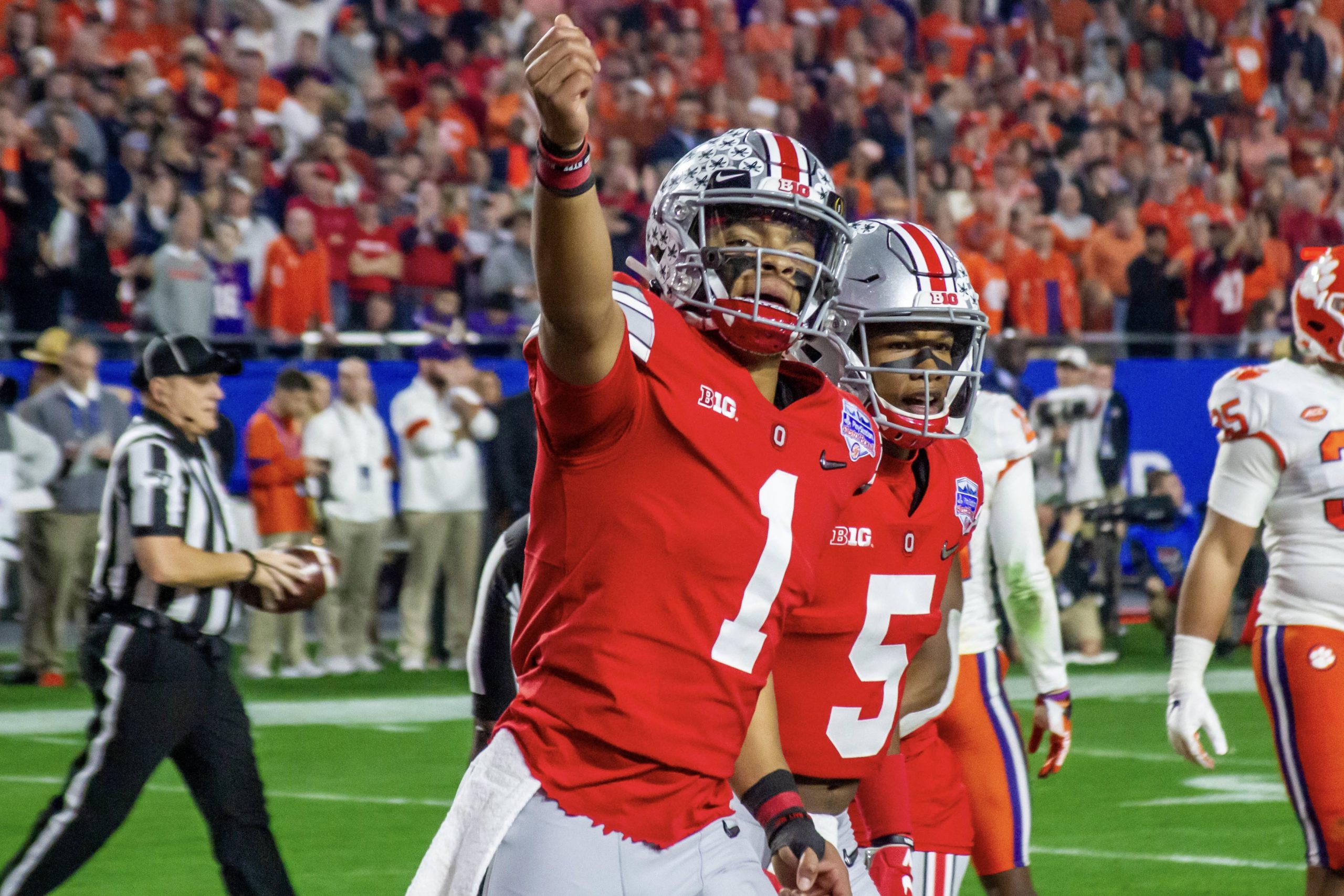 Ohio State standouts Justin Fields and Shaun Wade are both projected to be first-round picks in the 2021 NFL Draft.

While fellow Big Ten stars Rashod Bateman of Minnesota and Micah Parsons of Penn State decided to opt out due to concerns regarding COVID-19, the talented Buckeyes have a tough decision to make.

Although there remains much uncertainty surrounding the upcoming college football season, Fields and Wade said they have not given significant thought to opting out in preparation for the draft.

“I feel like people really have different situations on whether they should opt out or not,” Fields said during an Aug. 4 teleconference. “Some people’s families might not be as financially stable as others, but me growing up as a kid, I’ve always been a competitor. I’ve always just loved to play football. Growing up with my family, I never really needed anything. I think my family has provided me with everything I’ve needed. So getting to the money as fast as I can isn’t really a priority for me.”

Fields, a second-team All-American quarterback, said his focus is on the 2020 season, which begins with the genesis of fall camp on Aug. 7, rather than an NFL future. 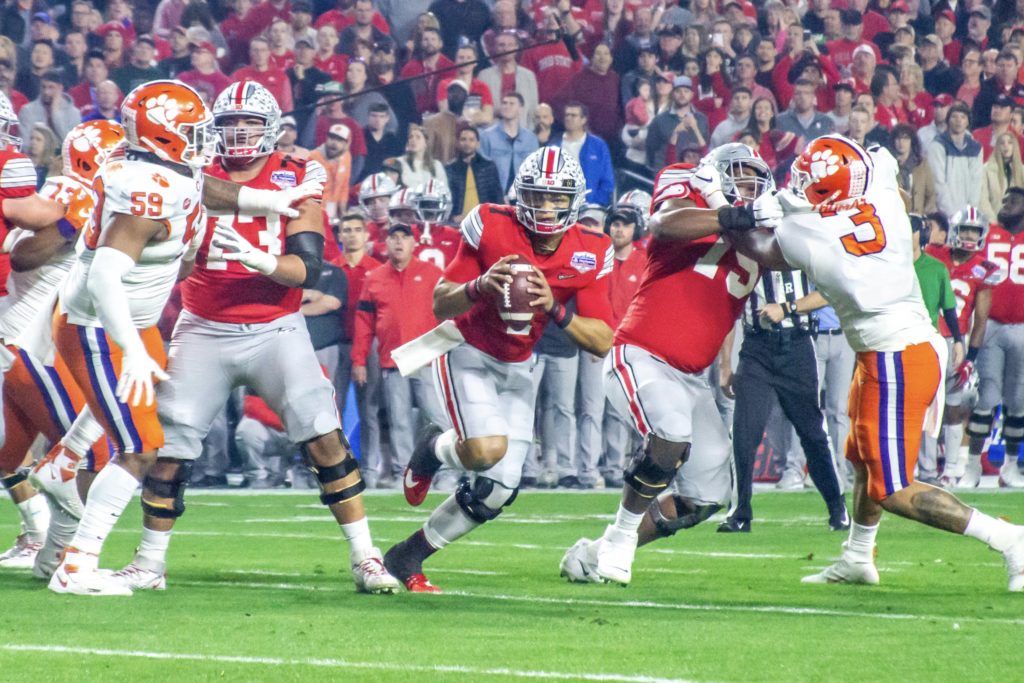 “Just playing with my teammates and grinding every day with Coach (Mickey Marotti) during workouts and playing, that’s what I’m cherishing the most right now and really just looking forward to the season,” Fields said. “I’m just trying to stay as optimistic as possible right now. But, really, to opting out, I can see where those guys are coming from, but I necessarily haven’t really thought of it yet.”

A third-team All-Big Ten cornerback, Wade, also faces a similar situation. Although he is not projected to be taken as high as Fields, he still projects as first-round selection. Wade could have left following his redshirt sophomore season in 2019, but he decided to return for one more year and improve his draft stock. 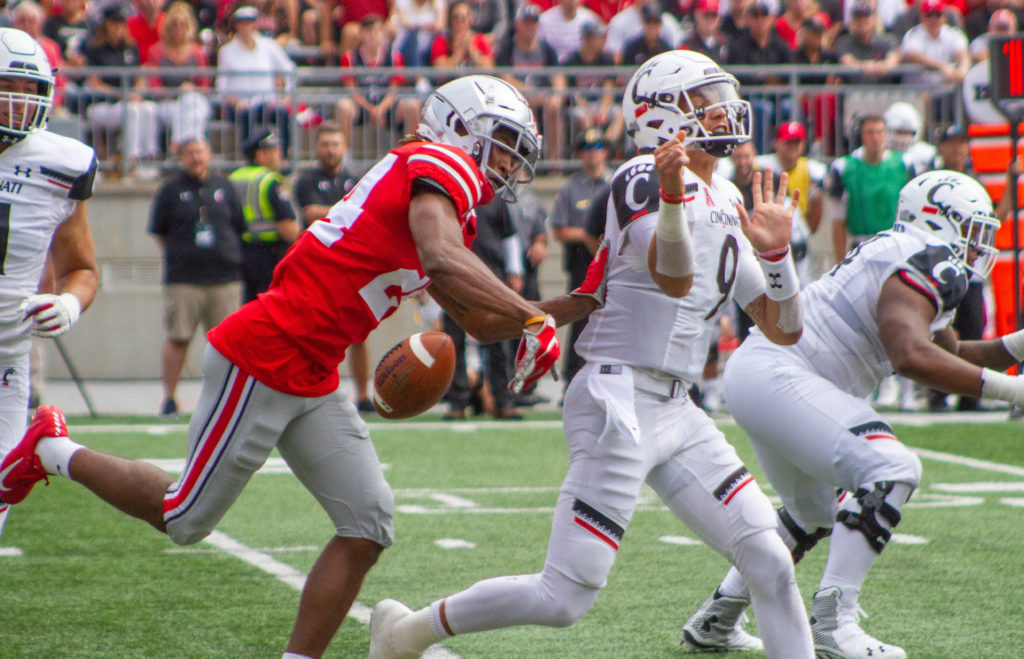 Wade’s father, Randy, and his mother, Gwen, told First Coast News, a TV station in Jacksonville, Fla., that Wade would sit out if the college football season was eventually moved to the spring of 2021 due to concerns about the COVID-19 pandemic.

In his first interaction with the media since spring ball, Wade, however, said he has not thought about opting out, as well as the fact that he does not regret his decision to return to Columbus.

“I have no second thoughts and no thoughts about opting out,” Wade said. “Just really taking it day by day and trying to enjoy what we have right now. We’ve just gotta listen to the Big Ten and our coaches and go through day by day to see what they’re talking about. We’ve got the best of everything at Ohio State so we’ve been taking it serious. I really haven’t thought about opting out or anything like that, to be honest.”

A fierce competitor like Fields, Wade said  his focus lies solely on preparing for the season at Ohio State, not on his future in the NFL.