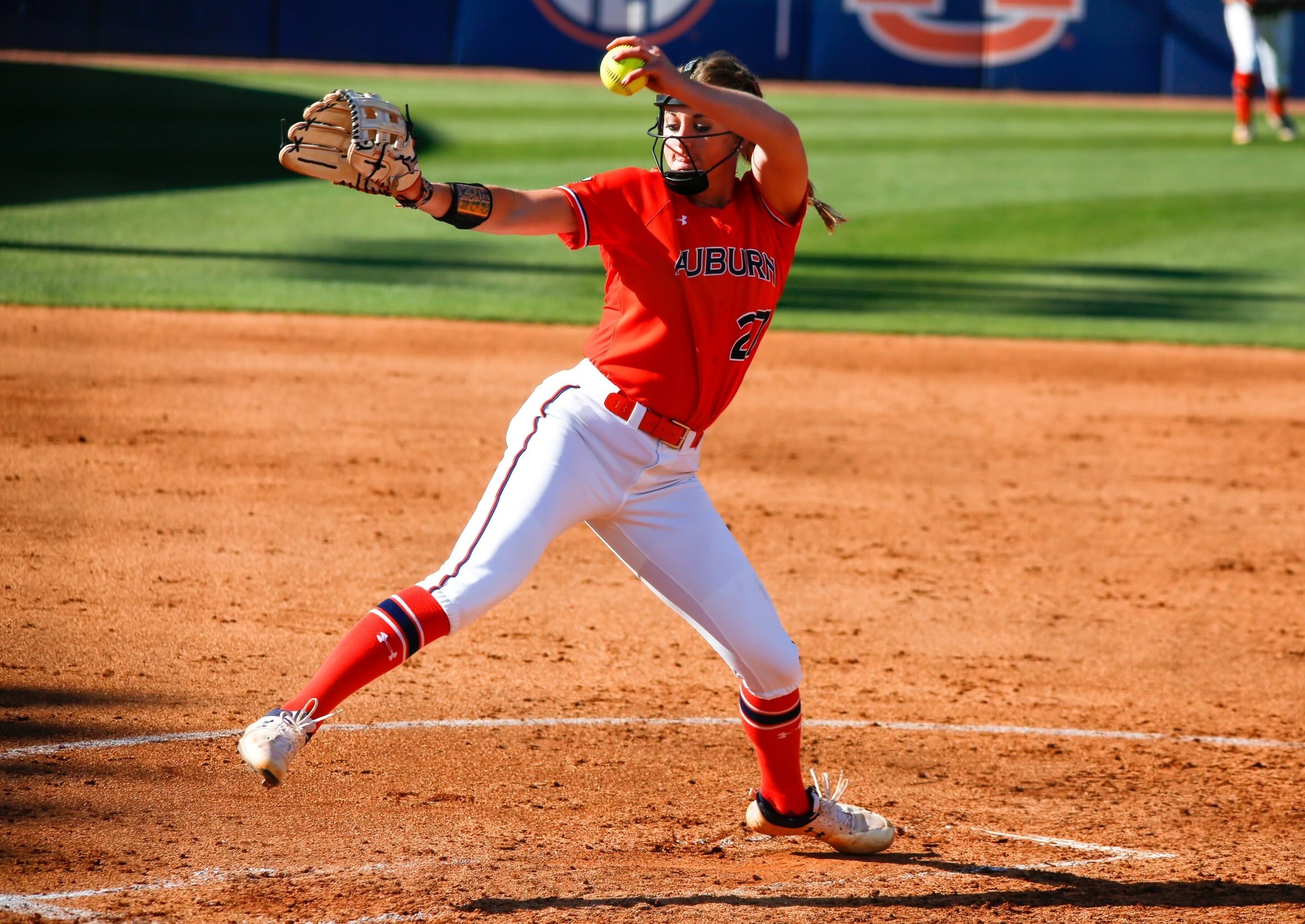 “Lexie will be a solid addition to our roster,” Kovach Schoenly said in a press release. “As a graduate transfer, she brings maturity and confidence as well as years of experience. As a southpaw, she brings an entirely unique look to our bullpen. She will throw for high velocity as well as challenge hitters with her wide array of pitches.”

Handley began her college career at The University of Akron, where she tallied a 2.45 ERA while throwing 20 complete games and seven shutouts in 226 innings. She also struck out 183 batters en route to winning the 2017 MAC Freshman of the Year award.

In 2018, Handley moved on from Akron and transferred to Auburn. After sitting out her first year due to transfer rules, she would pitch in three seasons for the Tigers, totaling 53 appearances and winning 11 games.

Last year, in a COVID-shortened 2020 season, Handley pitched five complete games and finished with a 2.74 ERA, which was the best in her Auburn career.

Next spring, the Mogadore, Ohio, native will use her final year of eligibility to pitch for the Buckeyes.

“I’m so grateful to have the opportunity to wear the Scarlet and Gray and represent my home state at such an elite university,” Handley said in the release. “My hopes are that every single person who knows any piece of my story see it as a testament to the Lord’s faithfulness to and guidance of his children.”

Academically, Handley made the SEC Academic Honor Roll three times while studying nutrition science with minors in human development and family studies at Auburn. At Ohio State, she will earn a master’s degree in other research.

“Lexie will be entering our graduate program in sports coaching and will thrive in this profession post-graduation,” Kovach Schoenly said. “She has a passion for the game and growing the sport. I am confident she will have a tremendous impact on this group.”