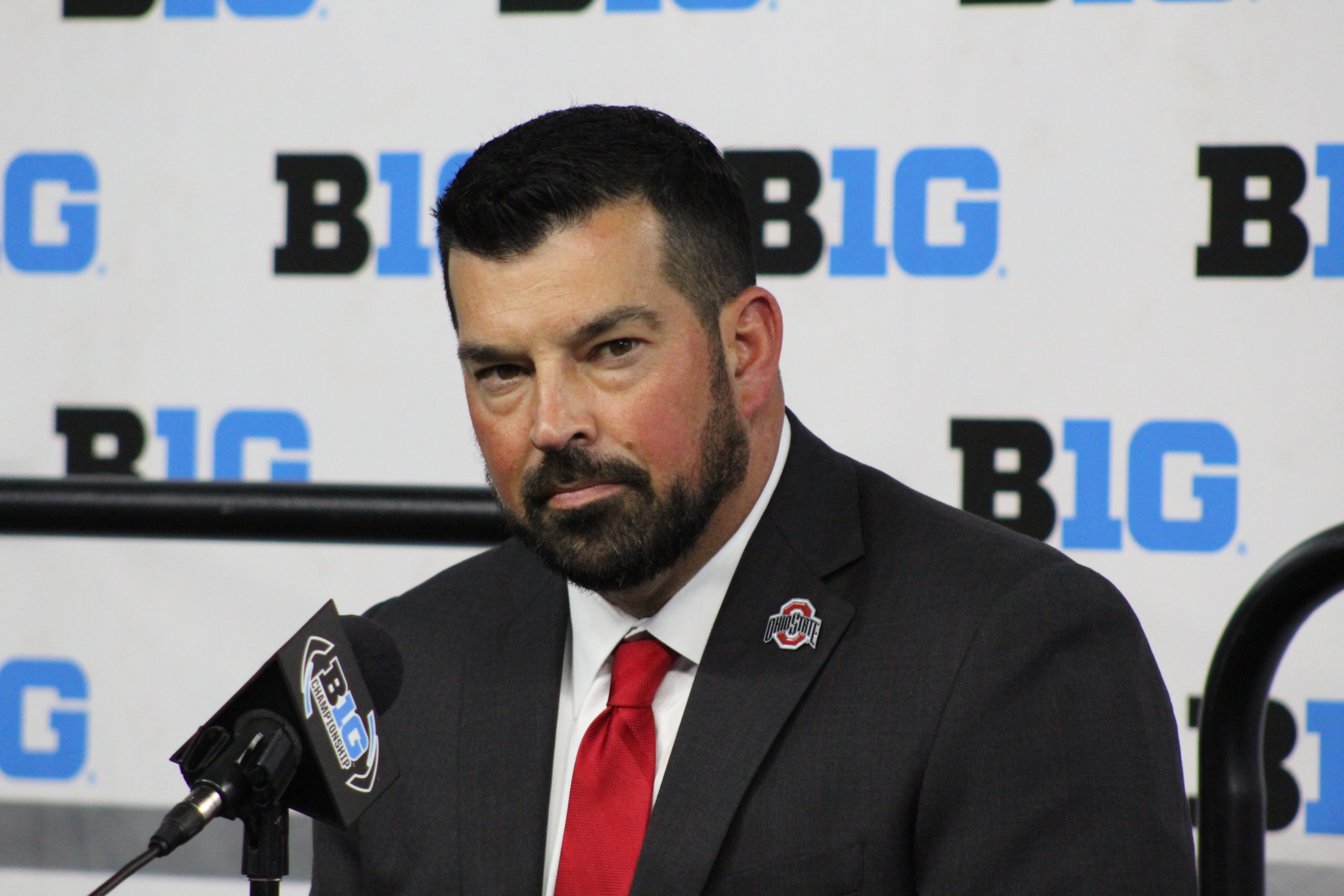 Physicality was not Ohio State’s strong suit in 2021, but the Buckeyes have turned their attention to gaining toughness entering this season.

In Ohio State’s losses last season, the Buckeyes failed to match up to the physicality of Oregon and Michigan — ultimately leading to the Scarlet and Gray getting pummeled in the trenches and falling short in those games. With attention to his team’s underwhelming physicality in those losses, head coach Ryan Day has shifted his focus to instilling toughness into the Buckeyes heading into the 2022 season.

“It’s always a point of emphasis. We have to be able to — especially when you’re on the road – you have to stop the run and run the football. If you can’t do that — and then when the weather is not very good, that’s another thing — you have to be able to do those types of things,” Day said at Big Ten Media Days on Wednesday. “We’re going to make sure, just like every year, that’s a point of emphasis, and I think that with our guys and the offseason we’ve had and showing toughness in this preseason, you’re going to get what you emphasize, and we’ll make sure we emphasize that again this year.”

The Buckeyes’ toughness came into question after they were decimated in the trenches during the 42-27 loss to Michigan on Nov. 27, 2021. Ohio State allowed Wolverines running back Hassan Haskins to explode for 169 yards and five touchdowns on 28 carries. Michigan finished the game with 297 rushing yards and six touchdowns on the ground, as A.J. Henning added a 14-yard touchdown to Haskins’ scoring barrage. While the Wolverines bullied the Buckeyes’ run defense, they were equally successful in stifling Ohio State’s ground game and putting pressure on quarterback C.J. Stroud. Ohio State was held to just 2.1 yards per carry, while Stroud was sacked four times.

Shortly after that loss, then-Michigan offensive coordinator Josh Gattis dubbed the Buckeyes “a finesse team” in regards to their style of play. Wolverines quarterback Cade McNamara echoed that sentiment at Big Ten Media Days on Tuesday, saying he was surprised at how out of hand the game got.

Day did not agree with the finesse team label, pointing to the Buckeyes’ physicality in practice and during the 56-7 win over Michigan State a week prior to the Michigan game.

“I felt like last year, if you came and watched our practice, there was paint flying off of our helmets. Now, C.J. did a great job of throwing the football and we had such great wideouts and our protection was excellent too, so we did do a lot of that,” Day said. “But, there were some games where we were rocking people off the ball and were in the backfield.”

“To me, it isn’t just saying ‘well you weren’t tough in that game or you were tough in this game,’ it’s the consistency level. It’s having a mature enough team to know that you have to bring it every single week.”

With Day and the Buckeyes trying to shake off that identity, he said Ohio State is refocusing its attention to becoming a more physical football team from top to bottom.

“I think it’s just the mentality across the board. It isn’t just one play of running two people into each other and saying ‘this is toughness.’ I think a big part of it is your mentality and we call it competitive stamina, of being able to play four quarters or being able to play a full season,” Day said. “To me, it’s more of not having the competitive stamina to finish the season and not being consistent enough because every game at Ohio State matters.”