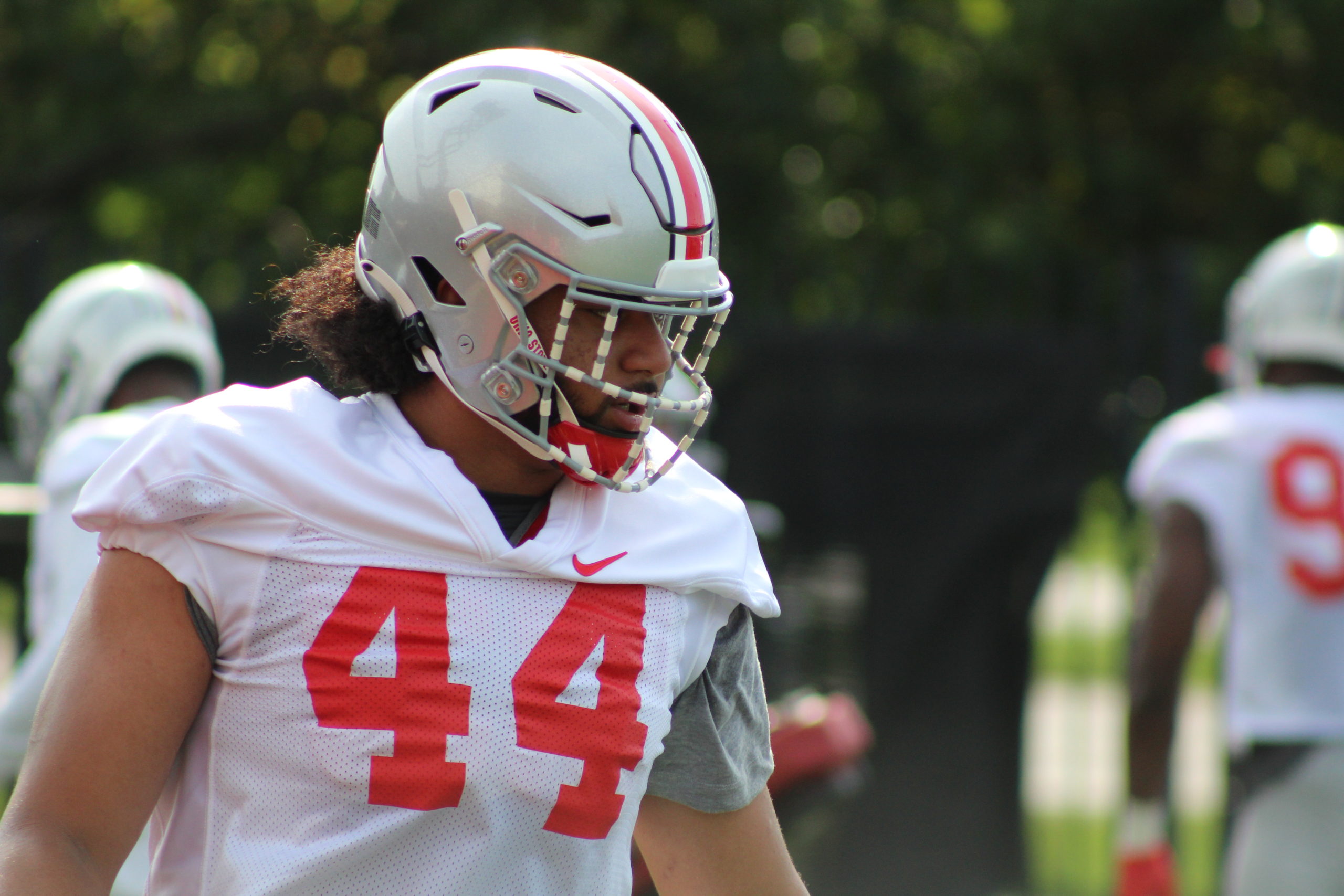 Asked about what Ohio State is focusing on entering fall camp, head coach Ryan Day had three simple goals for the team to focus on.

“For the whole team it’s toughness, discipline and skill. Those are the three areas we want to focus on,” he said. “The reason we say that is because we have to keep each other upright, we’ve got to take care of each other, we’ve got to work with each other, but at the same time we have to build that callous and that edge.”

The process began on Thursday morning with Ohio State’s first preseason practice, which is the first step in setting the tone for the upcoming season. With no pads on yet, the practice was little more than walkthroughs and low-stakes drills, but Day was pleased with the team’s first outing.

“Everyone was jacked up today and flying around,” he said.

The only player out was linebacker Mitchell Melton, who is out for the season after suffering an injury in the spring game, so Ohio State firing on nearly all cylinders at the Woody Hayes Athletic Center. Several Buckeyes who were out or limited during the spring returned in full, including offensive lineman Josh Fryar, defensive end Tyler Friday and safeties Josh Proctor and Lathan Ransom.

The latter three are expected to be significant rotational members on defense, with Proctor likely in line for a starting role as one of defensive coordinator Jim Knowles’ three safeties.

“I like the scheme. I like what Jim is doing. I like what the defensive staff is doing,” Day said. “I think Tim (Walton) and Perry (Eliano) and Larry (Johnson) do a great job. They teach effort, they teach fundamentals. I like what’s going on there. The proof will be in the pudding when we play Sept. 3, but certainly there’s a lot of optimism.”

There are plenty of takeaways from Ohio State’s first camp session – BSB outlined several, including observations on Ohio State’s offensive and defensive line rotations – but it’s the first of 25 practice sessions the Buckeyes will participate in throughout the next few weeks in preparation for Notre Dame.