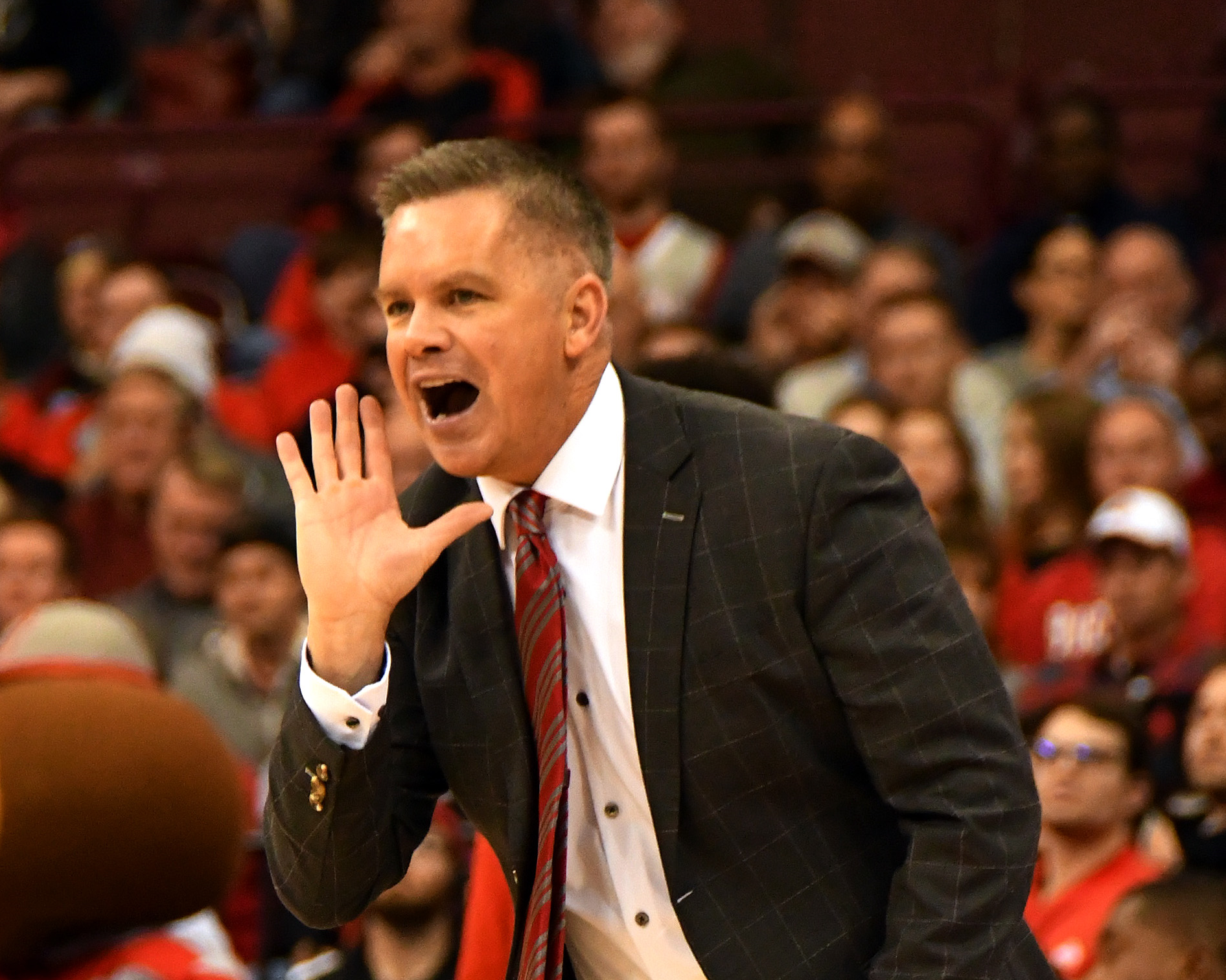 After shooting 25 percent (2 of 8) from beyond the arc in the first frame, the Buckeyes knocked down 12 triples at a 66.7 percent clip in the second half.

Kaleb Wesson led the way for the Scarlet and Gray, scoring 28 points and grabbing 10 rebounds along with a block and a steal in just 25 minutes.

“I thought he looked like who he is today,” Ohio State head coach Chris Holtmann said of Kaleb Wesson, “and that is one of the best players in the country.”

The Nittany Lions battled the Buckeyes early on with a layup by senior forward Mike Watkins cutting an early Ohio State lead to 11-9. The home team went on a 9-0 run, holding Penn State scoreless for five minutes and 18 seconds.

Senior forward Lamar Stevens answered with a 3-pointer to end the drought for the Nittany Lions. Penn State cut the deficit to 22-15, but Ohio State responded with a quick Wesson-led 8-2 rally, where Andre scored six points and Kaleb added two.

“He settled us down on a number of occasions,” Holtmann said of Andre Wesson. “He gave us a basket when they cut it to seven. His performance in those moments was really good.”

The Buckeyes pushed their lead to 38-23, looking like they might bury the Nittany Lions in the first half, but a 10-2 Penn State run cut the lead to seven. Ohio State closed the half with a 6-2 jolt, taking a 46-35 lead into the intermission.

Curtis Jones hit a three-pointer and John Harrar threw down a dunk to cut the Buckeyes’ second-half lead to 63-55, but that was the closest the Nittany Lions would get. Ohio State caught fire from deep, rolling on a 37-9 run, which included a 15-0 spurt and eight triples.

Washington drilled the three-pointer that sparked the onslaught, which came on an assist by junior guard C.J. Walker off an offensive rebound by Andre Wesson.

“I was about to get back; I’m glad I didn’t,” Andre Wesson said. “I got the board and C.J. made a great pass to Duane in the corner, and it kind of got us going with that energy play. Once you see that and the crowd getting into it, you feed off that energy and just try to keep it going.”

“We put up a lot of points and held a very good Penn State team to what they had, so it’s good,” Andre Wesson said. “We made a statement victory, but we’re not really worried. We know that we have bigger goals, and we’re just going to attack everyday the same way.”