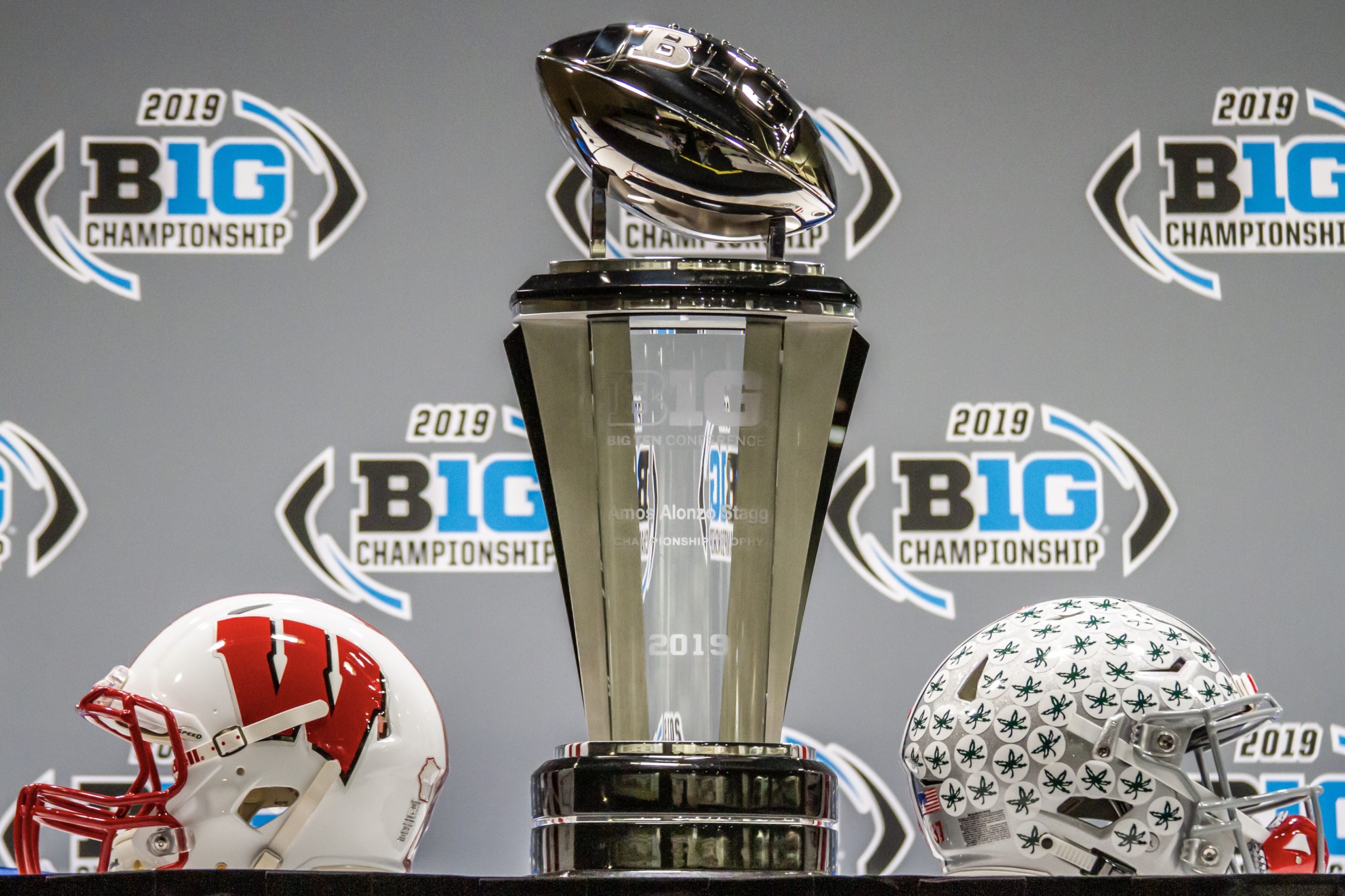 Ohio State heads to Indianapolis in search of its third consecutive outright Big Ten title, which would be a first in conference history. But Wisconsin stands in the way, looking to avenge a 38-7 loss in late October.

The Buckeyes are a 16-point favorite over the Badgers this time around, and the staff of Buckeye Sports Bulletin — including Wyatt Crosher, Joe Dempsey, Andrew Lind and Patrick Mayhorn — expects a similar result on Saturday night (8 p.m. on FOX).

WC: “Ohio State and Wisconsin met just over a month ago and the Buckeyes won by 31 in a weather situation that, to me, helped the Badgers more than anything.

“Sure, the Buckeyes were at home and the game was 10-7 in the second half, but eventually Ohio State’s running attack was just too much, and the Wisconsin offense did too little, and the game got out of hand.

“I don’t see much changing between these two games, mostly because I believe these teams are very much at the same levels as before, and the game being played in Lucas Oil should help Justin Fields get the passing game going more than it will for Jack Coan.

“It might not be quite as lopsided of a contest because of what this game means for both sides — Ohio State is almost certainly in the playoff, win or lose — but I expect much of the same from what was seen in late October to happen once again in the Buckeyes’ rematch with the Badgers.”

JD: “Ohio State is the superior team to Wisconsin top to bottom and should showcase that fact in the Big Ten Championship Game.

“The Badgers’ best chance at an upset is to force turnovers and get the Buckeyes’ offense off the field as quickly as possible. Ohio State boasts the nation’s highest-powered offense at 49.9 points per game and leads the country in third-down conversion rate at 58.3 percent.

“Stopping the Buckeyes is easier said than done, but Penn State showed that it is possible to create turnovers against them.

Also, part of Ohio State’s success comes from its ability to extend drives with third-down conversions. Fortunately for the Badgers, they are the best nationally in third-down defense, stopping opponents on 74.3 percent of attempts.

“The first time Ohio State and Wisconsin faced each other, however, OSU converted on 9 of 14 third-down attempts, while U-W converted on just 4 of 13 tries and on 1 of 2 fourth downs.

“For the Scarlet and Gray, if they protect the football and convert on third downs, they should win handily behind the steady forces of J.K. Dobbins and Justin Fields.”

AL: “While seemingly everyone is convinced that Ohio State will make the College Football Playoff regardless of the result in Saturday’s Big Ten Championship Game against Wisconsin, it’s clear winning the conference is still a big deal to head coach Ryan Day.

“A big win would also help the Buckeyes avoid LSU or Clemson in the first round of the playoff, and they should be motivated for that reason alone.

“That said, it’s definitely difficult to beat the same team twice in one season, and it’s highly unlikely Ohio State holds Wisconsin running back Jonathan Taylor to another season low in yards. But there’s nothing to suggest the overall outcome will be any different this time around because the Buckeyes are the all-around better team and there’s no inclement weather to deal with indoors, allowing the offense to shine.

“Naturally, my biggest concern is the health of quarterback Justin Fields, who is dealing with a sprained MCL and could limit his effectiveness. But even then, the Buckeyes would simply lean on running back J.K. Dobbins, and the Badgers don’t have the offensive firepower to keep up.”

PM: “Ohio State pulled away from Wisconsin the first time the two teams played, and I don’t see anything changing on that Wisconsin sideline that would make this game any different. The Buckeyes are deeper, stronger in the trenches, and faster than the Badgers, and like in October, it’s only a matter of time before that kicks in on Saturday.

“Unlike in October, Wisconsin doesn’t have the benefit of poor weather, which hampered Ohio State’s ability to pass the ball in the first half. If Justin Fields is healthy enough to come out firing, this could be over quickly.

“Even if Fields is only 70 percent of his usualk form, the Buckeyes can ride J.K. Dobbins to a win and a playoff berth on Saturday night.”