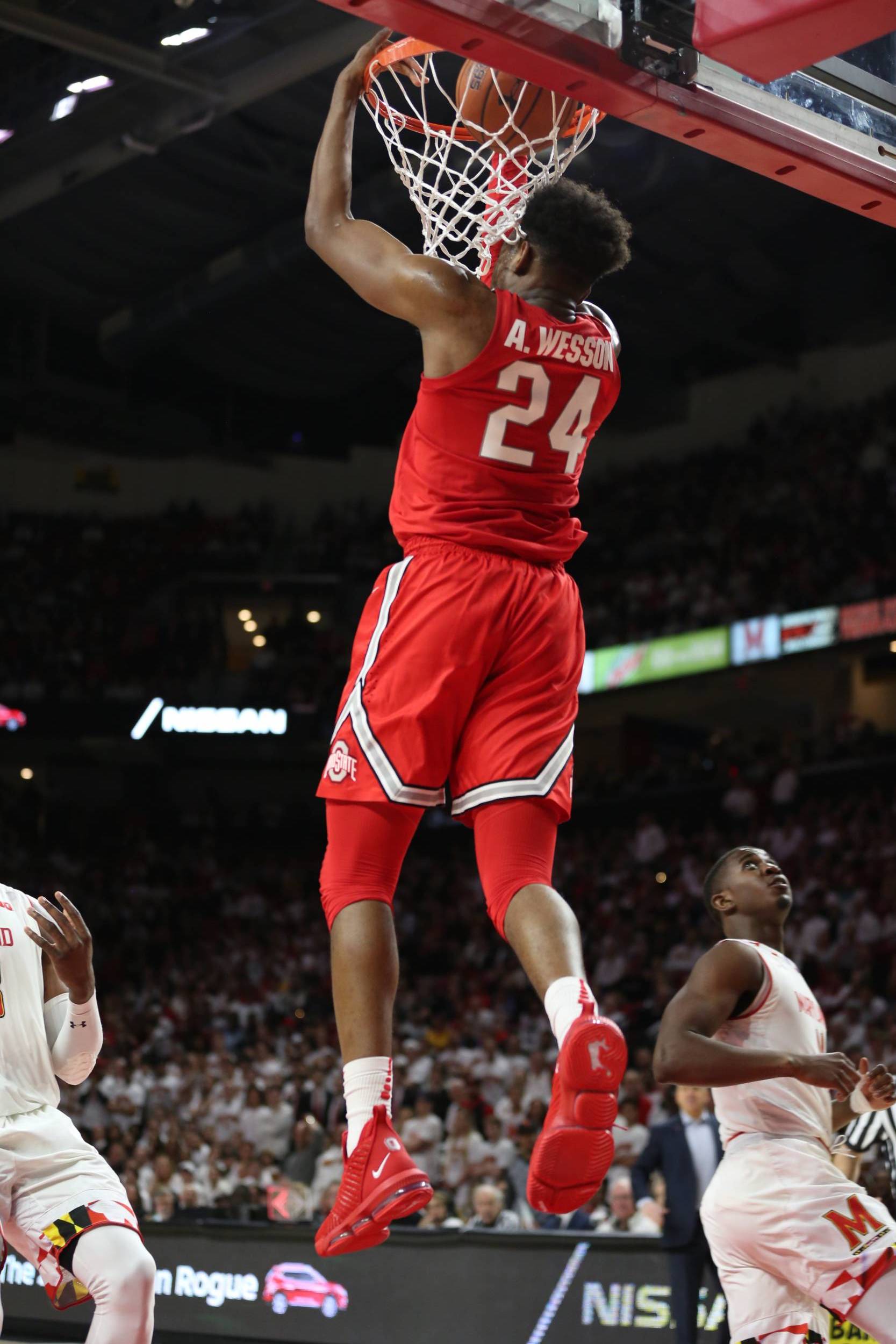 A dry spell in the second half proved too much for Ohio State to overcome when the Buckeyes lost 72-62 at No. 24 Maryland at the XFINITY Center in College Park, Md., on Saturday.

The Buckeyes played without senior guard C.J. Jackson because of an injury to his right shoulder. He had started 25 of 26 games and was averaging 12.5 points and 4.2 rebounds.

His absence was felt when the Buckeyes showed their lack of experience and poised.

When Andre Wesson made a reverse dunk with 16:25 to play in the game, the Buckeyes trailed 39-36 but they would go more than five minutes without a point, missing nine straight shots.

What was a close game became a 13-0 run for the Terrapins and a 52-36 advantage with 11:12 left that OSU was unable to overcome despite a valiant effort.

The Buckeyes pulled to within 57-52 on a three-pointer by Duane Washington Jr. and freshman Justin Ahrens,in his first start canned another triple to make it 57-55 with 5:27 remaining.

Ahrens fouled Smith beyond the arc while he was shooting, and Smith made all three from the charity line with 5:04 to go.

Darryl Morsell then made two more foul shots for a 62-55 lead at the 4:29 mark and that was enough of a margin to hold off the Buckeyes, who trailed 33-28 at the half.

The score was tied at 19 before the Terrapins ran off eight straight points, taking a 27-19 advantage with 4:50 left when Cowan scored off a fast break after a turnover.

Ohio State coach Chris Holtmann called a timeout and his team responded with six straight points, the last two on a layup by Woods with 2:42 left. It was Maryland’s turn for a timeout and Smith came out of the break firing, hitting a three-pointer for a 30-25 lead.

Woods made a trey, but Smith canned one of two free throws to go up 31-28. Smith added a bucket with 53 seconds to go for the final points of the half.