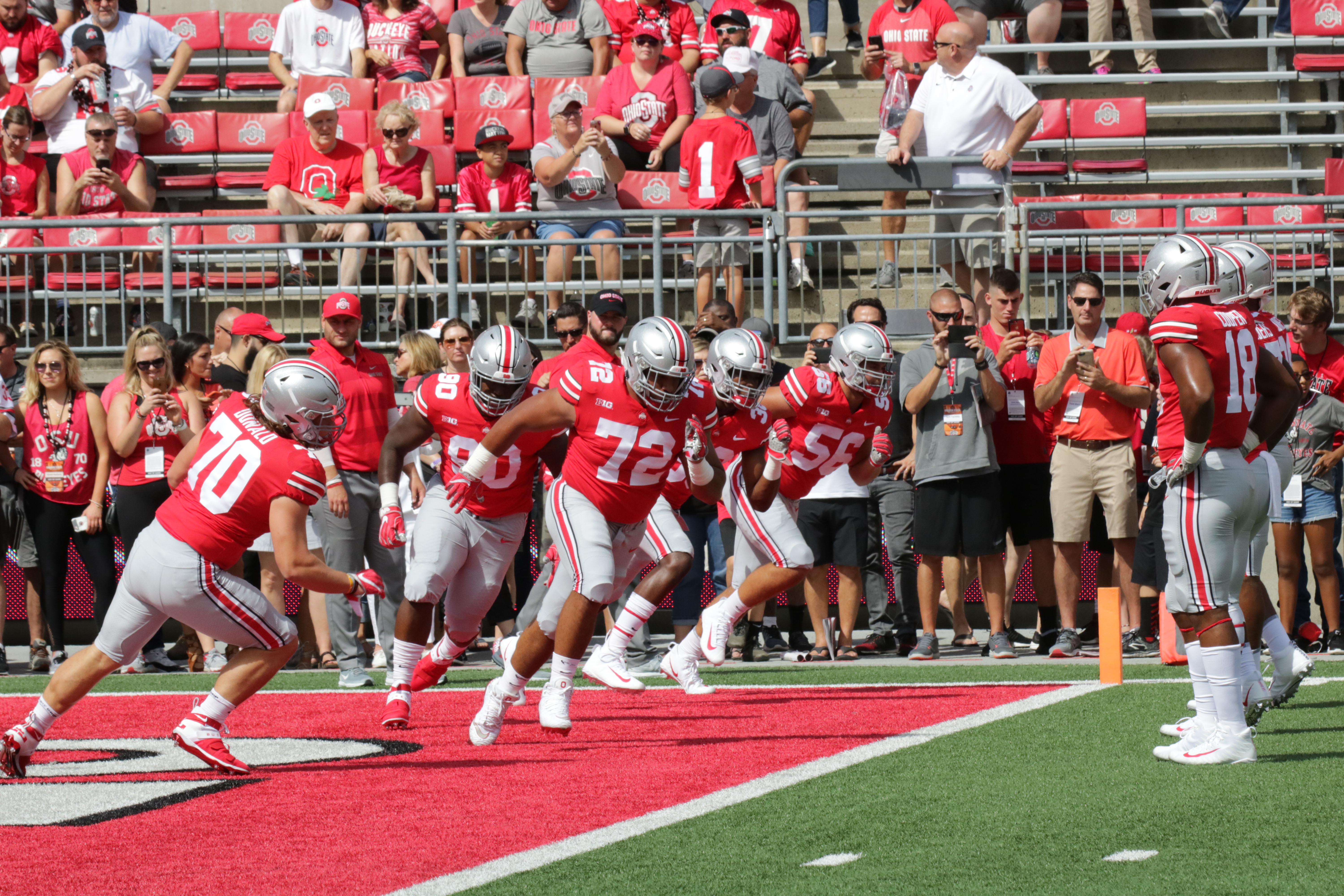 After Ohio State pulled out all the stops to get Tommy Togiai committed Dec. 12, 2017, defensive line coach Larry Johnson delivered in the former four-star recruit’s first-year development at defensive tackle.

At the end of the season, Togiai’s debut featured 10 tackles (two for loss) in 12 games as he earned significant time among four freshmen defensive linemen to crack OSU’s deep rotation, just getting started with Johnson and strength coach Mickey Marotti.

“I feel like I’ve grown a tremendous amount,” Togiai told BSB in December. “From Coach J’s coaching to learning from my teammates, Coach Mick as well, just improving on little things. But I can still get better.”

Truth be told, the Pocatello (Idaho) Highland product’s past year provided an abundance of signs that he would make an immediate impact in his freshman fall, starting last March when he became the first enrollee to have his black stripe removed.

Togiai embraced his early start with Ohio State’s enrollees last January, getting ahead in the weight room as he packed five pounds of muscle by December, going from 290 to 295.

As he enters spring camp the week of March 4, Togiai (6-2, 300) added five more solid pounds to his frame with the next step in sight when practices return to the Woody Hayes Athletic Center.

“It was a pretty big moment just for me,” Togiai said. “When I first got here, I wasn’t really sure of everything, but just getting that black stripe off, it really meant everything to me. It just said that everything was paying off, so I just got to keep working.”

Togiai kept his head down and continued to chip away as he found the field further into the fall. Behind future NFL defensive linemen like Nick Bosa and Dre’Mont Jones, Togiai soaked up knowledge from every last one of the “Rushmen,” including technically-sound tackle Robert “BB” Landers (6-1, 283).

“They really paved the way for the freshmen, us younger guys,” Togiai said. “Showed us how to work hard and led us to the Big Ten championship.

“They really paved the way for me — from when I first got here, too. I learned from Dre’Mont. And then when I moved to nose guard, learned from BB as well. Just to get that leadership from both of them has been great for me. It’s helped me improve on my skills.”

“I think our whole freshman class has been going through it the whole year,” Togiai said. “We’ve seen shots of us during the end of the game, but that talent is there, for sure, and we’ve got to just keep growing together.

“That’s awesome, when I look to my side, just to see other freshmen — my class, making plays — I’m just so excited for them. We’re all just a bunch of guys together that bonded and are really growing together as a unit.”

With his trust in Johnson, who returns on head coach Ryan Day‘s reassembled staff for a sixth year at OSU, Togiai eyes several key areas of improvement as he enters spring camp No. 2. Togiai took advantage of his early enrollment for spring camp and catapulted into the rotation for the fall season, and he mentally approaches the second go-around no differently.

“Coach J’s my guy,” Togiai said. “He’s been improving on me for a great amount, from getting my get-off to my footwork and my feet — everything.”