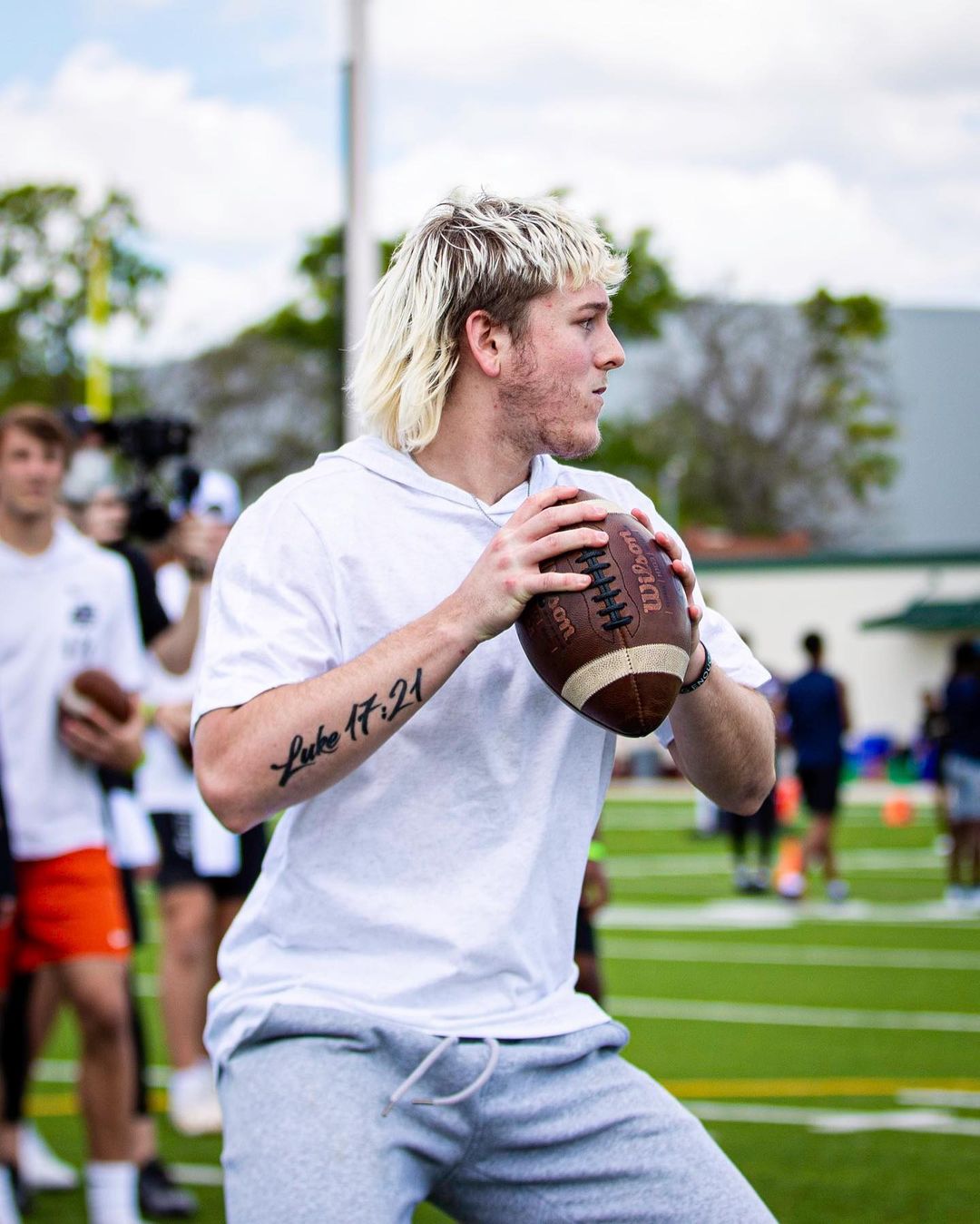 If C.J. Stroud feels threatened by the sudden entrance of Quinn Ewers into the Buckeye quarterback room, he sure doesn’t sound like it.

In fact, the redshirt freshman and presumptive starting quarterback for Ohio State struck a jovial tone Tuesday when discussing the Southlake, Texas, passer and No. 1 overall recruit, who opted to forgo his senior year of high school to join the Buckeye program a year early this week.

“I’m happy for him, man. Me and Quinn are –– he’s a good kid and I’m happy that he’ll be able to make some money,” Stroud said. “I don’t know too much about the situation, but whatever he plans to do, it’s his life. I know how much my senior year was important to me, but at the end of the day, if he has some money to go make, you better go make that money. So I’m happy for him.”

In a statement posted to Twitter on Monday, Ewers said that the University Interscholastic League in Texas informed him that he would not be able to profit from his name, image and likeness as a high-profile high school senior, even after college athletes across the country gained NIL rights this past month.

However, Ewers said the decision was not purely a financial one.

“It’s unfortunate I’ve found myself in this situation, as my preference would have been to complete my senior season at Southlake Carroll along with the teammates and friends I’ve taken the field alongside for the past three years,” Ewers wrote.

Ohio State head coach Ryan Day and quarterbacks coach Corey Dennis did not discuss the Ewers situation despite addressing the media Tuesday, but Stroud said he’ll get a warm welcome from the quarterback room when he arrives on campus.

“We’ll accept him in the room with open arms, just like we did Kyle (McCord). At the end of the day, it’s all a brotherhood,” Stroud said. “I don’t believe in having beef with my teammates or anything like that. Me and Quinn are really cool anyways. I’m definitely excited to get him in here.”

When asked if he would have to look over his shoulder even more now that Ewers is in the picture a year earlier than anticipated, Stroud actually laughed.

“Nah, there’s no rush, man. At the end of the day, they help us to be a better person, a better player every single day,” Stroud said. “That’s my focus, I’m not worried about anybody running up on me or nothing like that.”

McCord, another true freshman and former five-star recruit, said he has met Ewers a few times, and described him as “really cool, really talented.” McCord said he’s excited to develop that relationship once Ewers arrives on campus, and doesn’t expect the nature of the quarterback battle to change all that much even when he does.

The college football landscape is rapidly shifting, and the Ewers situation is just one indication of that fact. Stroud said with the amount of money reportedly on the table for Ewers via NIL, his decision was likely the right one, even if Stroud isn’t sure he would’ve made the same call.

“The game is changing. Definitely with this NIL stuff, it’s more of an opportunity for kids to make money,” Stroud said. So at the end of the day, if you can go do that –– I think for me, myself, I don’t really want to chase money. I just love the game, so I just want to play.”