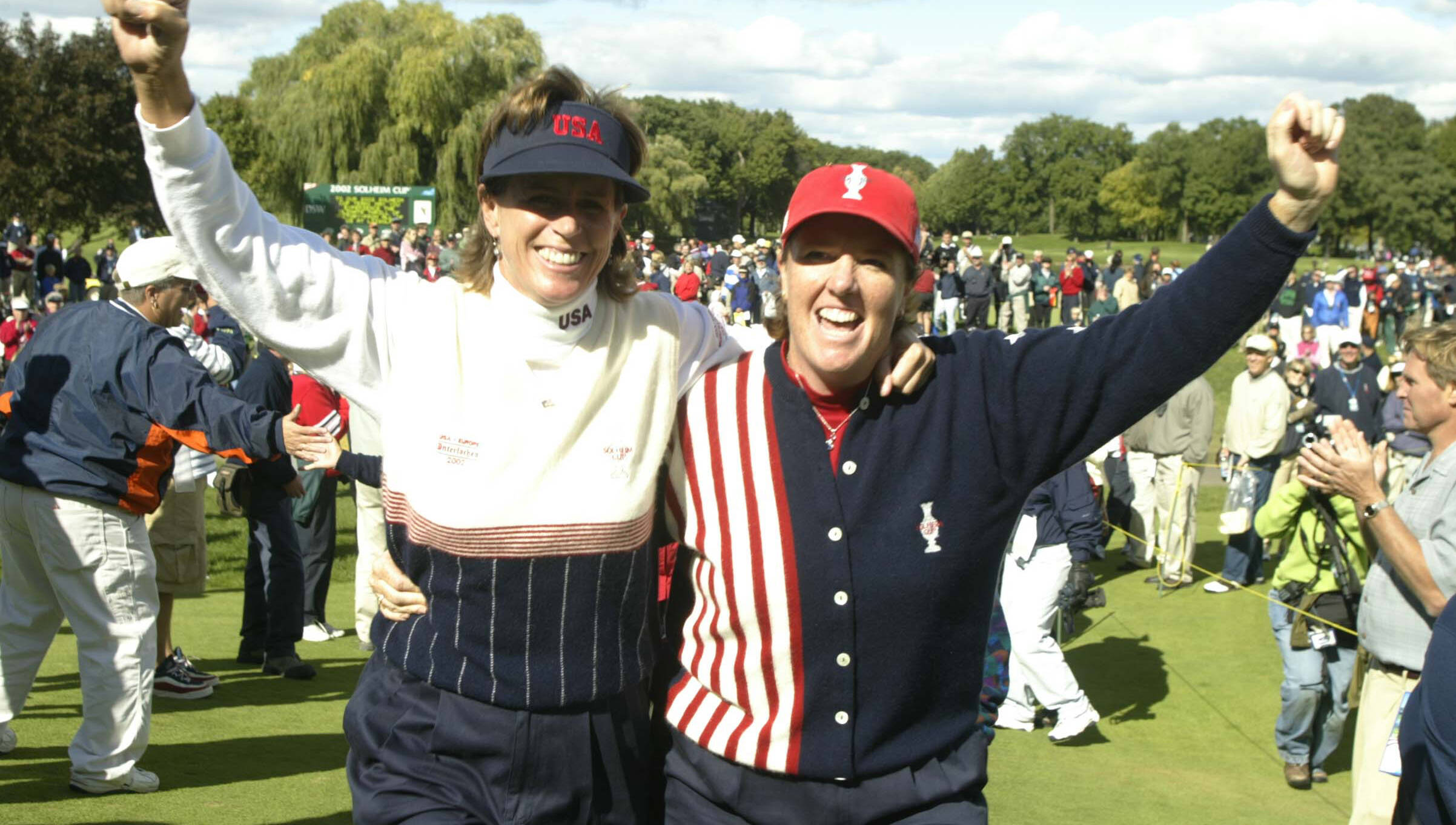 Former Ohio State women’s golfers Rosie Jones and Meg Mallon are now a part of the Ohio Golf Hall of Fame, adding another achievement to their decorated careers.

Jones golfed at Ohio State from 1978-1981, earning All-America honors as a senior. She won an individual Big Ten Championship and helped lead the Buckeyes to 21 tournament victories over four seasons, including four consecutive conference titles.

“I couldn’t be more honored and excited to be inducted into the Ohio Golf Hall of Fame,” Jones said. “I give my experience at Ohio State credit for my discipline and drive to be the best I could be for my future and team.”

Jones played on the LPGA Tour for 24 seasons, winning 13 tournaments and four runner-up finishes in major championships and earning more than $8 million in her career. She represented the United States in seven Solheim Cups — a match-play competition between American and European players  — and captained Team USA in 2011.

Mallon lettered at Ohio State from 1982-1985. She became a two-time first-team All-Big Ten honoree and a runner-up at the 1985 Big Ten Championship.

“I am thrilled and honored to be elected into the Ohio Golf Association Hall of Fame,” Mallon said. “Going in with fellow Buckeye Rosie Jones makes it even more special. I have had so many great golf memories in Ohio and really appreciate the recognition.”

After her career at Ohio State, Mallon joined the LPGA Tour in 1987. Her breakthrough came in 1991 when she won four tournaments. Two of her victories came in major championships — the Mazda LPGA Championship and the USGA Women’s Open. The Writers Association of America named Mallon the Female Player of the Year at the season’s end.

Later in her professional career, Mallon claimed two more major championships, winning the 2000 du Maurier Classic and another USGA Women’s Open in 2004. She retired with 18 wins, including four majors and over $9 million in total earnings.

Mallon represented the United States in the Solheim Cup eight times and became an assistant captain in 2009 and captain in 2013. Jones and Mallon were teammates on eight straight Solheim Cup teams from 1996-2005 and won six times together.