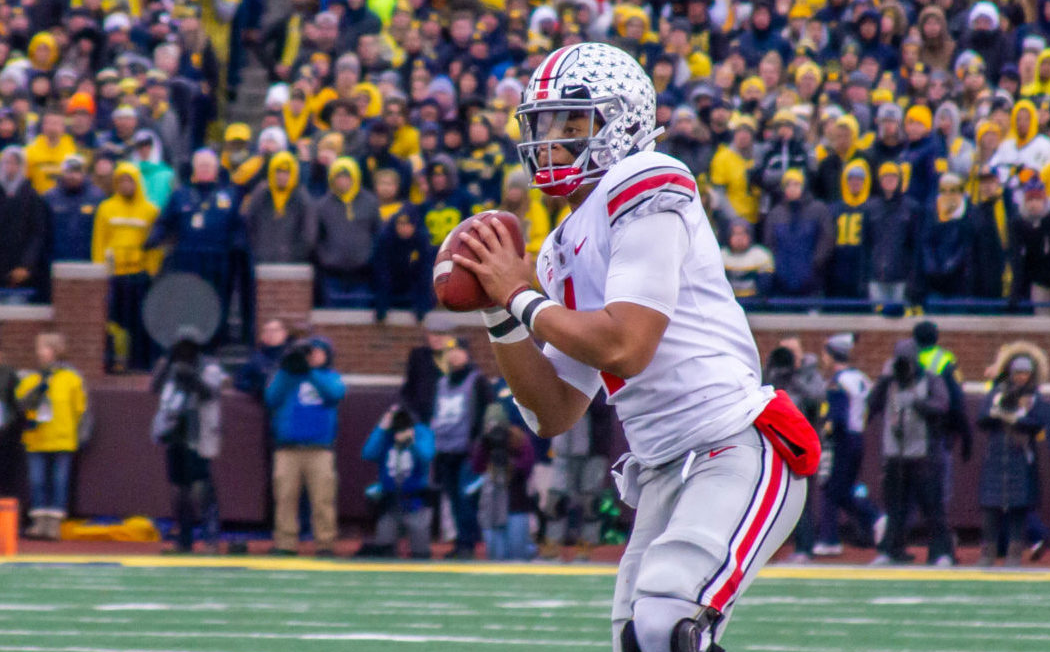 Prior to the announcement of the 2020 Big Ten football schedule, Ohio State players discussed the different possibilities of when they might face arch-rival Michigan.

The Buckeyes were not concerned with when “The Game” would be played, but they did express the desire to continue their eight-game winning streak in the historic rivalry.

“I don’t really care when we play that team up north,” Ohio State junior quarterback Justin Fields said during an Aug. 4 teleconference. “I just want to play them. My answer is simple: Just beat the brakes off of them.”

Backing up his quarterback, fourth-year junior guard Wyatt Davis addressed the possibility of playing the Wolverines week one.

“If it’s the first game on the schedule, so be it,” Davis said. “It doesn’t matter. We’re going to beat the brakes off them.”

Traditionally, Ohio State and Michigan face off during the last week of the season. Ohio State fourth-year junior center Josh Myers addressed potentially not playing “The Game” at the end of the season, but instead earlier in the year to assure it happens.

“Of course, with the tradition of the game, I would love for it to be the last game of the season,” Myers said. “I’d also love to have a normal college football schedule. I’d love to play Oregon. So there are a lot of things that are different about this year. I think just letting that go for now and accepting the situation as is and being ready to play any day.”

When the Big Ten schedule was announced Aug. 5, the matchup between Ohio State and Michigan was moved up to Oct. 24 in Ohio Stadium.

The Buckeyes have won 18 of the past 20 matchups in the rivalry, yet the Wolverines still maintain a series advantage 58-51-6.

Although the rivalry has become lopsided in the Buckeyes’ favor this century, the desire to dominate their rivals still drives their motivation.

Jonathon Cooper, a fifth-year senior defensive end, had the opportunity to play in one more game before taking a redshirt in his injury-riddle fourth season in 2019. Instead of waiting for the Big Ten Championship Game, the College Football Playoff semifinal or a potential national title game, Cooper elected to play his final game of the year against Michigan.

Cooper, who recorded his only sack of the season against the Wolverines, could not care less when the Buckeyes take on their arch-rival – he just wants another opportunity to play in “The Game.”

“That date does not matter,” Cooper said. “It’s the team up north. As long as we get to play them.”