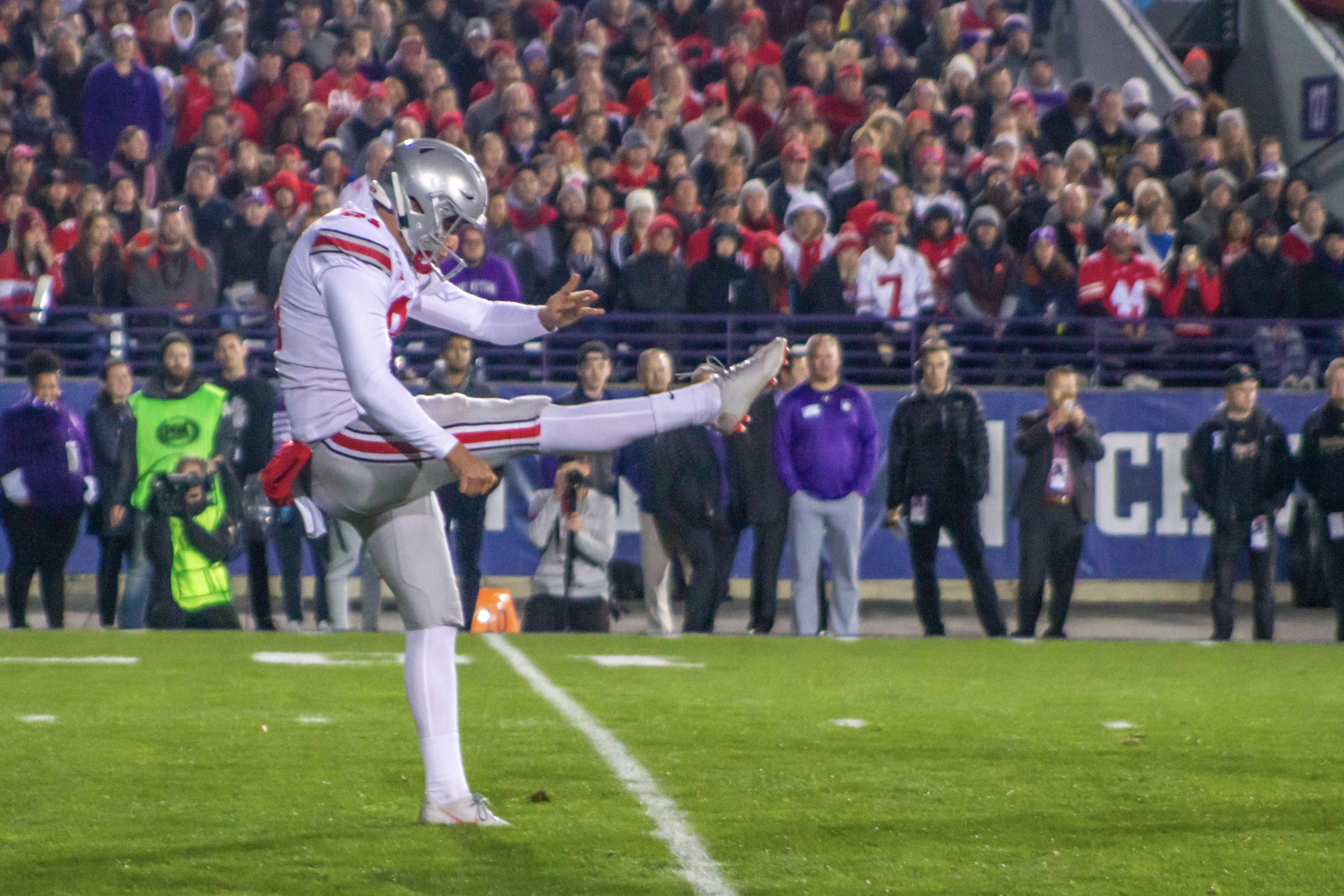 Kickin’ it! Two more @OhioStateFB Buckeyes have been named to respective national award watch lists: @DChrisman91 to the @RayGuyAward and @blakehaubeil95 to the Lou Groza Collegiate Place-Kicker. #GoBuckeyes!

The Ray Guy Award honors the best punter in the country, while The Lou Groza Award represents the top kicker nationally.

Chrisman was one of 19 punters across the country named to the preseason watch list and one of three Big Ten punters selected.

Despite a lack of opportunities with the Buckeyes’ high-octane offense, Chrisman is one of the nation’s top punters. He ranks fourth in Ohio State history with a career average of 43.9 yards per punt and third in punts inside the 20-yard line with 72.

As a third-year sophomore in 2018, Chrisman won the Ray Guy Punter of the Week award for his clutch performance against Penn State in a 27-26 comeback thriller. Chrisman played a pivotal role as the Buckeyes came back from 12 points down in the fourth quarter, averaging 47.9 yards per punt.

The Cincinnati La Salle product had nine punts totaling 431 yards with a long of 58 and three inside the 20-yard line. He helped win the game for the Scarlet and Gray in the field position battle, keeping them within six points of the Nittany Lions who had dominated total yardage 293-93 but only led 13-7 in the first half.

The next week, Chrisman was even better during a win at Michigan State, dropping all five of his second-half punts inside the Spartans’ 6-yard line with help from gunner Terry McLaurin.

Following the 2018 campaign, Chrisman was named to the Ray Guy Award watch list ahead of the 2019 season. The award is named after punter Ray Guy, who was an All-American at Southern Miss and six-time All-Pro for the NFL’s Oakland Raiders. B.J. Sander is the only Buckeye to win the award, punting 82 times for a 43.3-yard average in 2003.

Reliving his quarterback days at La Salle as a fourth-year junior, Chrisman completed a 21-yard pass to tight end Luke Farrell on a fake punt on fourth down in the second quarter of the 2019 Big Ten Championship Game against Wisconsin.

Haubeil earned third-team All-Big Ten honors as a junior in 2019 and placed his name in the Ohio State history books, helping him gain national recognition.

The Buffalo, N.Y., native ranked second in the nation with 85 extra points, which ranks second in school history to Sean Nuernberger’s 89 in 2014.

Showing off his power, Haubeil also tied Mike Nugent (twice), Dan Stultz and Gary Cairns for the second-longest field goal in program history with a 55-yarder at Northwestern. 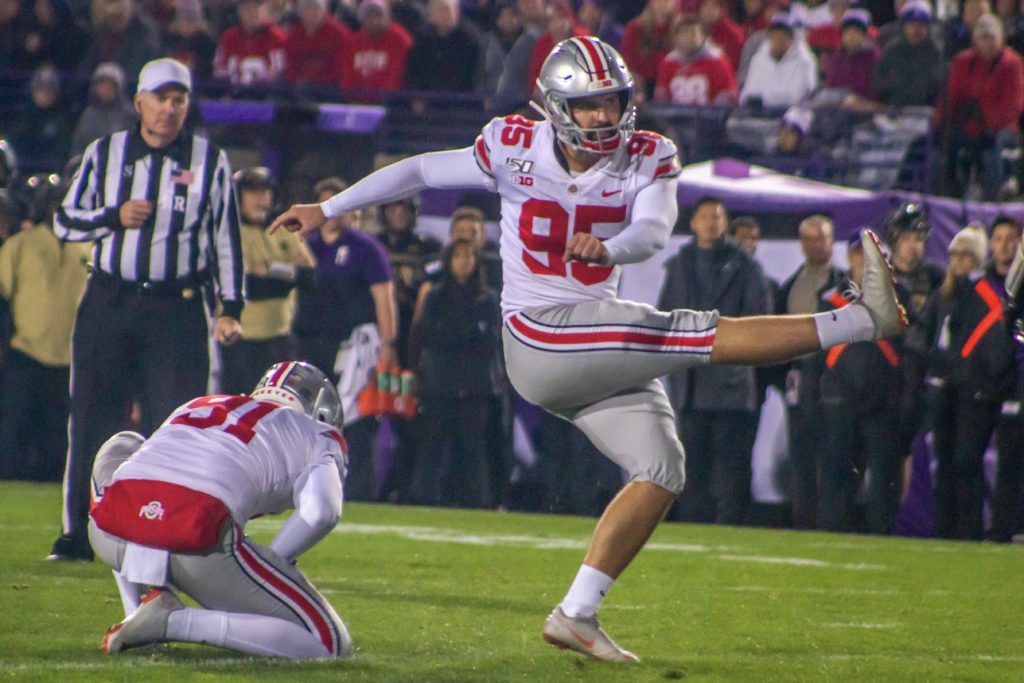 The only Buckeye to win the award in the 28 years since its installment was Nugent in 2004.