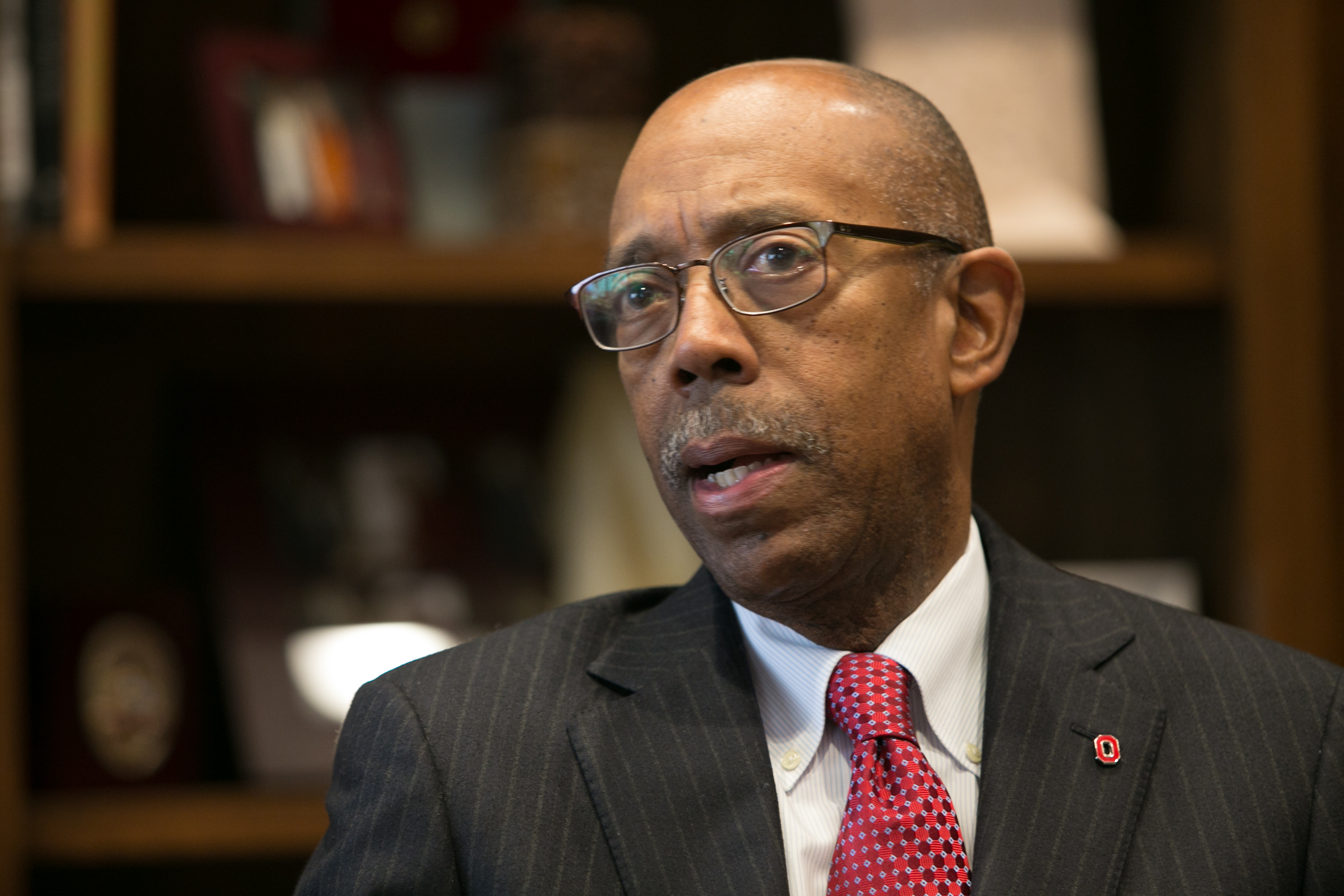 Outside of short statements released through the university since it placed head football coach Urban Meyer on paid administrative leave and created an independent board for the subsequent investigation, Ohio State president Michael Drake has largely been silent on the ongoing matters as they have unfolded.

However, in an interview Thursday with WOSU’s All Sides, Drake delved deeper into the process and provided an update on the university’s investigation into how Meyer handled allegations of past domestic violence against former wide receivers coach and recruiting coordinator Zach Smith.

While the university and its independent panel previously projected a 14-day timeline, Drake did not disclose whether or not Ohio State would stick to Sunday as a decision deadline.

“There’s time pressure,” Drake said. “We wanted to have that information as quickly as possible. About two weeks — that’s our projected goal. The investigation’s underway as we speak and it will be finished when it’s finished. The most important thing is to get good information, so that we can make the right decisions going forward.

“Where we are now is that it’s underway and we brought in Mary Jo White from New York with a law firm that had done a large scale of investigations over many, many years. She’s an experienced prosecutor and then a partner in a major national law firm.

“They’re handling the investigation. … Understand that things are moving a pace, so stay tuned.”

Meyer is the main focus as the six-member committee sorts through who knew what and when — particularly about the 2015 incident between Zach Smith and his ex-wife, Courtney Smith.

But asked why athletic director Gene Smith is not being investigated as well after Meyer stated Aug. 3 that he reported the matter to the proper channels, Drake did not directly address the question.

“We’ll say that the team is investigating this particular set of circumstances and I don’t know all of the questions they’re asking or what they’re going about, so I’m waiting until they come forward with information and then we’ll try to use that information to make the best decisions we can,” Drake said. “I don’t know where it’s going or what they’re coming out with.”

Drake also declined to specifically address a question on if Meyer could be fired for his remarks July 24 at Big Ten Media Days, where he lied multiple times about his knowledge of the documented incident between Zach Smith and Courtney Smith in 2015.

“What we’re doing is an investigation to find out exactly what happened, why, what the context was, etcetera,” Drake said. “Well, I’m going to wait until I know those things before I make conclusions. I’ve been doing my best possible job to keep an open mind. As I said, stay tuned.”