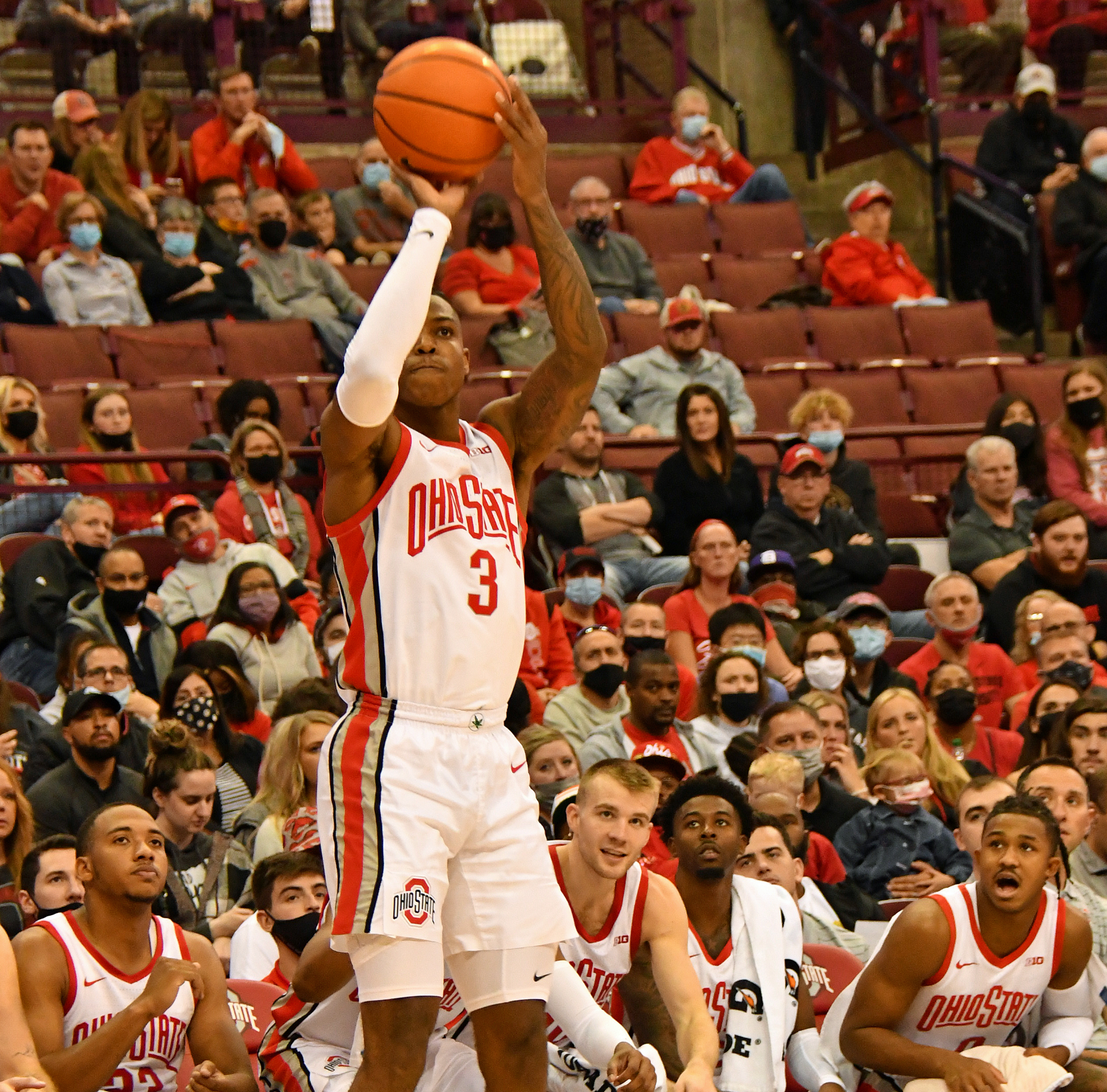 Traditionally, Ohio State doesn’t like to open its men’s basketball season with a huge challenge. The nature of the college basketball preseason is such that, even with secret scrimmages and exhibitions, coaches don’t really have a great grasp of their teams entering the season and would prefer not to learn of the holes in their roster the hard way. A tune-up game or two against a lesser opponent can make for an easier transition than an immediate defeat at the hands of an equally matched opponent.

Though it wouldn’t be fair to describe Ohio State and Akron as “equally matched,” the Zips are quite a bit better than the standard fare for the Buckeyes to open their season against – making for an interesting dynamic entering the Nov. 9 matchup, slated for 6 p.m. in Value City Arena. To make matters even more intriguing, this is an especially significant matchup for Ohio State head coach Chris Holtmann, who went to college with and then coached alongside Akron head coach John Groce.

“This is the toughest home opener we’ve had in our four-plus years here,” Holtmann said. “I’m looking forward to playing a really good Akron team. Obviously, I have a close personal relationship with (Akron head coach) John Groce, he’s a dear, dear friend. Our families are close, we went to college together and he gave me an opportunity when I was a young – younger – low-major assistant. He gave me an incredible opportunity and we spent a couple of really enjoyable years together at Ohio where he did a phenomenal job, leading them to a Sweet 16 and winning a couple of NCAA Tournament games. He really did a tremendous job there.

As for this specific Akron group, Groce returns a roster that was 15-8 a season ago and won the MAC title in 2019 before the season was cut short by COVID. It has been one of the MAC’s better program’s since Groce’s arrival and has its eyes on another conference crown this season after coming up just short last year.

“He’s done a great job with that Akron program, it’s been a great program for a number of years,” Holtmann said. “They won 24 games and the MAC two years ago right before COVID hit, the tournament got taken away from them. Played a top-10 Louisville early in the season to a two-possession game. It’s a talented, older group, a lot of high-major transfers blended in with some guys he’s recruited, and they play just incredibly hard. Really well-coached, he has a terrific staff. I have a lot of respect for this Akron team and I know our guys do too, with their talent and how hard they play and their ability, I think they’re going to have a very good season. We’ll need to play well, for sure.”

The primary difference between this Akron group and last year’s is at point guard, where 2020-21 points leader Loren Cristian Jackson has departed, leaving the Zips with a gap in their starting lineup that has made assessment a bit tricky for the Buckeyes.

“It’s tough because when you’re playing teams early in the year you don’t really know what to expect,” Holtmann said. “They’re a little bit different because they had a point guard last year (Loren Cristian Jackson) who they ran a lot of the offense through (and he’s gone now). As much as possible, early in the season you’re trying to really get good at your stuff and make the appropriate adjustments if you need to. There’s a level of physicality and aggression that Akron plays with that’s really impressive. For us, that’s the first order, we need to be ready for that.”

As for the Buckeyes, expect something close to a healthy group in scarlet and gray. Forward Kyle Young is a game-time decision as he deals with vestibular dysfunction, but Justice Sueing is expected to return, though Holtmann warned that he’ll be a bit rusty after spending much of the offseason dealing with a nagging leg injury.

“We expect Justice to be available as long as practice goes well,” Holtmann said. “Kyle will be a game-time decision, we need to see more progression from him. There’s more doubt right now on Kyle’s availability than Justice’s.”

Ohio State is favored and should feel comfortable about its ability to knock off the Zips and start the season 1-0, but this may be the MAC’s best, and a Big ten squad losing to a MAC group is far from unheard of. To avoid that same fate, Ohio State is taking Akron as seriously as it would any other opponent – and hoping that the work put in this offseason will pay dividends.

“Looking at film, they’re really a good team – talented, athletic,” point guard Jamari Wheeler said. “Going into the game we have to just make sure we do what we do and control the things we can control, and we’ll like the outcome. Go in there, play hard, get stops, rebound the ball and set the rules for the game.”