NFL Recap: How Did The Buckeyes Around The League Do In Week Nine? 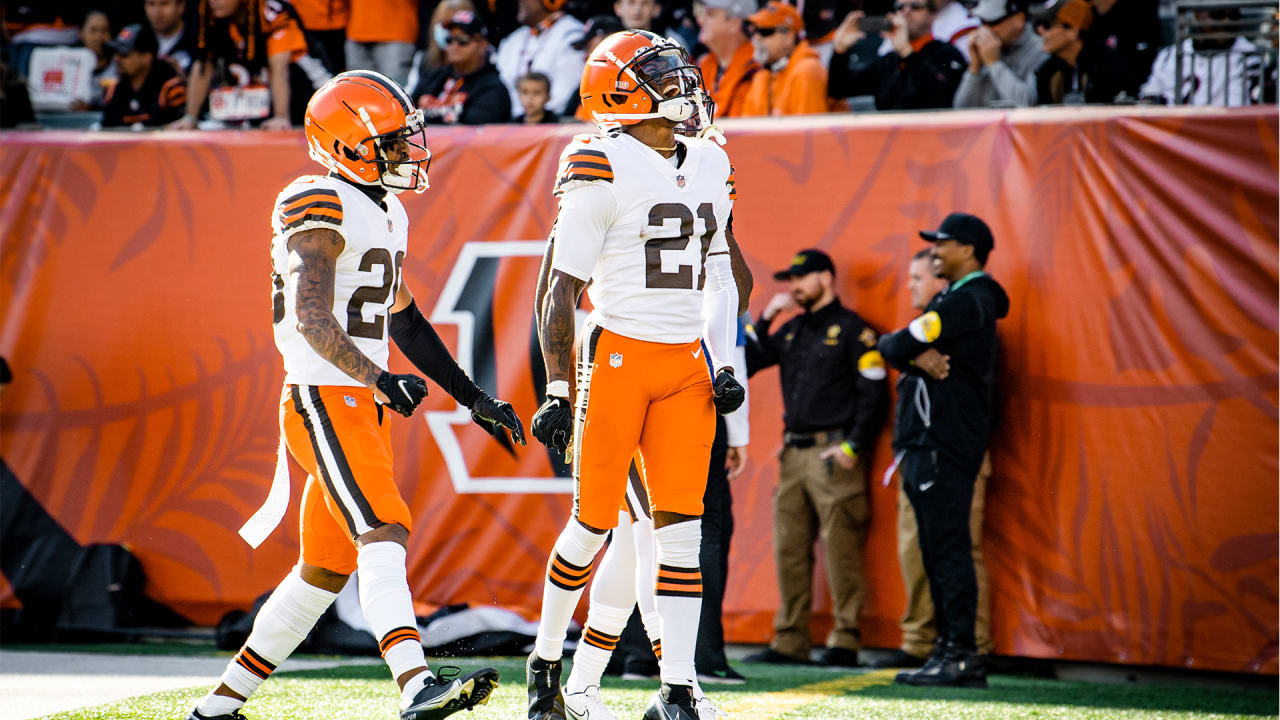 In part one of the Battle of Ohio, Cleveland shocked Cincinnati with a 41-16 win in the Queen City, and the Browns can thank Denzel Ward for his significant contribution to the victory.

On the Bengals’ first offensive drive, quarterback Joe Burrow threw a pass toward the right pylon that Ward picked off and took the ball 99 yards to the end zone for an early 7-0 lead. It was the longest return in Cleveland Browns’ history.

Sam Hubbard recorded one sack and two tackles for loss for the Bengals.

Justin Fields made his first-career Monday Night Football appearance in Week 9 and came up just short on the road in Pittsburgh. The former Ohio State quarterback guided the Bears to three touchdown-ending drives, including a 16-yard touchdown to Darnell Mooney late in the fourth quarter to give Chicago a one-point lead.

Fields aired it out all night, averaging 15.6 air yards per attempt — the second-most by any quarterback in a game this season. His seven completions on balls 15-plus yards downfield are tied for the most by a Bears quarterback over the past 15 seasons, according to ESPN Stats and Info. Fields finished 17-of-19 for 291 yards, one touchdown and an interception.

Cameron Heyward caught Fields’ interception, deflecting the quarterback’s pass at the line of scrimmage and coming up with the football. It was the second interception of his career.

Who needs Von Miller when you have Jonathan Cooper?

After the Broncos traded Miller to the Rams last week, they turned to Cooper, Baron Browning and Dre’Mont Jones to five fans optimistic for the future. Denver blew out first-place Dallas on the road, building a 30-0 lead during the game.

The Buckeye duo of Browning and Cooper combined for 10 tackles, two sacks, two tackles for loss and three quarterback hurries in the 14-point win over the Cowboys. Dak Prescott, who recently returned from a calf injury, became comfortable with the turf on Sunday afternoon.