Ohio State Preparing For Red Hot Wisconsin, Will Have Holtmann 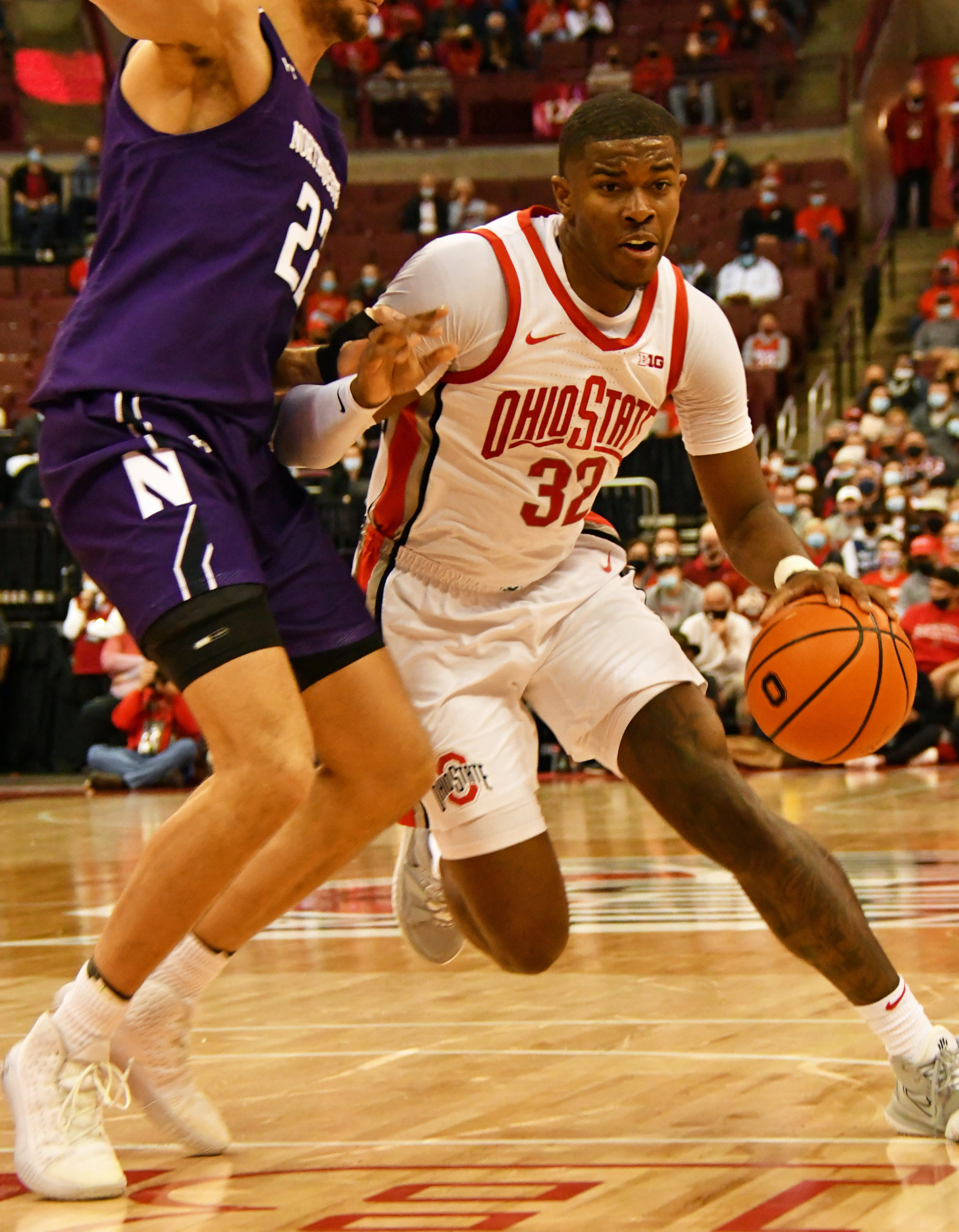 Jake Diebler’s time as Ohio State’s acting head coach is about to come to an end. After an isolation period following a positive COVID test, Buckeye head coach Chris Holtmann is set to return to his team Jan. 13, flying up to Madison, Wi., separately with assistant coach Ryan Pedon (who was also out with COVID) to join his squad ahead of a 7 p.m. matchup with Wisconsin – one of the Big Ten’s hottest teams.

“We’ve done everything virtually, we met with the team and staff, put practice together like we normally do, just virtually. The staff ran practice yesterday and today,” Holtmann said. “I will travel to Wisconsin tomorrow morning and meet with the team.”

The Badgers are winners of five straight games after an early December loss to Holtmann’s Buckeyes, surviving matchups against Nicholls and Illinois State before launching back into conference play with a 74-69 upset of Purdue in West Lafayette, an 87-78 win against Iowa back in the Kohl Center and a close victory against Maryland in College Park on Jan. 9 to improve to 4-1 in league play – tied for second in the Big Ten with the Buckeyes, making this a major matchup in the race for league seeding.

No one has been more important for Wisconsin during this stretch of games than All-American candidate guard Johnny Davis, who is averaging 22.3 points on the season and will serve as a major challenge for the Buckeyes to defend. Holtmann is planning to task freshman Malaki Branham with the responsibilities because of their physical similarities but understands that he’s asking a lot of Ohio State’s newfound No. 2 scoring threat.

“We did not defend (Davis) well early and it’s going to be a big challenge for Malaki,” Holtmann said. “Malaki has to be better in this game and it’s a lot to ask of a freshman. He’s going to be guarding an All-American and then hopefully he can continue to play at the really high level he’s been at. It’s a big challenge.

“With a guy like Davis, though, it is a collective, team thing. He’s so good at getting to his spots, he has such burst and athleticism, and he can make shots at all three levels. You just have to make it difficult for him, and then you have to eliminate some of the impact that the other guys have.”

Also critical for the Buckeyes in their second matchup with Wisconsin – especially after a dominant 73-55 showing in the first – is the game on the boards. Wisconsin is without a dominant big man in the scoring department but has found success on the boards all season, and the Buckeyes have struggled at times in keeping teams out of the paint and away from second-chance points.

Just days ago, Indiana outscored Ohio State 38-10 in the paint after winning the rebounding battle on the way to the largest loss of the season for the Buckeyes.

“We need to keep them off the offensive boards,” forward Kyle Young explained. “That’s been something for us that we’ve struggled with this season, so we’ve been focusing on getting our defensive rebounds, not letting teams get extra possessions. We’re trying to key in on that every game moving forward, but in this one especially.”

For Ohio State, the battle serves both as an opportunity to claim a key win and a chance to flex its game planning ability, with the increased focus that comes with playing a team a second time in one season, just a month apart from each other.

“What changes is the attention to detail, you’re going to know more about the team the second time you play them, especially as you’ve seen them play a few more times,” Young said. “Their prep for us is going to be more detailed, there going to have a better plan against us just like we are, and they’re playing really well right now. We’re excited for this game, they’re a really good team and we’re going to do our best to be ready.”