Ohio State Preparing For Battle Ahead Of Michigan State 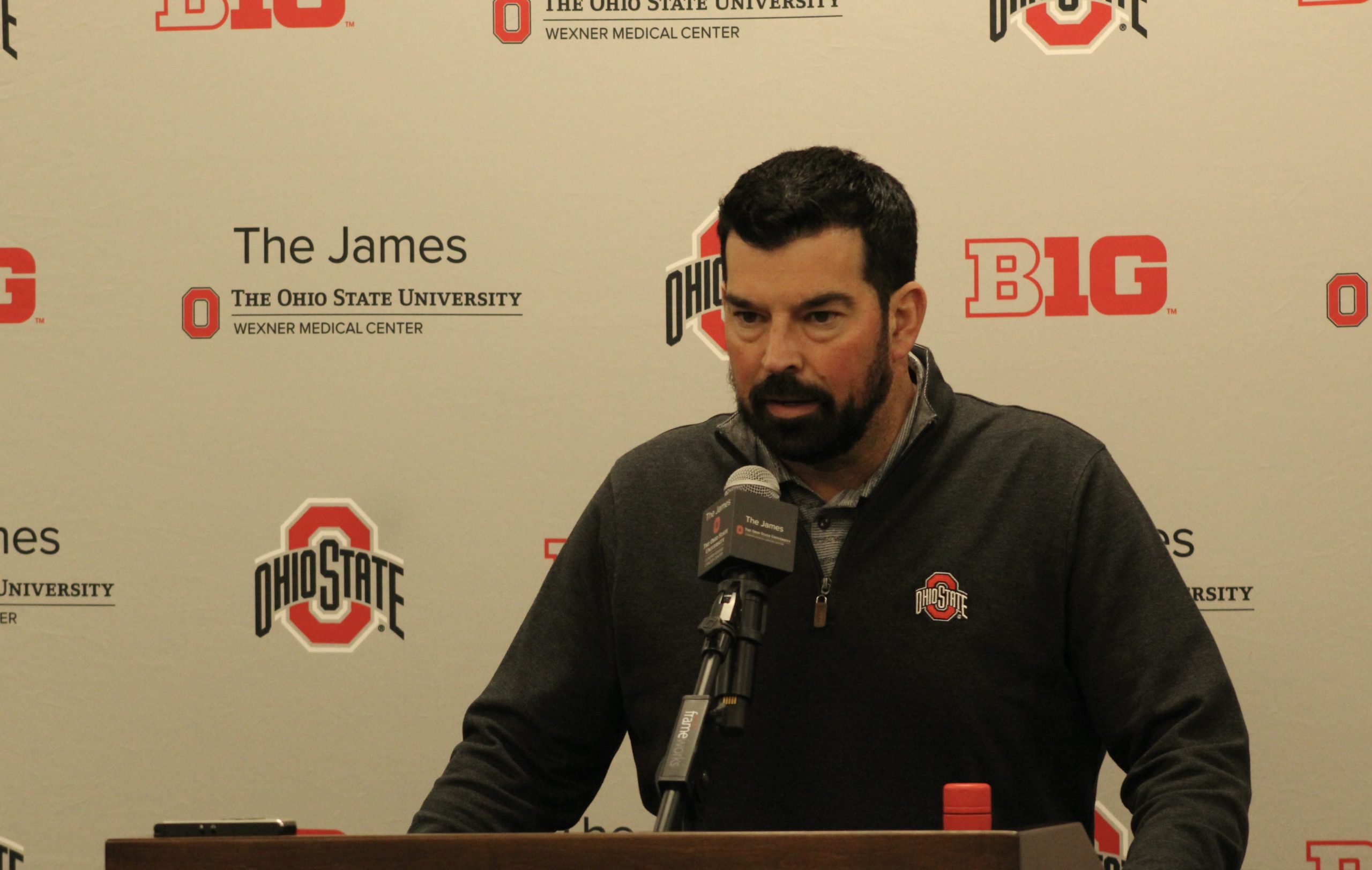 The last time Ohio State squared off with Michigan State, it did so without head coach Ryan Day. The Buckeye leader had tested positive for COVID in the days before the game and was not allowed to be with the team in any capacity as he went through the Big Ten’s COVID protocols.

Included among that was an inability to travel with his group and represent it on the sidelines in East Lansing, with defensive line coach Larry Johnson taking on the role for that week and in term serving as Ohio State’s first Black head coach. The shorthanded Buckeyes would survive their challenge with ease, winning 52-12, but it was far from an easy week for Day.

“I thought about that the other day when I was that there were some outbreaks across the country,” Day said. “I thought back on last year and what that was like. I never want to go through something like that again. That week, in particular, was very difficult but it was great to see the leaders in our staff step up, going on the road. We had a bunch of people down that week, some staffers, players, so it was a big challenge. But we learned a lot about our players and the culture of this team to go see that happen, and I was proud of that. But it was not easy at all.”

Because of his experiences a year ago, the Buckeye head coach is taking more time than ever to appreciate college football’s return to normal.

“It’s great to see the fans in the stands,” Day continued. “Every once in a while, I take a look at the stands this year and when things are going well, you smile because you know they’re enjoying themselves. They’re having fun back together again, 100-plus thousand people in a stadium after the touchdown… I mean that’s what this is all about. It’s been great to get back in there, even going on the road into hostile environments. That’s one of the reasons why you coach.”

However, as Ohio State enters another matchup with Mel Tucker’s Spartans, Day and his staff are dealing with a different set of significant challenges, due in large part to the indelible fact that these Spartans are not those Spartans. A 52-12 win with much of the starting lineup is not in the cards for the Buckeyes this season. After an offseason of turnover and more than a dozen new transfers working into the program, Tucker has MSU rolling as well as it has in years.

A loss to Purdue to open November serves as the lone mark on MSU’s otherwise sterling resume, featuring a win over top 10 in-state rival Michigan on Oct. 30, 37-33. The Spartans enter Columbus as a consensus top 10 team and they featured as the No. 7 squad in last week’s College Football Playoff rankings, behind the Wolverines by only one spot. For the Buckeyes, it’s the first of what could be back-to-back Big Ten East title games, followed (if they sweep) by an actual conference title game against the West’s representative.

“This has been quite a year for the Big Ten,” Day said. “When you look at the second half of the season in this league, there have been some unbelievable games, some really good matchups and it’s just week in and week out. We’re finding out who can sustain in November. There are no weeks off. After the bye week, it’s all conference games. And they’re with very good teams, top to bottom, so we have to bring it every week. That’s the challenge right now. It’s a long stronger this year than in the last couple years.”

But these Buckeyes can’t yet look ahead to that, with Michigan State as the lone focus in Columbus until the clock hits 0:00 Nov. 23.

“They’re a very good team, they play with really good energy and I think they’re really believing in what Mel is doing up there,” Day said. “He certainly turned that roster quickly, over into a championship-level roster. They have really good players, they’ve played well, they have a good scheme. It’s a challenge across the board.”

Chief among the concerns for the Buckeyes is halfback Kenneth Walker III, a transfer from Wake Forest who has burst onto the national scene at Michigan State and leads both the Heisman race and his own offense. Walker nearly beat Michigan by himself and has dominated every time MSU has needed him to this season.

“He does have great patience,” Day said of Walker. “He’s running the ball better than just about everybody. Their line does a good job, they have a very good offense in general and he’s a big part of it. He makes a lot of guys miss in the hole.”

“We need to do a great job up front in defeating blocks, and then it’s going to take more than one guy to bring him down,” Day said.