Ohio State Prepared For Camp, Not Yet For Games Around COVID-19 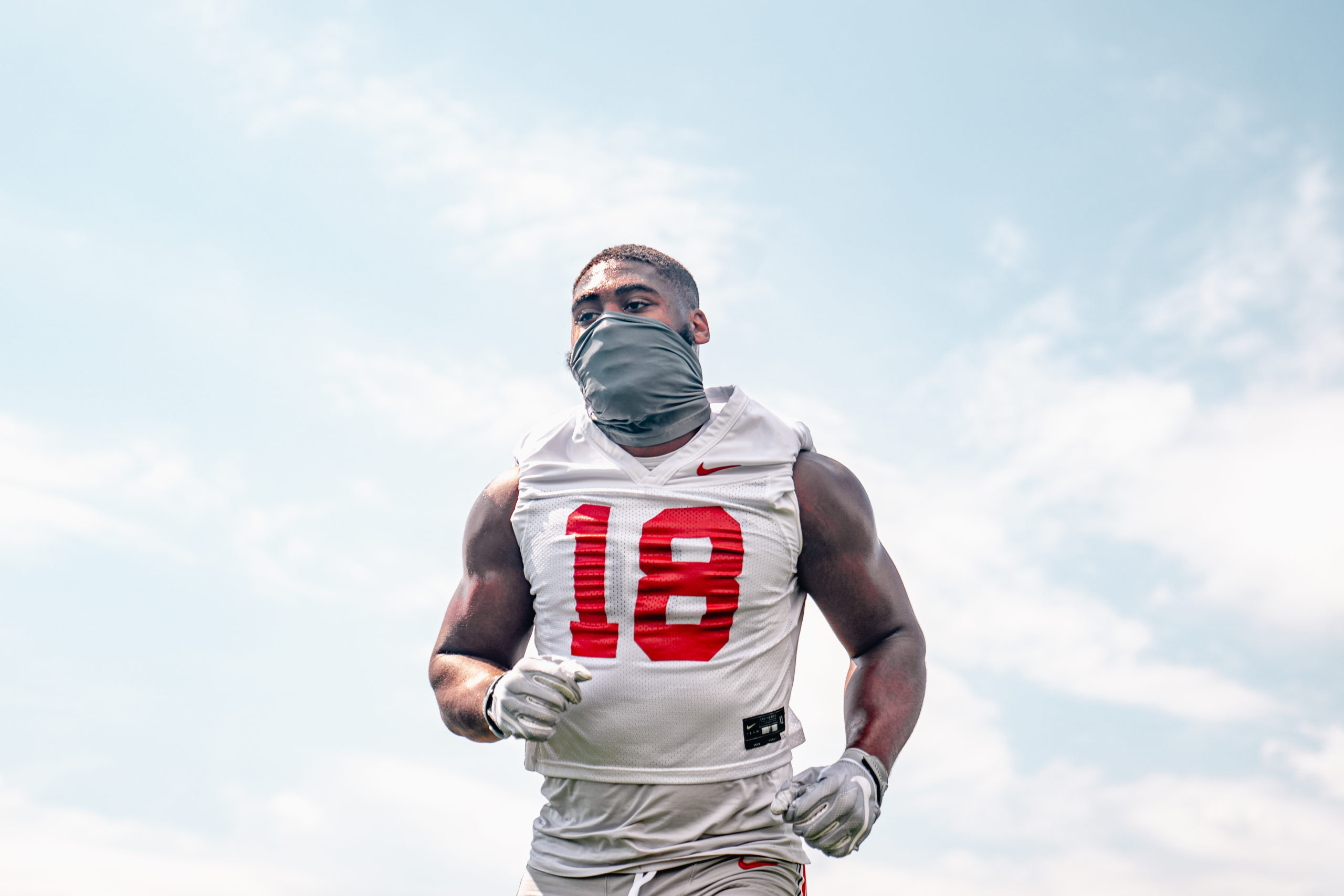 When the Big Ten announced its plan for a 10-game conference football schedule on Wednesday, Ohio State was already less than a month away from its first game, which is currently slated as a Sept. 3 matchup on the road against Illinois.

On Thursday, the Buckeyes began their fall training camp, and head coach Ryan Day sounded optimistic about where his team stood as far as the safety precautions being taken by Ohio State to help prevent the spread of COVID-19.

“We feel great about training camp in terms of where we’re at with our testing and the way that we’re handling our protocols and procedures,” Day said in a Zoom call with the media Thursday. “Our training camp protocols and procedures that we shared with our team, with our coaching staff and then with their parents, and I think that’s really well thought out and there’s been a lot of back and forth there, and we feel strong about that.”

But outside of Columbus, there are still some unknowns that have to be answered.

Ohio State’s first two games on the schedule are against Illinois, followed by a Sept. 12 home game against Rutgers. Within the past few days, both of those football programs have had outbreaks, with the Fighting Illini having at least 18 positive cases on the team since returning for workouts back in June and the Scarlet Knights having 28 players test positive as of Aug. 4.

Those concerns, along with some unanswered questions by the Big Ten involving games being played, has Day not quite ready to say that games can be played.

“I’m comfortable with us starting training camp. I still think that in order to play a game? Not yet,” Day said. “I think the Big Ten did a wonderful job yesterday of laying out some of this stuff that, as we get into the competitive season, some of the details and protocols moving forward, but certainly there’s more details to be ironed out before we go play that first game.

“I would say right now we’re not quite ready to play a game yet, but I know the Big Ten and the commissioner’s office is working really, really hard to put all those details together so that we all can feel strong once we get a lot of those details, but (Aug. 5) was a great step forward for us.”

Day said that Ohio State is currently staying focused on one day at a time and in continuing to develop and keep up the safety precautions as a program, while the Big Ten takes its time to get everything right.

There are less than four weeks until the Buckeyes are scheduled to be taking on an opponent, but for now, the focus stays in Columbus.

“There’s just a lot of things that need to be worked out, and they’re working really, really hard and they’re doing a great job in the Big Ten office to try to come up with those answers, and it’s ever changing,” Day said. “Certainly testing and contact tracing and all of those things are right at the forefront of the conversation, and as time goes on here in the next couple of weeks I know that we’re going to come up to a conclusion on a plan and a way to attack that, and when we do, we’ll cross that bridge when we get there.

“But right now, we feel great about our training camp.”