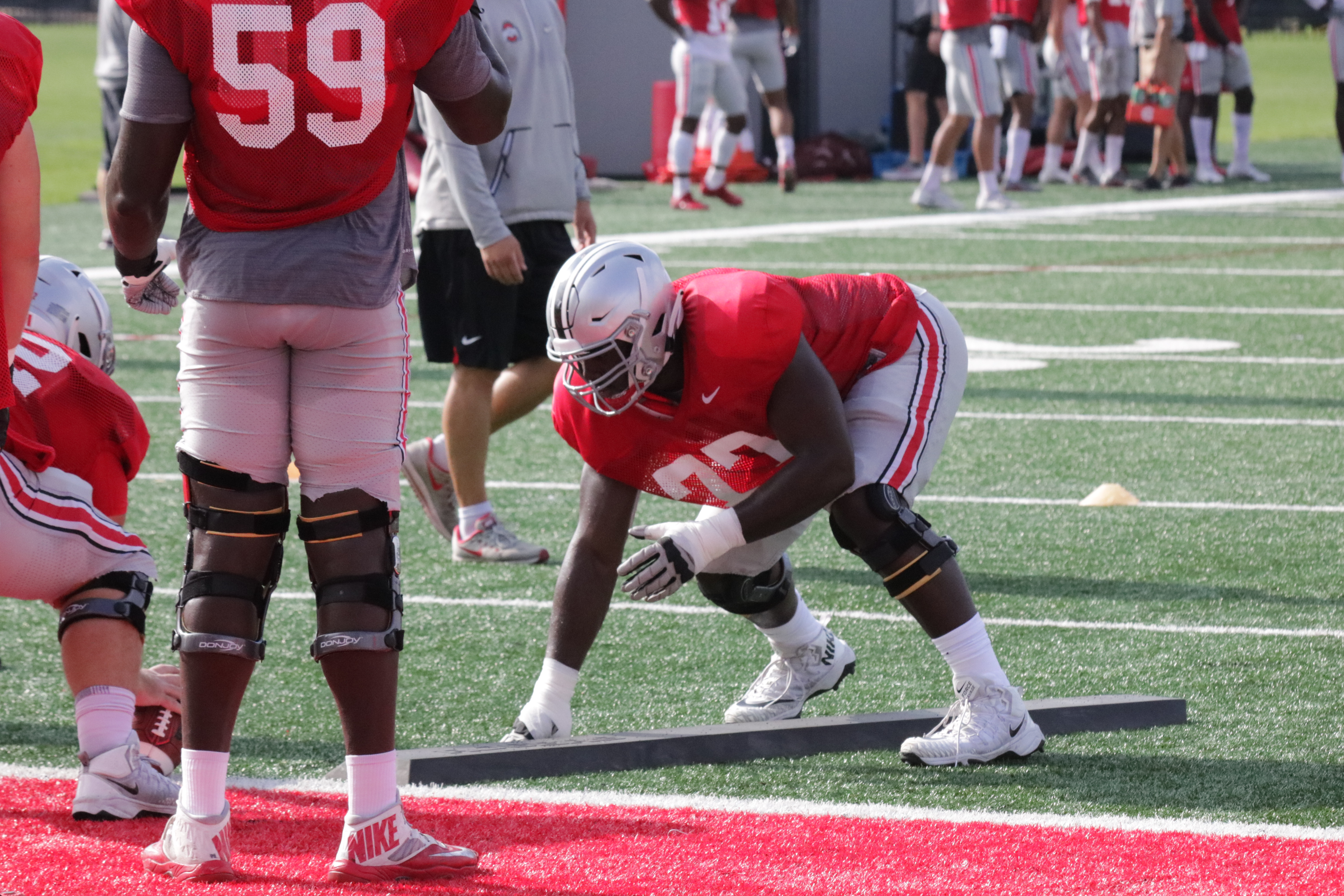 Nicholas Petit-Frere committed to Ohio State on 2018 National Signing Day and his pledge to the Buckeyes came with much fanfare. Petit-Frere was the consensus No. 1 offensive tackle in his class, and the five-star prospect was 247Sports’ No. 7 overall player.

The Tampa (Fla.) Berkeley Prep product committed to the Scarlet and Gray in a time of need. The team’s best two linemen, tackle Jamarco Jones and center Billy Price, had departed for the NFL, and the program lacked depth on the offensive line.

Bringing in a blue-chip lineman incited Buckeye fans with optimism as filling that void meant a lot to the program, but Petit-Frere didn’t commit to the Buckeyes just to add depth.

“I could tell you that a lot of fans were really up in arms about me coming here,” Petit-Frere said in December. “They’re all excited about me here, but no, I was just happy with my decision. I made a decision because it was the best fit for me academically and athletically.

“I love the coaches here and I love the people here, and I love the players here. So I really didn’t think of it as a restocking issue, more of a, ‘What’s the best fit for me?’ And this place was.”

Academics hold immense importance for Petit-Frere, who graduated high school with a 3.8 grade-point average and was inducted into the National Honor Society.

Petit-Frere took a redshirt as a freshman, focusing on learning the offense and adding weight. Listed at 270 pounds in high school, the Tampa, Fla., native stands at 6-5, 288 with spring camp approaching, and credits assistant athletic director for football sports performance Mickey Marotti for helping him become bigger and stronger.

“I’m trying to hit 300, trying to have a playing weight of 300, that’s what they really want me at,” Petit-Frere said. “You know, just developing that weight. Coach Mick is one of the best strength coaches I’ve ever seen. He pushes me so hard, and he got me to different levels I never even thought I could.”

Once again, the Ohio State offensive line produced an NFL prospect in converted center Michael Jordan. Sending so many guys to the NFL is great for recruiting, but opens up vacancies at critical positions. Who will start in the trenches remains to be unseen, but Petit-Frere is just eager to get back to work.

“Getting a chance to really learn more about the offensive line,” Petit Frere said of what he’s most excited about. “Practicing with the O-line group again, getting ready for spring ball and everything. It’s going to be very exciting to see what we have to bring and what we have in store, so I’m very excited for that.”

While excited to get back into competition mode, Petit-Frere knows he must continue to improve. The former U.S. Army National Scholar Athlete is not only a curious student in the classroom, but enjoys learning about the intricacies of being an elite lineman.

Throughout his first year in Columbus, Petit-Frere spent a lot of time weight training, practicing technique and studying film. The tight-knit Ohio State offensive line group helped show him the ropes and become a part of the brotherhood.

“These guys are my brothers, I love these guys from every single day until the day I die. These guys are probably some of the best friends I’ve ever had in my life and I’m really glad to be here.”