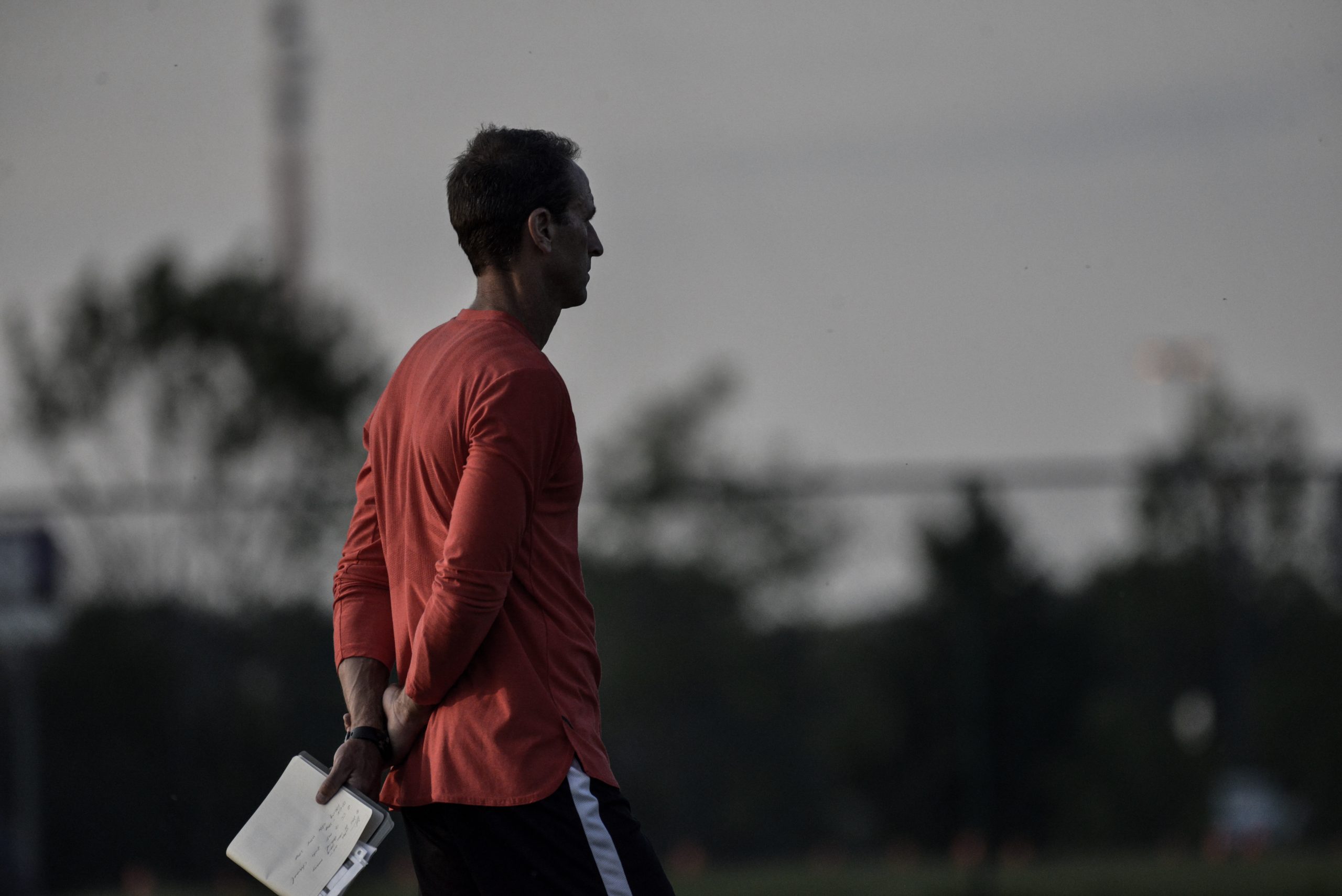 Note: This story originally appeared in the Oct. 3 issue of Buckeye Sports Bulletin.

Ohio State’s fall Olympic teams are going to have to wait a little bit longer than usual for a return to play after what has probably been the most chaotic offseason of all time. The university announced on Sept. 19 that its fall Olympic sport programs are preparing for a spring season, which will allow the Buckeyes to remain consistent with the Big Ten and NCAA, which have agreed to move non-football fall championships to the spring season.

Though the wait may not be ideal for athletes and coaches who have been living in uncertainty for months, the long-awaited arrival of a true path forward with an end point to plan for and look ahead to serves as a major weight lifted for the Buckeyes impacted. A spring season may not be ideal, especially for sports such as soccer and field hockey that are played outside and dependent heavily on fall weather, but a chance to play is a chance to play, especially in the wake of a devastating pandemic.

“I think that the biggest thing, for us, is just we’re excited to have an end in mind right now,” first-year women’s volleyball head coach Jen Flynn-Oldenburg told BSB. “When things were canceled or postponed back in August, we continued to train and to get better because we needed that time that we didn’t have in the spring, but it’s still a little hard to have a road map and say, ‘Let’s go,’ and not really know when and how we’re going.

“In terms of preparation, now that we know the championships are in April, we have something to work back from and we’re going to plan accordingly. We’re going to continue to train and get better. The next couple of weeks are going to be really dialed in on our skill work and individual touches with the idea of, when we get back after the holidays, we’re in team training and we’re going to get after it.”

The feeling of relief and of excitement for a way forward is one shared by just about every fall sport coach on campus.

While the opportunity to prepare for a season with an actual starting time in mind presents a return to normalcy, constant reminders of the bizarre circumstances remain an obstacle to be worked around in all ways that coaches and athletes interact.

“I think it’s obviously been an adjustment,” said field hockey head coach Jarred Martin. “This will be the first time that field hockey or any of the fall sports will play in the spring. It’s definitely memorable.

“It’s been really helpful though, that the NCAA aligned with the fall championships and moved those to the spring. So our season moving into the spring actually helps us as we prepare. The Big Ten is one of the best conferences in the country for field hockey. So for us to be our sharpest going into an NCAA tournament, that’s actually going to set us up nicely, I think, for us to do our best as a conference and obviously, for Ohio State.”

Among those obstacles in a suddenly extended offseason is the need for safety precautions. Ohio State’s largest programs, like the football and basketball teams, have no issues with keeping up with the social distancing and safety guidelines needed to ensure the safety of athletes. For the Olympic sports, however, fewer support staff members and more strenuous practice requirements have created a pretty steep learning curve for coaches who are already managing the longest offseason of their careers.

On top of that, these are sports that are traditionally completed by the time the fall semester ends, which gives athletes an opportunity to return home on break. That break is still in the calendar, meaning that fall coaches will need to take a cue from the winter sports and learn to reacclimate players after an extended off period.

“We have some restrictions, so we have to adhere to those, and there’s some stuff that we can work on with that,” men’s soccer head coach Brian Maissoneuve said of the social distancing and safety requirements. “Also, we do have a handful of new guys, so we’re getting them integrated and just working on the areas that we can in order to get better for the spring. Obviously when we come out of that Christmas break, it starts the new semester. We’re not going to have a lot of time to get them going before our possible first game date. So whatever we can get accomplished in certain areas this fall, we’re definitely going to do.”

“The girls are together,” Martin said of his team. “We want to make sure they’re taking care of their academics obviously, as the online model and hybrid, it’s a different format. So especially for our newcomers, making sure they know about the resources that are around Ohio State.

“And I think looking forward, it’s about ‘how do we finish up this semester?’ Our season usually finishes up around Thanksgiving. So what do we do up until the end (of the semester), but also, usually our holiday break is very low-key. It’s a time where we don’t have a spring season to prepare for. So I think that will look different with making sure that the athletes are able to go home, see their families, relax a little bit, but know that there’s a season on the horizon that we need to stay focused and work hard for.”

Even if everything goes exactly to plan for these programs in fall and winter practice, this season is not likely to ever reach a place of normalcy or comfort for anyone involved with it. The rescheduling of the NCAA fall championships for the spring provides these teams with something to play for, but nearly a year and a half spent away from actual, in-game action is taking its toll on teams that now have to wait for six more months to return to play.

“Probably every emotion you can think of went through them,” Oldenburg said of her team when it received the news of a new start date. “They were so excited to start competing. We have a really competitive bunch that we could play little silly games, like minute-to-win-it games, and they’re talking trash. They’re very competitive, so I think taking that element out of the fall was tough for all of us. It took a day or two to give them time that they needed. Some wanted to come back in the gym right away and train, so we gave that opportunity for those that wanted, and then it’s just, ‘Let’s get back to work. Let’s use this time to get better and get stronger and not rush into matches.’”

“I think it’s just having the right mindset. If the leaders – and I’ll include our administration in that – our leaders are on that page, then you have people that will follow. I’m fortunate that I have players that are going to follow us, so they’re doing okay.”

“It was hard,” Maissoneuve told BSB. “It was emotional. You spend all summer long getting prepared for the fall. And everybody knew there was a lot going on, but all we kept talking about is ‘let’s stay focused on what we know,’ and back then, preseason was going to start on Aug. 11. So guys were focused and getting fit and getting sharp and getting excited for the season.

For the coming months, the name of the game for Ohio State’s Olympic programs will be consistency, be it in practicing, workouts, messaging to athletes and even away from the field, in the (virtual) classroom. But finally having something to work toward is more important than anything else.

“I just want to play,” Maissoneuve said. “I’m excited to get out there. Trainings have been a little bit different because we’ve had some restrictions, but just in terms of preparing for the spring, I just can’t wait to get back out there.”