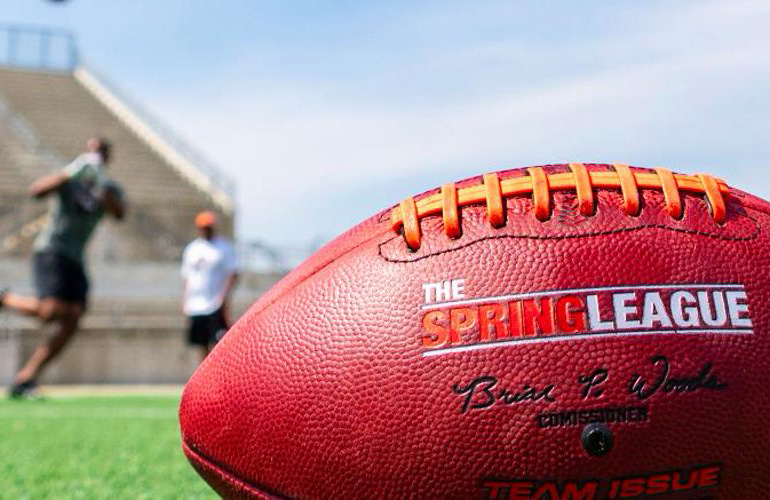 Former Ohio State quarterback J.T. Barrett’s professional football career will continue after The Spring League announced on Monday afternoon that he’s one of 12 quarterbacks participating in its upcoming season.

Barrett – who finished his college career (2013-17) with a school-record 38 wins, 9,434 passing yards, 3,263 rushing yards and 147 total touchdowns – signed with the New Orleans Saints as an undrafted free agent in 2018. He also spent time with the Seattle Seahawks and Pittsburgh Steelers, but has yet to see NFL action beyond the preseason.

Barrett is the only former Buckeye playing in the league, but he will be joined by former Michigan quarterback Shea Patterson, whose Blues take on Barrett’s Alphas in the first game of the season.

The Spring League is a development football league that started in 2017 and typically takes place between March and April, holding practices and games in front of NFL scouts. The season was postponed amid the coronavirus pandemic and will now be played in a bubble at the Alamodome in San Antonio.

The four-week regular season will begin on Tuesday, Oct. 27, and conclude on Wednesday, Nov. 18. Games will be broadcast on Fox Sports 1, including the championship game on Monday, Nov. 23.

As for the quality of Barrett’s competition, the league “hoping that the reduction in NFL rosters, the cancellation of the CFL and the number of college players who opted out will add quality talent this fall,” Sports Business Journal’s John Ourand said. “It plans to return for a spring season in 2021.”